Yes, the longer we don't hear specifically that he is out or he is back means that Mara is putting it in the hands of the new GM.

If Judge is "expected to do some Zoom press conferences after" team meeting doesn't this mean that he's still the HC?

Fired head coaches don't do (Zoom) press conferences right after they're fired.
Mara could punt the decision
JonC : 1/10/2022 11:30 am : link
to the new GM, but that would be considerable lost time in finding a new HC.
I refuse to believe they don't know
djm : 1/10/2022 11:31 am : link
and they are bringing Judge back. Just walk me the fuck off the plank, blind folded and tell me I am just taking a nice stroll on the beach.
Just because Judge is meeting with Mara
3putt : 1/10/2022 11:31 am : link
doesn't necessarily mean the meeting is entirely about whether Judge comes back, does it?

That just doesn't make sense. It be a gutless move for an owner to leave the firing to an INCOMING GM.

You also want the new GM's first press conference to be an uplifting time, not one where he has to address whether or not he's going to fire Judge.
You CANNOT wait for a new GM to make this decision
Kanavis : 1/10/2022 11:33 am : link
Because he will be hired with his opinion of Judge in mind. We don't need to see anything further. He isn't an NFL coach right now. There is almost no one who thinks so.
RE: Mara overcomplicates things.
Essex : 1/10/2022 11:34 am : link
In comment 15541624 Ten Ton Hammer said:

Exactly just tell Judge that we are hiring a new GM and he will decide. you can make your case to him, but I am. not going to force his hand either way. Done. That is how a smart organization does it
Biggest laughingstock in sports history
Justlurking : 1/10/2022 11:34 am : link
Fuck you John and Chris Mara. Disgrace. Sell the fucking team. LOSERS.
RE: You CANNOT wait for a new GM to make this decision
Essex : 1/10/2022 11:34 am : link
In comment 15541636 Kanavis said:

As long as you hire him with the ability to fire Judge, its no big deal. Trust me, a new GM is not going to want Joe Judge.
You want a glimmer of hope?
Mike in Long Beach : 1/10/2022 11:35 am : link
Think of the pathetic Dave Gettleman retirement party on the field yesterday. For better or worse (obviously for worse) Mara has great affection for these guys.

If they're going to let Joe Judge go, Mara's already proven with Gettleman that he has this desire to let them go on their own terms. I just can't fucking possibly comprehend they see any scenario where keeping Judge is the right move. It's just that obvious. So I'm wondering if they're going to let Judge speak to the media and tell the world they've "mutually decided to part ways" and suck each other off for 20 zoom minutes.
RE: Mara could punt the decision
Essex : 1/10/2022 11:36 am : link
In comment 15541619 JonC said:

But you don't want to hire a coach until you have the GM lined up, so I don't see the downside to leaving it up to the new GM. Just hire the new GM quickly and they should be way ahead of the game on that because they have known for a while they will need one.
If Judge is retained...
bw in dc : 1/10/2022 11:36 am : link
another Mara Mandate has been issued:

GM must be willing to work with Judge. And Jones.

Can you think of eve one "smart organization" that has actually let an incoming GM decide whehter he wants to keep the HC?
Agreed...
Kanavis : 1/10/2022 11:40 am : link
Let the new GM pick the coach...but let him start with a clean slate. Leaving the decision to someone else is completely gutless. 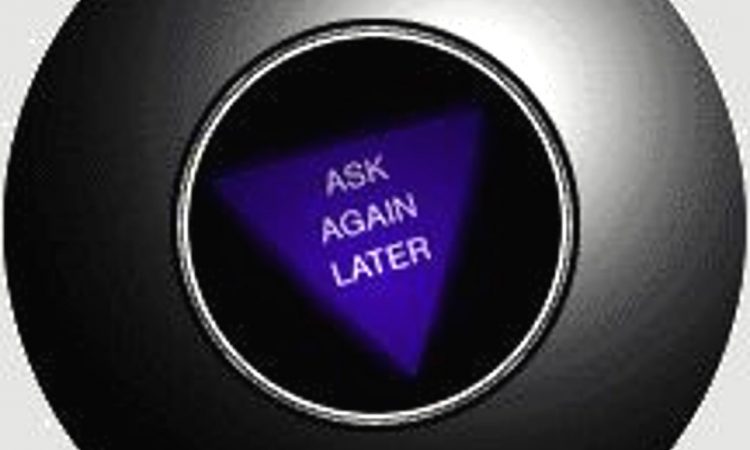 The difference is that if you can't even come up with one example of an owner not firing his HC at the end of the season and passing that decision on to the incoming GM, then it's not what smart organizations do.
The fact
darren in pdx : 1/10/2022 11:45 am : link
they haven’t announced anything whereas other teams have has me accepting that Judge and Abrahams are going to be retained. I don’t think I’m going to watch the Giants next year if that is the case. Reports are coming out that the players want Joe gone. It’ll be even more of a dumpster fire than this season has been.
RE: RE: RE: RE: RE: Mara overcomplicates things.
Essex : 1/10/2022 11:45 am : link
In comment 15541690 Jim in Tampa said:


Which why not canning Gettleman weeks ago was such a stupid idea. Hell, even have him put out a statement via Hanlon three or four weeks ago saying 'yadda yadda Health reasons' and have a bunch of GM interviews lined up or completed by now.


Hopefully they've been working on GM candidates in the back channels as it's not unheard of. But, they sure do tend to get more wrong than right at the Timex Center.
I could be wrong
Spyder : 1/10/2022 11:50 am : link
but the Giants have not even announced the inevitable retirement of their GM, which should be an easy no brainer.
And they just drag out whatever they're going to do with Judge, which sure as hell seems like they want to do anything to keep this clown.


It depends on philosophy though, right?

Who's calling the shots, the HC or the GM?

If it's going to be the GM, you have to hire a GM first and let him decide on his HC.


And Abrams.
How does this guy stick?
trueblueinpw : 1/10/2022 11:51 am : link
There’s not one single football metric that’s gotten better with Judge as the coach. The Giants are worse this year than they were last year. The offense has been historically bad. The defense has been historically bad. Judge is historically bad. It’s nearly impossible that Judge is a good coach based on all objective data. If Mara keeps Judge it’s for no better reason than that he likes the cut of his jib.
RE: RE: RE: Mara overcomplicates things.
bigbluescot : 1/10/2022 11:52 am : link
In comment 15541658 Jim in Tampa said:


Colts, although I don't know if that's a smart organization given the owners antics and the Wentz trade. But when they signed Ballard, he kept Pagano for a year even though both Pagano and Griegson were on the hot seat. Ballard used that year to reshape the roster, amass draft and cap capital before moving on to Reich (after the McDaniels affair).
RE: RE: Mara could punt the decision
BillKo : 1/10/2022 11:52 am : link
In comment 15541703 bigbluescot said:


Bears and Vikings both fired both today and waited. Were they not concerned?

I think this is basically how it works.

I seriously don’t think I could stand another year of this......
Simms11 : 1/10/2022 11:54 am : link
I’m a Giants fan through and through, but the agony of another losing season without playoffs is so taxing.
When will the Giants stop
JohninSC : 1/10/2022 11:56 am : link
with the half measures? How many years in a row do we need to learn that only removing 50% of the problem isn't the way to do things?
RE: How does this guy stick?
HomerJones45 : 1/10/2022 11:58 am : link
In comment 15541725 trueblueinpw said:
Mara is a study in bad judgment, but there is no logical reason to keep Judge. This is all optics and letting Jawn salve his wounded pride: "gee, I really think we need stability, he's got a promising future, we need to be patient, but we can't be patient in today's environment, we had to carefully consider" blah blah blah. In the end, Judge will be let go: there are too many voices saying he needs to go, including the locker room.


I’m not sure I agree. I think Judge and Jones would be Dead Men Walking in their absolute final year. If it doesn’t work, then the GM gets to do whatever he wants. I’m not even sure there would be any connection between Judge and Jones returning. They’re not picking up that option.

JJ should be let go, but I'm not worried about missing out on a HC.

GM is most important to me, IMO, and that GM probably has a few guys in mind anyway that he's close to.


It's obvious John Mara does NOT want to fire Judge, and he DOES want to promote Abrams. My guess was that he was hoping for a last couple of wins as justification. Even now, he's probably talking to people to figure out how to sell this to the fans (he'll probably use Judge's talking points).

That would explain why he hasn't fired Judge (who should have been shown the door after his rant), and retained Gettleman up to the last second. The man cannot make a decision without checking the polls.

John Mara is showing why he's the worst owner in the NFL right now; he cannot make a decision on his own, he has to have someone to blame if it goes bad. Judge WILL be fired, either this year, or early next year, since there is no way to make this a competitive team in 2022 with the lousy cap management. Mara will let the new GM do it.
When Judge was hired
Spyder : 1/10/2022 12:07 pm : link
the kool aide flavor was so indescribably delicious that day I had visions that this man ( a Bozo) could be our own Bill Belichek Jr, and some day Joe might emulate his mentor and become GM too.

LOL, I must have been loaded that day. Pete Townsend says it best, We Won't Get Fooled Again, NO NO NO....
If he's actually meeting him to hear his plan
widmerseyebrow : 1/10/2022 12:09 pm : link
that's just more embarrassment for this franchise. Show some conviction and fire the guy. Quick meeting.
The minute there were rumors last night
montanagiant : 1/10/2022 12:12 pm : link
That there was an internal debate about what to do with Judge he was going to be retained.