^This. I don't want DG or Judge anywhere near any player personnel decisions. There are rumors that Judge loves Pickett. I'd be furious if we used a top 10 pick on him.

But Judge could be trying to convince Mara that he's failed because he doesn't have his QB, which is ridiculous. Whatever one may think of Jones, he isn't responsible for Judge's terrible clock management and use of TOs, or any of the FA signings or draft picks. Jones was also out for a significant part of the season.
RE: If it is Abrams and JJ...
Gatorade Dunk : 1/10/2022 10:48 am : link
In comment 15541393 SFGFNCGiantsFan said:

Why the fuck does Mara along get to make this decision?
sb from NYT Forum : 1/10/2022 10:49 am : link
Tisch should hire McKinsey or Deloitte or KMPG to do a complete forensic audit of the Giants, without clearing with Mara of course, and claim it is part of his responsibilities on the "business side" of ownership.


Clear the decks. You're assuming a new GM will want to talk to Judge and be tethered to having to make that observation and decision right off the bat.

Very few GMS would want that tar on them out the gate. They'd prefer a clear deck.

So if this meeting started at 9 am or even 9:20, wouldn't he
Dinger : 1/10/2022 10:52 am : link
have been fired by now? I mean what is there to say if Mara's mind was made up? So my thinking is that IF he has been in a meeting since 9, Judge is back. Changes are being made and we are going to have to suffer through another long season after we hear how great an offseason they have. :(
...
SFGFNCGiantsFan : 1/10/2022 10:52 am : link
Man. BBI hampster better be getting OT today.
The problem with all these firings today, Mara can't compete
MartyNJ1969 : 1/10/2022 10:53 am : link
with these other owners for the few qualified coaches out there. he might be better off keeping Judge until next year.
Mara
AcidTest : 1/10/2022 10:57 am : link
comes across as very wishy-washy, someone who agonizes over what are very easy decisions. We have had 10 years of awful football, culminating in the worst season in the history of the franchise in terms of losses. Add in his off the field rants and insults to other teams and former coaches, and this is an easy decision. Yet Mara will keep him anyway, which of course will automatically eliminate any serious GM candidates from consideration.
RE: Why the fuck does Mara along get to make this decision?
AcidTest : 1/10/2022 10:57 am : link
In comment 15541408 sb from NYT Forum said:

I can see it now. Judge wins six or seven games next season on softer schedule and convinces everyone he got a turnaround, then they crater or flatline again in 2023.
It was plain for everyone to see...
Kanavis : 1/10/2022 11:01 am : link
He cannot handle the job. Poor preparation, in game management, and general handling of the team. And someone with his record has NO business insulting former or other coaches at all. Ever.

My fear is that Mara grew so comfortable with the idea of the team pointing up after last year, that he just can't pull the trigger now. He may look for a way to frame his decision to keep JJ and is counting on his snake oil to help him sell it. I hope I am wrong.

The idea of 'let the new GM pick' is unrealistic. Either he stays or does not. Any GM will have to be hired with a stance on JJ clear already. I am not sure what some people envisioning. A long conversation between the GM and Mara, and then careful deliberation about JJ's tenure, and then a decision? A new GM coming in would know whether they want JJ. Depending on Mara's stance, it would affect who is even interviewed.

We all saw and heard what we saw. He cannot handle the job. He is not a good coach right now. No half measures please!!!
"The Carpenter" says Judge is back
lawguy9801 : 1/10/2022 11:03 am : link
which correlates with no word that Judge is fired two hours after the meeting started.

More so than him being back is Mara’s wishy washiness. He went into that meeting with the idea of firing him but wanted to be talked out of it.

If you really believed in him you would have given a public vote of confidence weeks ago.

If you built this up to have a Monday morning meeting where you keep him you cannot fault fans are thinking you are either clueless, soft or both.
Agreed...
Kanavis : 1/10/2022 11:05 am : link
I am done with this team if JJ is retained. Much, much better coaches are being let go today. He cannot handle the job.

And why would we have a GM who needs to tear down, paired with a coach trying to win at all costs to retain his job. They need to cut high-priced players and set themselves up for 2023 now.
I'm dying to hear what Mara's press conference will be like
Dinger : 1/10/2022 11:09 am : link
when he announces Judge is on a short leash and DG is retiring with Abrams taking over. Media better call them all out. They'll pay lip service to Offense will change and Scouting will get better....yadda yadda yadda....getting irate just typing this
Meeting picture
NDMedics : 1/10/2022 11:11 am : link
. 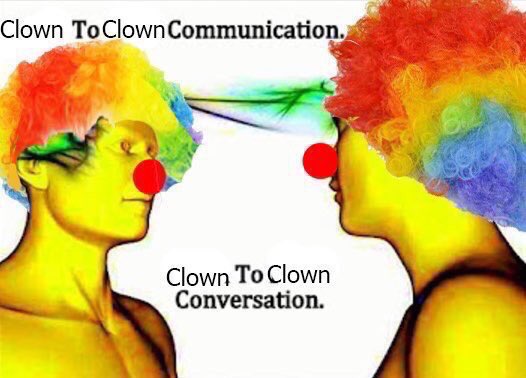 There is definitely uncertainty from those inside the building on what ownership will do with Joe Judge. So they wait. Giants have a team meeting at noon. Judge and players are expected to do some Zoom press conferences after.
RE: I'm dying to hear what Mara's press conference will be like
Essex : 1/10/2022 11:13 am : link
In comment 15541496 Dinger said:


Yes, the longer we don't hear specifically that he is out or he is back means that Mara is putting it in the hands of the new GM.

If Judge is "expected to do some Zoom press conferences after" team meeting doesn't this mean that he's still the HC?

Fired head coaches don't do (Zoom) press conferences right after they're fired.
Mara could punt the decision
JonC : 1/10/2022 11:30 am : link
to the new GM, but that would be considerable lost time in finding a new HC.
I refuse to believe they don't know
djm : 1/10/2022 11:31 am : link
and they are bringing Judge back. Just walk me the fuck off the plank, blind folded and tell me I am just taking a nice stroll on the beach.
Just because Judge is meeting with Mara
3putt : 1/10/2022 11:31 am : link
doesn't necessarily mean the meeting is entirely about whether Judge comes back, does it?

That just doesn't make sense. It be a gutless move for an owner to leave the firing to an INCOMING GM.

You also want the new GM's first press conference to be an uplifting time, not one where he has to address whether or not he's going to fire Judge.
You CANNOT wait for a new GM to make this decision
Kanavis : 1/10/2022 11:33 am : link
Because he will be hired with his opinion of Judge in mind. We don't need to see anything further. He isn't an NFL coach right now. There is almost no one who thinks so.
RE: Mara overcomplicates things.
Essex : 1/10/2022 11:34 am : link
In comment 15541624 Ten Ton Hammer said:

Exactly just tell Judge that we are hiring a new GM and he will decide. you can make your case to him, but I am. not going to force his hand either way. Done. That is how a smart organization does it
Biggest laughingstock in sports history
Justlurking : 1/10/2022 11:34 am : link
Fuck you John and Chris Mara. Disgrace. Sell the fucking team. LOSERS.
RE: You CANNOT wait for a new GM to make this decision
Essex : 1/10/2022 11:34 am : link
In comment 15541636 Kanavis said:

As long as you hire him with the ability to fire Judge, its no big deal. Trust me, a new GM is not going to want Joe Judge.
You want a glimmer of hope?
Mike in Long Beach : 1/10/2022 11:35 am : link
Think of the pathetic Dave Gettleman retirement party on the field yesterday. For better or worse (obviously for worse) Mara has great affection for these guys.

If they're going to let Joe Judge go, Mara's already proven with Gettleman that he has this desire to let them go on their own terms. I just can't fucking possibly comprehend they see any scenario where keeping Judge is the right move. It's just that obvious. So I'm wondering if they're going to let Judge speak to the media and tell the world they've "mutually decided to part ways" and suck each other off for 20 zoom minutes.
RE: Mara could punt the decision
Essex : 1/10/2022 11:36 am : link
In comment 15541619 JonC said:

But you don't want to hire a coach until you have the GM lined up, so I don't see the downside to leaving it up to the new GM. Just hire the new GM quickly and they should be way ahead of the game on that because they have known for a while they will need one.
If Judge is retained...
bw in dc : 1/10/2022 11:36 am : link
another Mara Mandate has been issued:

GM must be willing to work with Judge. And Jones.

Can you think of eve one "smart organization" that has actually let an incoming GM decide whehter he wants to keep the HC?
Agreed...
Kanavis : 1/10/2022 11:40 am : link
Let the new GM pick the coach...but let him start with a clean slate. Leaving the decision to someone else is completely gutless.