I was a supporter until the cowardly taking-a-knee in the second quarter. 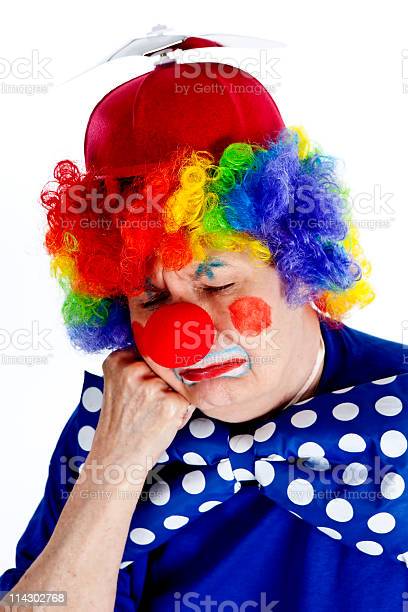 
Money is irrelevant to this conversation. People need to be put in position to succeed by their superiors. The organization has now failed four consecutive coaches after saddling them with many of the exact same problems. Judge needed to go, but he was swimming against the current the entire time.
This is some Boss level shit:
Red Right Hand : 1/11/2022 6:03 pm : link
"I said before the season started that I wanted to feel good about the direction we were headed when we played our last game of the season. Unfortunately, I cannot make that statement, which is why we have made this decision."


I feel the same way. The last few weeks just showed he was cracking. I hope he finds something more suitable to him.
Or Maybe This
Trainmaster : 1/11/2022 6:04 pm : link

Great day!! To a new start everyone!

I dunno. 2003 was pretty rough.
I admit that I bought in to Judge
Matt in SGS : 1/11/2022 6:06 pm : link
I really thought he was going to be the right guy. He said all the right things. Had the mentorship. I didn't even mind the special teams coach thing and thought that could be a positive. But similar to Handley and McAdoo, he never read the room. There is a way to deal with the team and the press and the way the team had injuries, but he came apart late in the season. The culture nonsense. Calling out a respected coach like Ron Rivera. All these things snowballed on him. Now, it's not all his fault, but he didn't help himself.

Last night on my BigBlueVCR account, posted the Ray Handley fight with Russ Salzberg. Russ said that Judge wasn't Handley, but the point was mainly was that incident happened midway in 1991. He came back in 1992 and it was a shitshow of Ray Must Go all season. It would have been Joe Must Go every game. He lost the fans, he lost the media, and it sounded like he was losing his team.

This was needed, it sucks but years of half measures caught up with them. This is a good day for the NY future.
Don't like firing coaches every 2 years
bluepepper : 1/11/2022 6:06 pm : link
but probably the best move with a new GM coming in. We should have fired DG with Shurmur as it was obvious he didn't know how to build a team in today's NFL. I guess they weren't ready to clean house. Now, hopefully they bring in an outsider, let him pick the coach and transform the front office. And yes, they have to give the new guy time. Fans need to show some patience as well.
RE: of course it took them two
Red Right Hand : 1/11/2022 6:06 pm : link
In comment 15546488 Enzo said:
This is a business. Season ended Sunday. They met with judge Monday. Owners met and discussed today, and met again and fired him this afternoon. It's all good, dude, don't make more of it than it is.
The last 6 games made it almost impossible for Mara/Tisch
M.S. : 1/11/2022 6:07 pm : link
to bring back Joe Judge for another season.


It's not the losing that did him in, it's the embarrassment. They would have pinned the losses on injuries. The embarrassment was impossible to dismiss.
I think the story is one of an abundance of false confidence
NoGainDayne : 1/11/2022 6:08 pm : link
IMO the headset thing was both the first crack in his composure as well as an accelerant.

The more the heat turned up on him the more he turtled up on the field. And overcompensated for that turtling off the field. As it is he was too big of a turtle. The solution to having a struggling offense is not to be incredibly conservative, not unless your defense is WAY better than the one he had.
RE: If it quiets the negative bitching in this fanbase, Id support it
japanhead : 1/11/2022 6:10 pm : link
In comment 15546517 NoPeanutz said:


"negative bitching"?? have you seen this team over the last six years?

The next fucking team that does. And one will. Because everyone thinks they can make a shit situation work even though others have failed.

TONS of people would take the Giants jobs. Whether they're any good is a different matter. But it's a prestige job. And everyone thinks they can make a shit situation work even though others have failed.
RE: Interesting......
Red Right Hand : 1/11/2022 6:12 pm : link
In comment 15546500 Kev in Cali said:
The owners had to meet and discuss, as they do AFTER the end of EVERY season, and they had those discussions AFTER they heard from judge at HIS year end meeting. Don't look for shit just for the sake of finding shit.
RE: The last 6 games made it almost impossible for Mara/Tisch
AcidTest : 1/11/2022 6:12 pm : link
In comment 15546788 M.S. said:


I don’t get what you mean by this? They removed Judge to send the signal to all GM candidates that they will not be forcing Judge onto the next GM, I.e. it will be up to the next GM who the coach is. By leaving Judge in it likely was limiting the pool of candidates willing to take the job.


Could be very true.
RE: I wonder what happened between
Red Right Hand : 1/11/2022 6:14 pm : link
In comment 15546508 Mike from Ohio said:
What happened was Mara and Tisch had their own meeting today after they spoke to judge yesterday, just like they are supposed to. Or did you think they should have had the discussion with Judge in the room?
Great News Two Days in a Row
giantstock : 1/11/2022 6:15 pm : link
Gettlemen and Judge did everything they could to insult the fans while the losing kept mounting.

thanks for pointing out when the season ended, lol. I wonder how the teams that managed to fire their coaches before lunch yesterday managed to pull off such a difficult trick!
RE: Mara is not that cheap
shockeyisthebest8056 : 1/11/2022 6:15 pm : link
In comment 15546841 Arkbach said: