Is the HC or GM more important for team success?

You could look at the 07-11 Giants and say the HC was more important.

If you look at the Eagles, you would probably say the GM is the one keeping them competitive, same for the Cowboys.

in KC, you would probably have to give Reid the credit.

This team must get its foundation fixed....the trenches..that is GM with system in mind.
I would say GM
UberAlias : 1/14/2022 11:29 am : link
In the sense that if the HC is not good a good GM should replace him. Very few HC would have the ability to fire their GM. Also, QB is extremely important as well and it's the GM who brings in QB. That doesn't mean there aren't exceptions or that the HC is not extremely important. And I don't think there is a GM out there who is as important to their organization as BB is in NE, so it's not a black and white answer.
RE: That's kind of like saying...
ron mexico : 1/14/2022 11:32 am : link
In comment 15552803 Milton said:

I find it interesting...they think Brady bails him out of poor game planning, as evidenced by how much more dominant they look later in games when he starts taking over the offense.

Not sure I agree, but there's a contingent of fans that pin all of their success on their excellent GM/cap guys and of course Tom. Many of them think Arians is along for the ride.
Interesting thought
Daniel in MI : 1/14/2022 11:42 am : link
A coach with some bad players can get the most out of them and cover for SOME holes, but too many and you’re DOA. (See: out entire last 6+ games)

But a bad coach can be given great players and not use them well. Imagine if the Giants got LT and made him play a rigid assignment drop back read and react style.

I suspect great players will still make some plays and cover for some bad coaching a lot more than a coach can cover for too many bad players. Scheme will only get you so far if your DL gets blown off the ball consistently.
Head coach 100% and it's not even close
Eric on Li : 1/14/2022 11:52 am : link
great head coaches basically set the season floor at .500 regardless of the roster they are given or the number of injuries they suffer in a given year. Payton, Harbough, Arians, McVay, Tomlin, Belichek/Reid/Carroll obviously. Everyone of them except McVay has proven that over decades and at times with backup QBs. Mike Zimmer and Ron Rivera aren't on this level but they aren't far off. The only coaches not in this group to win a SB since Coughlin in SB46 are Kubiak and Pederson.

Of the newer generation Reich, Vrabel, Shanahan, McDermott, Flores, Stefanski, Taylor, Staley have shown the potential to be at that level.

I left Lafleur/McCarthy out because both are tough to judge based on the Rodgers factor.

The reason why all those guys are more important than their Gms is because most of the GMs they worked with have mixed records that pre-date the coaches with different results. Jason Licht came in last place 4/5 years before Arians got to town. The Browns have had 3 GMs in the last 5 years and all had losing records until Stefanski. How many different GMs have Reid and Belichek worked with? How many went on to build anything notable without them?
Both are vital...
bw in dc : 1/14/2022 12:00 pm : link
but it's the HC.

He has to organize a staff, develop/coach players, develop the overall roster, gameplan/strategize, manage the actual game, etc.

Those are huge responsibilities to determine the outcome of a game
With a playoff caliber team, HC probably is more important.
Ivan15 : 1/14/2022 12:39 pm : link
Where the Giants are now, a GM is more needed to organize the chaos.
Ray Handley was left with
David B. : 1/14/2022 12:41 pm : link
George Young/Bill Parcells-built team. We know how that worked out.


Barry Switzer won a SB with a team Johnson built.

All coaches (in ALL sports) are only as good as the talent the GM brings in. Sure, sometimes a good coach can squeeze more out of a less talented group. But the two roles need to work together for success, and ultimately the GM is more important IMO.

The Giants fired coaches when they should have been firing GMs -- particularly when it was Coughlin over Reese. It wasn't Tom's fault the cupboard was bare. FWIW, it wasn't really Joe Judge's fault he had terrible talent either.
RE: With a playoff caliber team, HC probably is more important.
Lines of Scrimmage : 1/14/2022 12:55 pm : link
In comment 15552973 Ivan15 said:

This.
If the definition is making the playoffs then it's the GM
Jimmy Googs : 1/14/2022 1:06 pm : link
If its navigating through playoff teams, who all presumably have pretty good rosters, then the Head Coach catches up in terms of importance.
It's coaching, by far
RollBlue : 1/14/2022 1:17 pm : link
IMO, most of the talent in the NFL is pretty close, team to team - there are some exceptions. But top coaches go to other teams and usually have success. 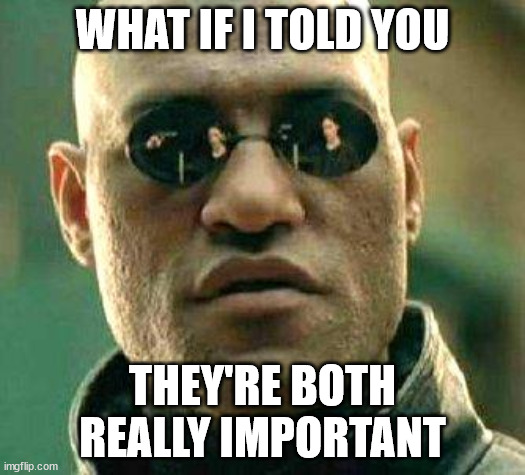 RE: Ray Handley was left with
Milton : 1/14/2022 3:37 pm : link
In comment 15552979 David B. said:
Parcells retired in June and suddenly the previous year's RB coach was thrust into the role of head coach to a team of veterans who'd just won a Super Bowl. And one of the reasons Parcells retired was that he could tell from their offseason training that this was not a team that was gonna make a run at another Super Bowl.
RE: If the definition is making the playoffs then it's the GM
NINEster : 1/14/2022 3:48 pm : link
In comment 15553037 Jimmy Googs said:


I agree with this.

You need a GM to win games, but an HC to win big games.


Harbaugh did more for the Giants as SF coach than he would do as Giants coach, if you want to talk championships.