Agreed. Plus he's a choker in the big moment. FTs at the end of games, game winning shots, etc. Can't trust him to rise to the moment.

Trade him for whatever you can get.


Agreed. It was bizarre. He could have easily had 40.


Disagree. How is he a losing player but everyone else here isn’t? Randle is the biggest (player) reason why this team has won games the last two seasons. Now he’s the reason why we’re not winning?


Not saying everyone here is a winning player. I'd say Fournier is a losing player too. But did you watch the playoffs last year? You're sticking with that guy?
Barnes is a good player btw
adamg : 1/23/2022 4:34 pm : link
.
If Randle played off the ball
nygiants16 : 1/23/2022 4:35 pm : link
and didnt control the entire offense i would agree with DJM, but he doesnt, he is in every action of the offense, ao when he is constantly turning it over, making bad shots then yeah he is a big reason why the team is losing gamea...

He is a great rebounder and when he is in control he is a good passer but he just turns it over to much..


And also did the same ISO bullshit he does at the end of every game, where he gets double teamed and has no idea how to handle it. Teams know this, and will ramp it up in the playoffs (as we saw last season). Plus, he’s becoming a bit of a malcontent.
RE: Grayson Allen gets just one game suspension.
adamg : 1/23/2022 5:07 pm : link
In comment 15569678 SFGFNCGiantsFan said: 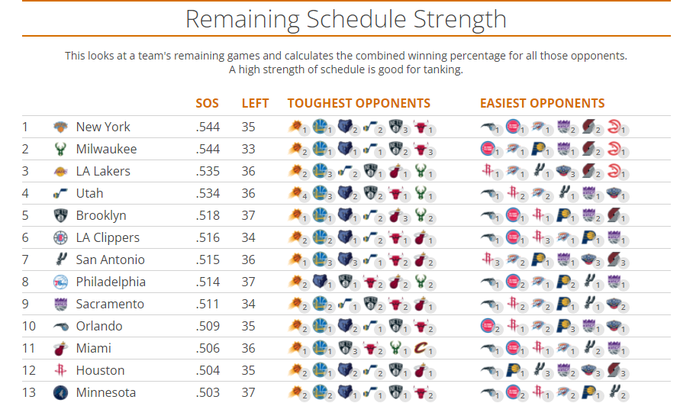 
I'm assuming you have not watched many Knicks games this season.