Who is going to the Super Bowl?

I'm not ruling out either opponent. The 49ers obviously have played the Rams twice, and beat them twice. It's really really hard to beat a good team like the Rams three times in one season. I like the Rams to get this one done at home.

The Niners are really tough, really physical, but they took a beating in that Green Bay game. I think it's going to be another very close game, but I like the Rams to win this one by 4.

The Bengals have likewise beat the Chiefs in the regular season, by a FG in Cinci. But that Chiefs secondary is a big concern, and doubly so if Mathieu can't play. And all Chase did to the Chiefs last time was go for 266 yards and 3 TDs on 11 catches (12 targets). The Bengals will have a lot of confidence, their defense is playing their best football of the season right now. DJ Reader was phenomenal against the Titans. Obviously, this is a very different team play-style than Tennessee, but I believe the Bengals are up to the task.

I think this is going to be a wild one. Obviously with Mahomes, Hill and Kelce (and I'll throw in Pringle, too, he's been outstanding the 2nd half of the season and playoffs), they are always in it. But I'm going to pick a Rams-Bengals Super Bowl. I think whatever iteration of Super Bowl we get, it's going to be a great one.

I do want to see Stafford get his shot at a ring.
......
Route 9 : 1/24/2022 3:43 am : link
I'd like to see Rams/Bengals. I don't know I just see Cincinnati as one of those teams who looks like a Cinderella Story but then Kansas City is just too much for them. Of course Cincinnati can win but in my reality, they're really lucky and should be proud to make it this far.

I bet nobody had Rams Bengals for a Super Bowl matchup on their calendar come last September. Lol.
Cincy is not quite ready
Aaroninma : 1/24/2022 4:30 am : link
I think we see Rams-Chiefs. But im not comfortable about the Rams pick. Sf is lucky and tough, and i dont fully trust Stafford not to be overwhelmed by the moment
Won’t be Cincy
jeff57 : 1/24/2022 5:22 am : link
That’s for sure. Buffalo would have beaten them also. And Niners seem to have the Rams number
Chiefs vs 49ers
monstercoo : 1/24/2022 5:41 am : link
Future Giants QB Jimmy G is going to find himself playing in the superbowl this year. The 49ers are 6-0 vs the Rams over the past 3 years, they play against the Rams really well. I picture Stafford having a rough game vs this 49ers D. Despite the 49ers having the worst QB in the championship round, they have so many weapons around Garrapolo that I think the offenses manages to score just enough to get it done.

As for the Chiefs vs Bengals, the chiefs offense seems to be firing on all cylinders again and I think they outscore the Bengals.


Yeah, KC and Buffalo looked like the two best teams this weekend
Rams and Chiefs is my guess
rocco8112 : 1/24/2022 5:54 am : link
I hope the games are as entertaining as this past week.
Chiefs 49ers
SFGFNCGiantsFan : 1/24/2022 6:02 am : link
.
I’ve got Chiefs-Rams
Leg of Theismann : 1/24/2022 6:05 am : link
McVay feels he has more to prove than most people are considering IMO. We were calling this guy a genius 3 years ago but you rarely hear that anymore— I still think he’s a fantastic coach and now he has his true franchise QB who just got a huge monkey off his back with his first 2 playoff wins, it’s possible it has released a sleeping beast.. Rams had the 9ers dead to rights 2 weeks ago but let’s face it the 9ers needed that game a little more than the Rams, and so often we see that “need” factor does make the difference. Now both teams are playing for all the marbles. Fascinating though because both teams have been to this game very recently and won it then went on to lose the SB.

And honestly tough for me to pick who will win the super bowl: but in the end it seems impossible to bet against Mahomes if 13 seconds is too much time to leave him with. Mahomes + Reid IMO are the 2 best in the business currently. And If not for Dee Ford lining up in up in the neutral zone and KC losing BOTH starting tackles last year (including having to start Mike Remmers at LT in the SUPER BOWL—think about that), Chiefs would be going for their 4th straight SB title.

I recently re-watched the Chiefs-Rams 2018 MNF game and it’s amazing how much better Mahomes has gotten even since his MVP season. Just that much more mature and seasoned. The 2020 Bucs were just a 1-year buzz saw between bringing in Brady/Gronk/AB/Fournette to an already stacked roster and then staying 100% healthy all year, but short of things like that I truly believe the Chiefs will be one of those teams that will be a threat every year to win the SB for the next 10+ years if they can get into the playoffs reasonably healthy.
Rams and KC
AnnapolisMike : 1/24/2022 7:12 am : link
I would like to see Cincy and SF. But I just don't think that is going to happen.
Before last nights game
johnnyb : 1/24/2022 7:17 am : link
I said to my son whoever wins this game (Bills vs. Chiefs) will win the Super Bowl. Chiefs all the way.
Niners
Costy16 : 1/24/2022 8:56 am : link
Will be playing a glorified home game in SoFi. The Rams are trying to cut down on the amount of 49ers fans purchasing tickets by limiting the purchase to certain area codes in the greater LA area. That's not going to work.
Repeat of Super Bowl LIV
DCGMan : 1/24/2022 8:59 am : link
Same teams. Same outcome.
About the Chiefs, I wonder whether they are one of these
cosmicj : 1/24/2022 9:03 am : link
Veteran teams who have won it all and don’t really turn on the turbos until big games like yesterdays. Their 12-5 record was just another day in the office, in other words. They could be unstoppable.
Threematch
regischarlotte : 1/24/2022 9:21 am : link
Bengals-Niners take three.

And unlike XVI and XXIII, Cincy gets its ring.
Rams chiefs
djm : 1/24/2022 9:22 am : link
I know the niners have beaten the rams a lot lately but i still think the rams are better than SF. Throw the last 6 games out. Rams are gonna beat SF this Sunday.


I read that, so is that on resales?

Don't the Rams have a season ticket holder base? And I assume if so, that would account for most of the seats?

Limiting it on resales seems rather weak.

And I’d love Jimmy G to win it all and then retire on top.
SF has been the best
Ron Johnson : 1/24/2022 9:28 am : link
team in the tournament I think. They win it all if Jimmy G doesn't get in the way.
KC and LAR.
Section331 : 1/24/2022 9:32 am : link
Cincy is a great story, but we've seen this many times before. A team peaks earlier than anyone expects, has surprise wins in the early rounds, and then gets spanked by a playoff veteran team. I think that happens this weekend, and it will not be close.

Also, rooting for the 49ers.
I think form finally holds in these playoffs - KC vs Rams
PatersonPlank : 1/24/2022 9:52 am : link
.
I think the Chiefs
Lines of Scrimmage : 1/24/2022 12:01 pm : link
win pretty easily but the secondary injuries will be a factor. They lost a safety and corner yesterday and a big part why they Bills had success. Who knows there availability.

The Niner's have grown on me. Really physical and Shanahan has them believing. If JG can avoid the big boneheaded play I think they have a great chance. I think Stafford may return the boneheaded plays this game.

And hope the Rams win it all for OBJ...

If KC plays anything like they did yesterday they are going to run the Bengals out of the building. Like 48-17.

Jimmy G is dying to turn it over and the Rams have the D to make it happen. They were very fortunate to beat GB. Great team, but the QB puts a ceiling on it. 31-7 Rams. 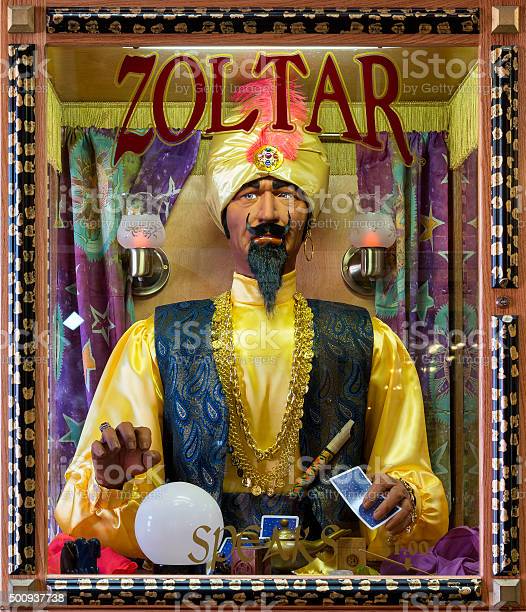