The Ravens and Seahawks already requested DC interviews with Whitt, as well.
Pages: 1 2 3 <<Prev | Show All |  Next>>
Also, how do we even know Mara knows Whitt?
SFGFNCGiantsFan : 1/24/2022 7:00 pm : link
He probably learned of him for the first time during these HC interviews so I can't imagine Mara has been scheming for awhile to get Whitt here.


I think you should take the advice. It was a silly comment that will churn the knuckleheads into a frenzy. Beyond silly. Give us 1, just 1 reason that leads you to think Mara would be picking some guy named Whitt from Dallas to interview for DC on his own out of the clear blue sky?

After interviewing GM candidates last week, the Giants started requesting permission to interview HC candidates. Just like last week, it means a couple candidates named some people they'd like to talk to for the DC position. Don't be surprised when OC requests go out.
RE: Also, how do we even know Mara knows Whitt?
Jimmy Googs : 1/24/2022 7:08 pm : link
In comment 15572814 SFGFNCGiantsFan said:

Don't ask me why though, as I have neither the time nor the inclination to explain myself to a man who rises and sleeps under the blanket of football knowledge that I provide and then questions the manner in which I provide it.
Saos1n
Eric from BBI : Admin : 1/24/2022 7:08 pm : link
I'm going to make this clear once and for all:

I don't trust the Maras. They aren't good at this. They literally have made the wrong decision every time there has been an important decision to make. So the more they get involved, the more I get nervous.

There is a group of people here who think Mara has changed based on a few lines in a press release issued by Pat Hanlon.


No need for the hard ass talk. They shouldn’t be trusted. However, I feel like Schoen should be given a clean slate.

‘I hope Mara isn’t pulling the same shit’ is much different than guessing he is. Your words have weight on the board, for some.
I understand not trusting the Maras
LakeGeorgeGiant : 1/24/2022 7:25 pm : link
but it has gotten to the point of paranoia and hyperbole. I don't see any evidence at this point that the Maras are forcing coaches on the GM.

I also don't think a simple interview request makes us "screwed as fans".


Evidence? Ownership forced Garrett on Judge. That just happened. Does that mean they are still doing it? Of course not, but does a zebra change his stripes? We shall see.


Makes no sense. One minute the Mara's are the dumbest people on the planet, the next they know the coordinators of every team and are savvy enough to pluck away an up and coming coordinator before everyone else can.

Which is it because it can't be both.
Ian O'Connor has been all over
Strahan91 : 1/24/2022 7:32 pm : link
the Giants FO and now coaching search thus far. His info has been earlier and better than anyone else's. Given that, I can only assume he's correct that Schoen's favorite thus far is Daboll and Mara likes Daboll but loves Flores. I guess we'll see where things go from here
Why be so negative?
Eric from BBI : Admin : 1/24/2022 7:32 pm : link
I've said for the last 3-4 years that Giants fans are in denial about how bad this team really has become. Many of you guys still are.

We are so far from being a serious playoff contender, it isn't funny. Ownership ran this team into the ground. I honestly think by year end, this team could not beat anyone, including Jacksonville.
RE: Also, how do we even know Mara knows Whitt?
Big Blue '56 : 1/24/2022 7:33 pm : link
In comment 15572814 SFGFNCGiantsFan said:

Circling back on this since some of you asked on it + I gave some thoughts on the idea before confirming.

Art Stapleton
@art_stapleton
·
5m
Circling back on this since some of you asked on it + I gave some thoughts on the idea before confirming.

More likely is that Pat Leonard thought to himself: "how can I get as many Giant fans as possible to freak out" then tweeted that out
Exactly as I predicted.
section125 : 1/24/2022 7:59 pm : link
Eric causes a feeding frenzy and then, poof. It is gone.

Not to dismiss all the eff ups JM has had in the past six years, but it was pointed out Schoen was given free reign to sort this out. Let Schoen do his thing. I am not a fan of Daboll, but there isn't much out there that hasn't been recycled having failed before. If Daboll really did have a hand in getting Josh Allen to become what he has, he should not be dismissed out of hand.
...
Jimmy Googs : 1/24/2022 8:02 pm : link 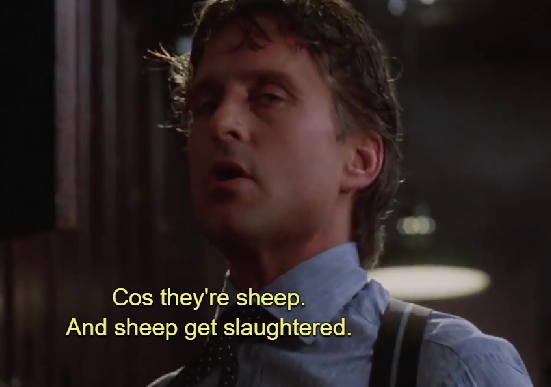 
Yeah, I need the vacation.

10 years of you guys crying like bitches on game threads, wanting to have everyone fired and everyone cut, but when it comes to fixing the real problem, you don't want to address it.


Crying like bitches? Are you not one of the folks bitching about a hypothetical interview, which in no way can you prove is led by Mara?

They’ve been off schedule between GM/HC for a decade, which has led to an over influence of Mara, yes. But now that they’ve fired both and are in the process of hiring a new pair, shouldn’t we see how it all unfolds before jumping to conclusions? Only thing they can do, for you to back off your stance, is sell the team, which isn’t happening.


Exactly. He’ll look at his donation tracking sheet and make a sweeping cut down to 53
…
ryanmkeane : 1/24/2022 8:24 pm : link
Eric - honestly - why are you being so fucking hostile to posters lately? The Giants gave you what you wanted. Are you now just going to be one of those guys that says “prove it on the field” every day from here until September?


Eric, sadly, you are 100 pct correct. It would be encouraging to see actions speak louder than press releases during this coaching search. No coach is a perfect candidate, especially with this team, so we have can only hope that a new thought process is allowed to evolve.
aimrocky
ryanmkeane : 1/24/2022 8:34 pm : link
“start winning?” And then what? People won’t be assholes to each other here? Nope, they still will.
….
ryanmkeane : 1/24/2022 8:36 pm : link
“I don’t trust anything right now.”

Well now you’re the one that sounds like a jaded ex. So when will you actual trust things again? If Schoen wins a super bowl?

I don’t get it really. I mean we all want the Giants to win. Are you saying you’re not going to “trust Mara” until they start winning? What if Schoen picks the wrong players? Is that his fault? Or is that Mara’s fault?


I have some small reservations about going Schoen (really wanted Peters), but I'm ready to see how things play out to demonstrate that Mara has indeed turned over this new lead.

But I completely understand why Eric finds ownership untrustworthy and isn't ready to give them the benefit of the doubt yet. And there are certainly plenty of reasons why that makes sense, even despite the declaration that the GM is now really in charge of all things football.
bw
ryanmkeane : 1/24/2022 8:43 pm : link
ok - but again - EVERYONE that works in the NFL says we made a great hire. Even players from Buffalo said they really like the guy and we got a good one.

So - all I’m saying is - if he ends up missing on the first round this year - that is not John Mara’s fault.
….
ryanmkeane : 1/24/2022 8:48 pm : link
Schoen has never made a draft pick, and neither had any of the candidates we hired to replace Gettleman. Gettleman was awful at his job as GM and even he had a shitload of experience evaluating players. Get the coach right and get the QB right. How is John Mara supposed to do that this go round? He apparently is giving Schoen the pen to sign whatever coach he wants.


Do you know if Schoen has had any link to Fangio? Or does Daboll? I can live with Graham as DC but would love Fangio
I look at this a little different
DavidinBMNY : 1/24/2022 8:55 pm : link
I think they are establishing contact and announcing they are in the game with these coaches. They probably cross referenced their internal list which we know Mara keeps with Schoen’’s and while they are awaiting a head coach, they are familiarizing themselves with the field.

This gives them some connectivity with these candidates. Mara will have to stop himself from screwing things up, but ultimately he writes the checks and he is entitled to form an opinion regardless of how much we loathe thinking about it,
BB
ryanmkeane : 1/24/2022 8:59 pm : link
not sure on Fangio. I’m sure he would be great but I don’t know of any link he has to Daboll. Everyone seems to think Martindale would be one of Daboll’s preferred choices.
RE: BB
Big Blue '56 : 1/24/2022 9:01 pm : link
In comment 15573073 ryanmkeane said:


What’s the connection there? He was with the Ravens?
Schoen gets two years
Lines of Scrimmage : 1/24/2022 9:02 pm : link
If not enough progress then the Mara’s will slowly assert themselves imv.


I think Wednesday's press conference will be an early tell into the Schoen Era. I'm looking forward to his presentation and - hopefully - good, probing questions from the press.
Pages: 1 2 3 <<Prev | Show All |  Next>>