There is no way they pick up DJ's 5th year option

Prude : 1/27/2022 9:51 am
Daniel Jones' 5th year option is estimated to be north of 21 million dollars for 2023, which would be fully guaranteed and the decision has to be made by May. Even if he were to have a tremendous 2022(which is far from guaranteed) it's tough to imagine his second contract would be much higher than $30m per year. So best case scenario they would saving $10m total against the cap for the total length of his contract.

You also have to figure the deal would be backloaded with the first year money significantly lower than the average, it could even belower than the $21m if that's what was needed. The 5th year option is inflexible, 1 year $21m guaranteed cap hit.

The math just doesn't work out. There's too much risk and too little reward regardless of how confident they are in him moving foward.

What's my mantra? "It can always get worse."


It is NOT going to happen, imv

As has been stated by many in the other 50 threads on this, he will play out ‘22 and if he’s the goods, he gets a new contract or he’s tagged (not the best options in general)..

If he sucks, then he’ll be let go in FA and we’ll get some kind of compensatory pick.

They would never release him unless seriously injured. If the Eagles could get a first round pick for Wentz, DJ would certainly be worth more than a compensatory pick.
...
christian : 1/27/2022 10:29 am : link
Both the GM and owner keep telling us they want to give Jones a chance to succeed and that it's going to be a process.

There are only so many times someone says something to me before I believe them.

If the Giants brass believes this, the economics of paying Jones 30M over the next years has to be taken seriously.


Yeah absolutely. I just dont think anyone should take it as a sign either way when they dont pick up his option.
I don't see it
AcesUp : 1/27/2022 10:42 am : link
Especially with the neck issue looming and the option being guaranteed for injury. I think there's a better chance of him being tagged next year at the bloated number than that option being exercised this offseason.
RE: Can't we just see what he does next season?
Scooter185 : 1/27/2022 10:45 am : link
In comment 15577806 AROCK1000 said:


I've seen enough to know he's at best a QB that's going to be replaced anyway (see Tannehill, Garappolo) so may as well do it sooner than later before commiting actual $$ to him
He's not that great a passer
HomerJones45 : 1/27/2022 10:47 am : link
we can go on the market and get the same thing for less than 21 million a year.


They played poorly WITH him too.
Let's not kid ourselves into thinking Jones is anything more than a competent backup who is miscast as QB1. He'll get 2022 for sure, but, once again, he is going to have to A-Prove he can play without missing significant time to injury and B-Put the ball into the fucking endzone consistently.


Agree with this point and agree with the point you suggest, and christian states more expressly, that NYG is not going to want to take the franchise tag hit in 2023.

And the upshot is, if the option isn't picked up, every game in 2022 is going to be loaded with meaning as to whether the Giants should get an extension done.

It's not going to be an "oh well, we'll just wait to see how the season plays out" situation for the fans, the media, or NYG's decision makers. 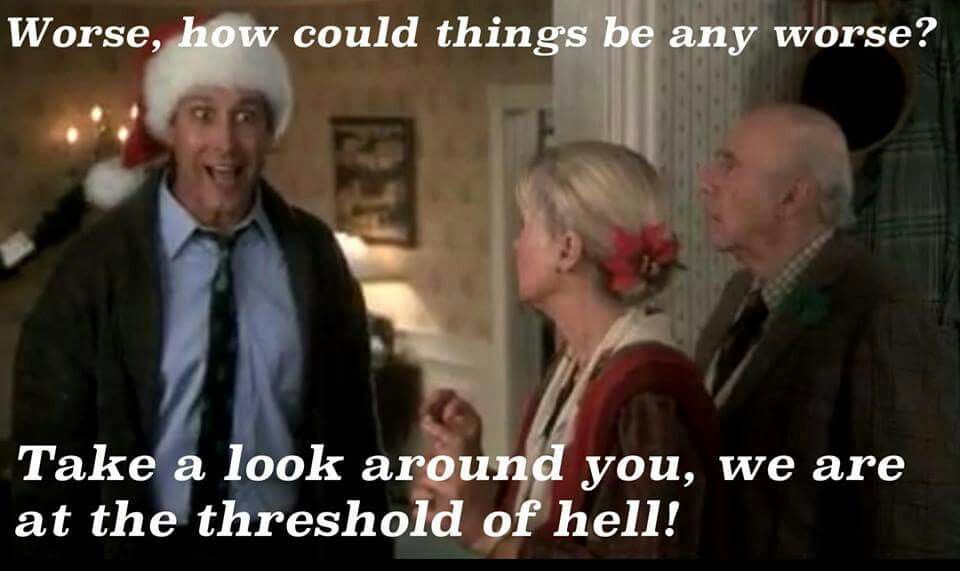 But when the owner and GM go out of there way to say Jones got a raw deal and point to how little time he’s had in one system — it doesn’t sound like it’s a one and done situation to me.


I will be shocked he legitimate QB competition this summer.

He’s being handed the job, IMV
If the Giants don't pick up his option who is the qb? A rookie?
Jack Stroud : 1/27/2022 12:42 pm : link
Are the fans willing to wait another 3 years to see if the rookie is any an NFL caliber qb? A veteran who was a failure with another time or just too old? What has yet to be determined is the status of Jones's neck, the Giants have failed so far to explain what his injury is, that news will go a long way indicate what Jones's, and the Giants, plans will be going forward.
What Schoen and the coaching staff
Mike from Ohio : 1/27/2022 12:58 pm : link
think of Jones will not be told with the 5th year option. That is almost certainly not getting picked up. It will be in what they do with the QB position this Spring and Summer.

If they sign a McCoy/Gannon type backup and don't draft a QB high, you will see that they believe in Jones and are handing him (because he has not earned it) another year as the unquestioned starter.

If they sign a guy like Trubisky who is legitimate competition for the job, it will show that they are giving him a chance, but it may be a one and done year unless he shows something beyond what he has so far.

Obviously taking a guy at the top of the first or acquiring a guy like Russell Wilson shows they have seen enough of Jones.


Awesome. A long term commitment to a QB who hasn't shown squat, in a league that is dominated by QB studs. Sounds like a great plan if you value stability over winning.
He's show a lot
giantBCP : 1/27/2022 4:36 pm : link
+376% production over backups that have shown to be competent players with other franchises. Also better than our Super Bowl winner in 2019 as a rookie. He's not the problem.
The money is bad enough
Jerry in_DC : 1/27/2022 4:37 pm : link
It's insane to be talking about paying Daniel Jones this much money. Are we talking about franchising Even Engram or Lorenzo Carter? It's crazy.

If you build an absolute monster team with studs all over the roster, you can be pretty good with an average QB (see 49ers, who have a better QB than Jones). But you still have a ceiling and you still need to be +10 points on special teams to win a tough playoff game. And their management - who is not dumb - invested a lot in a high-risk QB while they have a win-now team. That's how bad they wanted to get off Jimmy.

We gave 3 years to this guy, who has literally never been a good QB in his life. Should we commit to Hernandez or pay $15 M to Lorenzo Carter because "we're not sure if they're good"? It's insanity. Should we be fine with Peart as a starting OT? Of course not.

But people want to do this at the QB position, which is more important than all of those positions combined? It's just inconceivable that people who claim to want the Giants to win would be advocating this.
RE: RE: RE: This place would melt down
GMen72 : 1/27/2022 6:11 pm : link
In comment 15577760 Lowell said:


DJ's numbers aren't in the same ballpark as Wentz's and he's lead teams to the playoffs. Wentz is an above average QB but DJ isn't in his class.


If both Mara and Schoen genuinely feel similarly about Jones, then Jones is getting 2022 and 2023 so he can be in the same system with the same HC and OC for more than one year.

Which means they need to hire a HC and OC that feel similarly about Jones.

And, sorry, I don't buy the sympathy card Mara is dealing here with his "we've done everything to screw this kid up" mantra for Jones. What about Jones holding up his end of the bargain as the 6th pick in the draft?? You know, that thing a franchise QB is supposed to do...


But Jones doesn't have to earn the 5th year because he has the built-in excuse by Mara - Jones deserves stability, which is multiple years with the same staff/team to be truly evaluated.

& the amusing thing to me is that the Giants, in all likelihood, are going to suck this fall. It isn't like Jones is going to be stepping into a situation where all the pieces are in place for the team to win & he looks like a good QB, which I don't think he is. Odds are he looks like he has his first 3 seasons: a backup QB in this league.

From all accounts, nice kid, hard worker...but what are we doing here? If the goal is to win, he's not the answer.

I hope that Schoen wants his own QB-most GMs do-& this is all lip service so that we draft someone this spring or '22, when we'll be in the running for Stroud or Young. As for Mara, who knows? He's insane enough to think DJ is going to be a Super Bowl winning QB one day, to which he needs to be drug tested.


Mara wants to win. But I think he wants to at least turn the corner with a key piece that he endorsed before Schoen arrived. And that's Jones.

He's already embarrassed missing with Gettleman and another HC. Missing with Eli's successor after such a high investment gives Mara the dreaded trifecta of failures - GM, HC and franchise QB.

I'm not ready to by into assuming that merra is horrible and doesn't wanna win.

Believing that truly spoil's being a fan because that's not something that any of us are ever going to change...clown pix notwithstanding.

I have believed that you will be a placeholder this season For some time and that's all I believe he will be.

I don't expect Daniel Jones to get a 2nd contract... I also don't expect the giants to pick up his 5th year option this spring.


What are you going to hold your breath?

I get why not big cap hit yadda yadda yadda. But it’s only one year what is he has a decent year this year and he does ok and they sign him long term then we are on the hook for however long that is. You don’t sign him then who you gonna get? No guarantees we will be picking in a spot to get one next year. Also if you don’t pick it up and the new staff is actually competent and he improves a lot then you would have scramble to resign him .

Gun to my head would I pick it up probably not but I can understand why they could
Apologies...
Brown_Hornet : 1/27/2022 8:44 pm : link
... I believe my tablet actually makes changes after I proof read things.

Schoen actually has evaluator skills and no link to Jones. He will see that he cannot tie his future to a crutch. His words used the other day were actually not too much, they were what a prudent GM on his first day of work should say with both his boss and Jones in the room.

You may have wanted or advised Schoen to say something more indifferent but as a fan you have that luxury, he doesn’t. I like this guy and things will indeed improve.

I can’t describe how much better I feel now that Gettleman is gone. What a complete waste of time this ridiculous last few years has been....


That’s the biggest concern for me. If Jones surprises us all and balls out, awesome. But Maras comments make me fear that they’re going to pour resources into fixing the offense for 2022, which absolutely should not be the play. It’s a long term fix. I could see a scenario where Jones goes somewhere else and has a Cousins like career. Mara and DG have dealt him a bad hand.