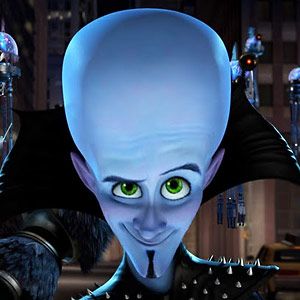 this is an awful post
KDavies : 1/28/2022 2:10 pm : link
you may prefer Daboll or someone else, but provide some context to the 24-25 record. The first year the Dolphins traded everyone and we’re tanking. Flores surprised everyone and won 5 games. The next two seasons he had winning records in both of them. He has done that despite a horrible OL, and below average QB play.

There are legitimate concerns regarding how good his oc will be, the circumstances of leaving, etc., but dismissing his accomplishments in getting that record is pretty ignorant
RE: Because with a first name like Brain, he is bound to be smart
GeofromNJ : 1/28/2022 2:11 pm : link
In comment 15580311 Jimmy Googs said:

I never thought of that. Interesting.
I’ll net it out for you in simple terms.
Spider56 : 1/28/2022 2:15 pm : link
Because he’s proven he can take a major turd and get it to be respectable and competitive very quickly... and that’s what we need. Plus he’s from a Brooklyn.
He won 19 games the past 2 seasons with a poor roster.
shockeyisthebest8056 : 1/28/2022 2:17 pm : link
For CONTEXT, the last time the Giants won 19 games over two year span, Odell Beckham was still in high school for one of those years.

in aggregate he was +4 wins but what stands out to me is that each year he met or exceeded expectations given circumstances.

the losing year might be the most impressive because everyone thought miami was openly tanking for tua and many legitimately questioned whether or not they would win more than 1 game. they traded Tunsil at the end of preseason and then traded fitzpatrick 2 weeks later. they learned real quick Josh Rosen wasn't the answer. that team was a literal practice squad roster and they somehow beat brady in week 17 to keep NE from getting a bye week.

im not flores or bust but i find it bizarre that some can't see the logic in hiring a coach with a track record as opposed to promoting a coordinator without one for the 4th time in a row. but hey, maybe the law of averages is finally in our favor.
It looked weird...
knowledgetimmons : 1/28/2022 2:27 pm : link
when Trent Baalke was retained. Now, it looks like he was fired because the Dolphins are a bigger shit show behind the scenes than NYG

lol. CiPpy always makes me smile.
Ruh roh...
Johnny5 : 1/28/2022 3:06 pm : link
... here come the origin error double posts again... lol
Comes with red flags
Spiciest Memelord : 1/28/2022 3:43 pm : link
only 32 of these jobs, there is no way we should be considering him, but Mara-Tisch chimera. Maybe its unfair he says she says BS, bit its not the Giants job to untangle that mess either.
Maybe do some research before criticizing the guy
Jay on the Island : 1/28/2022 4:38 pm : link
Flores went to a rebuilding team that literally traded away nearly any veteran with trade value. Most expected them to go 1-15 or 2-14 if they were very lucky but instead went 5-11 with the least talented roster in the league. What was more impressive is that the Dolphins lost so many players due to injury and spent several games starting CB's who they had just signed off the street that week.

At one point the Dolphins were starting three Giant castoffs on defense, Calvin Munson, Avery Moss, and John Jenkins.

The next season they went 10-6 which is incredible when you consider where they were the year before.

This season they almost went to the playoffs despite losing their starting QB for 8 games.
The only question with Flores
Vanzetti : 1/28/2022 6:47 pm : link
is whether he can learn to adapt and change like Tom Coughlin did.

he possesses the personality of a HC. He just has to learn to be more diplomatic and compromise. There is no doubt that he knows how to kick ass. That's what you have to worry about with Coach Krispy Kreme. Can he lead men? Not many can