Matt in SGS : 5/2/2022 6:38 pm
"A new GM means changes, and the #Giants are moving on from Dir of College Scouting Chris Pettit & Sr. Personnel Executive Kyle O'Brien. Pettit had been w/team since '05, helping win 2 Super Bowls, while O'Brien, who has served w/#Jaguars, #Patriots, #Lions, arrived last spring."
https://twitter.com/InsideTheLeague/status/1521257121253310465 - ( New Window )
Pages: 1 2 3 4 <<Prev | Show All |
was thinking
Steve in Greenwich : 5/2/2022 10:34 pm : link
about it during the draft and trying to think what to make of the fact the Giants clearly targeted multiple players from the same team, at first I thought it might mean he favored certain area scouts more than others and leaned on their reports. Then I was listening to the Talkin Giants podcast today and they made a really good point that Schoen always mentioned in his presser how it was himself, Bobby Johnson at the UNC Pro Day, someone else from the coaching staff etc that watched each of the guys they drafted. It was clear he favored the Coaches input on players than what the scouts brought to him. Should have been an indicator that Pettit was a goner.
RE: RE: This is where the negativity gets tiresome..
Jay on the Island : 5/2/2022 10:35 pm : link
In comment 15696460 Greg from LI said:


Q. Do you anticipate making any changes to the personnel staff, subtractions, additions?

JOE SCHOEN: I haven't even thought about that yet. I'm about ready to fall asleep on this microphone.

Clearly he had a nice rest and a good think...

I called BS on that thread. Haha. [/quote

After 10 years of crap football you needed change and Mara is indeed stepping back for now.

I have been as frustrated with Mara as some. I also can understand his reluctance.

From 1979-2012 there are not many franchises who have the resume of this historic franchise. Some down years for sure but pretty damn good. The Giants Way produced 4 SB's. They certainly have reached to that past along the way. TC worked out. Dave didn't. Time to move on and take a different approach.

JS is running things. Let's hope he appreciates and reaches the standards here. He gets to see those four Lombardi's every day. The great players and coaches. This is not Buffalo with its barren trophy case. This is not Miami where you have to go back to the 70's for its last glory. They don't pat you on the back for long losing divisional games around here. I look forward to seeing how he does. So modernize as you see fit. Just don't forget those four SB teams across four decades had a lot of similar traits. Hope he includes those as well. He won't win number 5 without them.
I’m still thrilled about this..
Sean : 5/3/2022 7:23 am : link
I remember last year at this time I was talking myself into Kyle O’Brien being the next GM to be aligned with Judge. This is so beyond what I thought would ever be possible:

Maybe I'm looking for something that isn't there, but when I watched this on video, I felt he was actually saying he didn't have a sounding board he could trust.

Regardless, this is good news from the point of view that he is putting HIS people in place.
Big ? now is what happens with Tim McDonnell
Rick in Dallas : 5/3/2022 7:35 am : link
Very obvious to me at least that Pettit and O'Brien weren't going to be around very long after the draft.

Does McDonnell get moved to another position in the organization?
Assume the ranks of scouting department will be next
Jimmy Googs : 5/3/2022 7:41 am : link
with departures at Jints Central.


Interesting to watch... one would think there are scouts who will go too, but then again, the source above said the scouts contracts have been renewed or told they will be back (here again and same guy who broke the story of the two being fired).

McDonnell is the future CEO of the franchise, he’s family and part of ownership. I wouldn’t waste energy on him. It’s the reality of a family run company.
RE: RE: Assume the ranks of scouting department will be next
Jimmy Googs : 5/3/2022 8:00 am : link
In comment 15696577 Eric from BBI said:


Logic would suggest they will all predominately be turned over. Maybe a couple impressed Schoen & Brown over the last few months and get some leeway for the next season.


You could be very much correct. As I said, I could be seeing something that isn't there.

However, my spidey sense is up. And my gut also tells me that Schoen may have relied on the coaching staff more than the Reese/Gettleman scouts. For example, how much of a role did Bobby Johnson (who worked in Buffalo with Schoen) have in the selections of the two NC guards? (Johnson was at that Pro Day working with them directly).
Also a good week to clean house while Ownership is distracted
Jimmy Googs : 5/3/2022 8:06 am : link
with other important events... 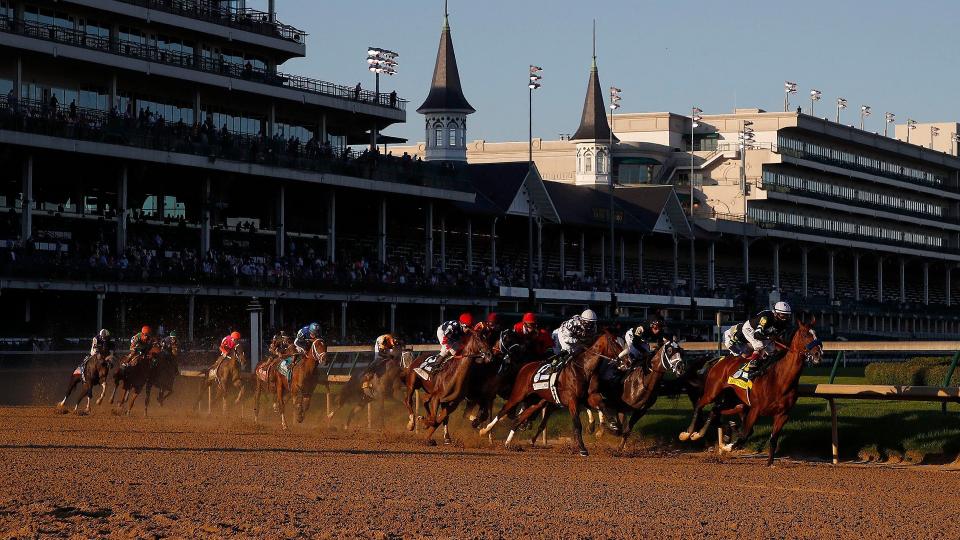 
If it were your team would you just sit back and not be involved? I wouldn’t. Mara s have made mistakes, many the past decade. But they have been a staple of the NFL, and the Giants are a storied franchise under their ownership
Giants ain't messing around
Paulie Walnuts : 5/3/2022 9:24 am : link
I like it.. schoen is doing this correctly
Scouts gather information.
Klaatu : 5/3/2022 9:55 am : link
But it's up to management to decide exactly what kind of information they want, what, specifically, they want their scouts to look for if specifics are required, and how they want that information presented to them so it can be collated quickly and efficiently. You need good coordination between the folks who gather the information and the folks who process it, and both sides need to be able trust each other.

I suspect that this coordination has been sorely lacking under Petit, along with a level of distrust on Petit's part that's proven to be ridiculously counter-productive. I have absolutely no knowledge of the inner workings of the Giants player personnel department, but I get a sense of smugness, of hubris emanating from the top, from a guy who thinks he's the smartest person in the room whose judgement must never be questioned.


This supposition now that because Mara says it we should believe it is absurd. There are good signs here so far. But we're very early in the story.
.......
CoughlinHandsonHips : 5/3/2022 10:28 am : link
Had to happen - the Giants have been drafting at the top of the draft for the decade, and have nothing to show for it.

Time to modernize
Eric- I agree with you.
Dave on the UWS : 5/3/2022 11:13 am : link
this was one of many times leading up to and AFTER the draft, that Schoen praised his coaching staff, and NEVER mentioned his scouting staffs. Robbie has a point about unfamiliarity with the scouts, even after he got them all in a room and said "this is what we want, this is what to look for in prospects."
He was clearly more comfortable with his coaching staff and his and Brown's eyes, than trusting the scouting group. I think knowing that Petit and O'Brien were heading up that group factored into that equation.
It's also, I think, why they stuck to major college programs, with players who had a lot of college experience for their draftees, and UDFA. Easier to get a read on those players, rather than prospects from smaller schools for this year.
The Bills are good because they have Josh Allen
Vanzetti : 5/3/2022 11:27 am : link
All this stuff about the Buffalo approach and how Schoen is going to import his guys is window dressing.

If Gettlemen had taken Josh Allen, he would still have a job and so would Petit and a lot of other guys who have been let go.

I like how Schoen played the first round, especially the misdirection with Cross, which may have prevented another team from trading up and taking Neal. Very smart.

This, plus the deft handling of tardy Toney, inspire confidence that new management knows what they’re doing.
RE: RE: Dave Syvertsen for Chris Petit's job
short lease : 5/3/2022 12:12 pm : link
In comment 15696094 AcidTest said:


I am still surprised the Giants even moved on from Eli MAnning. That wasn't supposed to happen until at least 2020 or so. I learned that here.


Just because they still suck doesn't mean the Giants are reluctant to change. Mara has had NO problem firing people and over turning things time and time again. This is even more thorough of a purge.

Some of you manufacture fear that really isn't there. All we do is worry about Mara's tentacles infiltrating and ruining everything. It's probably much more simple than that. Maybe Mara just made bad hires. MAybe now he hired the right guy(s)


It's been said a lot, but the point that people object to is the process, *how* we got to this awful 4 year run and the 7 years before then. It's not just hiring the wrong guy. It's how you come to a decision to hire the guy you did that people kick and scream about it.

Why did he hire Gettleman in the first place? That wasn't a coaching search it was an arranged marriage. No one thinks that was handled well.That set the table for failure.

Why is there a Mara as VP in the front office that John Mara tries to tell the media people he doesn't make decisions. All things that don't sit well.
Pages: 1 2 3 4 <<Prev | Show All |