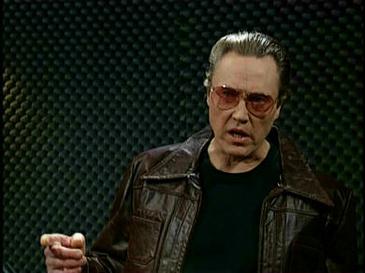 “I gotta have more SPICE, baby!”

Walken is, firstly, too old for Shaddam IV. His life has been greatly extended by his spice use, but looks to be ranging from his late 40s to mid/late 50s. But a very healthy, still very much in fighting shape type of look.
Secondly, Walken only really plays Walken. I really have a hard time hearing his voice and seeing his mannerisms matching up with the Emperor's, which should be regal AF...without the audience just going "IT'S WALKEN!"