Everything about the city is awesome. It has something for everyone, from the latest to the oldest country music, outstanding museums, incredible food...and a great vibe. My favorite places are Robert's Western World and Tootsies, but I'm an old fart so sue me. I like the old honkey tonk. Also, if you're going, you have to go to the Bluebird or a show at Ryman Auditorium. Again, check the schedules NOW and book them.
Be careful, guys.
Klaatu : 5/13/2022 8:04 am : link
Those Tennesseans can be pretty badass. 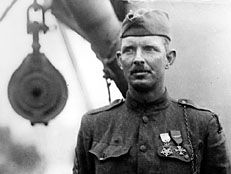 I went back when it was LP stadium and on that day the weather was beautiful, lower end zone seats could see everything perfectly, walking from easy nearby parking to the stadium was nice, they close off a bridge and highway for a bit on game day so it was an easy approach with a friendly crowd, typical hawkers along the way but they were cool too. I have been to only a couple of NFL stadiums including old meadowlands, georgia dome, mercedes, old shea, and then LP. Been to a variety of MLB as well, and that day at LP in Nashville was about as nice an experience as I ever had, excepting the Gmen home turf advantage.

I am really looking forward to going back for our opener.


If this means I don't have to hear a single second of a Cardi B or Fall Out Boy song, I can live with that.