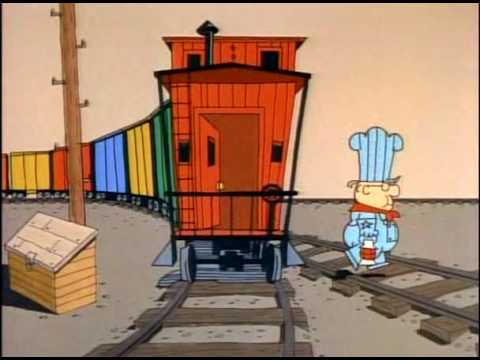 Maybe I'm reading too much into things, grasping for any optimistic straw I can find, but it seems to me that the atmosphere in East Rutherford has undergone a huge, long overdue change. It's almost as if the skies have cleared over MetLife, and the dark cloud that's been hovering over the Giants for ten-plus years has finally been waved away.

That's not to say that everything is sunshine and roses. Clearly, the team still has a lot of work to do before they can be considered upper echelon. But I can't recall a time - at least not in recent years - when the front office and the coaching staff have been so obviously on the same page, marching in lockstep, speaking with one voice. That really resonates with me. It inspires confidence.

Of course the real test will be how the organization handles adversity. But by their words and actions, it appears that Schoen and Daboll are trying to foster a spirit of unity, of "team before self," if you will, where players can depend on each other when times get tough. In that respect, "smart, tough, and dependable" applies to the entire team, not just any individual player.

For me, it's a real welcomed change. It's a mark of professionalism from the powers-that-be without any of the bluster and bravado that characterized previous regimes. It's a sane, rational approach to building a team, not an approach marred by systemic dysfunction. It's a sign of competence, and I believe it will eventually lead to a return to glory for Big Blue.
Well
Boatie Warrant : 5/16/2022 7:30 am : link
The curse does seem to be over for SB 46.

Things seem calmer and all in one direction
I agree
DavidinBMNY : 5/16/2022 7:31 am : link
I noticed, I have been wearing my giants gear more publicly and at places like the gym I'm not the only one.

Dabs going to the rangers games doesn't hurt! Man of the people mixing with NY and enjoying that with a chance to eventually be part of doing same at Metlife. We can only hope for a home play off win in the not to distant future.
Not sure how different the approach is.....
George from PA : 5/16/2022 7:40 am : link
The previous GMs have filled roster spots with the coaches in mind....

Doball and Schoen truly seem to enjoy each other's company....so hopefully there will be less finger pointing and more resolution when thing go wrong.

I just hope the results are better with less flawed theories..


Releasing Bradberry is 1st questionable move....that I hope does not bite them in butt.

Wink Has express the importance of cover man corners....and the Giants on paper are weaker.

The one nice fact...the DB coach has been here....should know what they need....and knows if in-house (Robinson) options could work.

I do love the approach toward the trenches....tons of bodies, tons of attention
George, to me the differences are obvious.
Klaatu : 5/16/2022 7:54 am : link
Just look at the way the pressers are run, how the media is handled. Look at how the draft was run, with a clear plan, not just a scattershot approach to it. And what's most important to me is not repeating the mistakes of the past, which is what extending Bradberry would have been. This is a regime that seems intent on building a winner, not just covering its own ass and acting like it's smarter than everyone else.
A lot of rational decisions have been made at the top
NYGgolfer : 5/16/2022 8:00 am : link
this past offseason to change the course of this franchise. Decisions that may not have seemed likely to many of the NYG faithful that post here. We'll see if it bears fruit on the field, but at least they have attempted to try and clean house of some of the obvious rot.

One area that I wish Schoen had done was taken a larger chop out of the guys on the roster that need to turnover in this rebuild. Stretching out inevitable cap hits or turning down low offers may be tolerable today but is it really the best course of action for a team nowhere near ready to compete for anything substantial.

Much to still do but glad to see some steps have been taken over these past months.
What I hate
Tony in Tampa : 5/16/2022 9:08 am : link
Is I can't allow myself to embrace the new hope. I agree Schoen and Dabol appear to be the "adults in the room" that we have been looking for. They have a plan and it's significantly different the plans of the previous admin and it will likely fit much better in the modern age of football.


Same here, I've drank the new regime Kool Aid too many times
Smells better so far
JonC : 5/16/2022 9:56 am : link
now we need to see their talent selections develop and play up to expectations, and for the product on the field to finally show signs the arrow is pointing up. Looking better on paper is only that.

Two things still hanging around imv, the two Mara family members in personnel jobs, and it seems clear their drafting strategy was impacted by a lack of trust with certain individuals, and they did some reach drafting as a result. If it works out it will be brushed aside, but it's hard to argue against leaving better talent on the board.
At the very least
UberAlias : 5/16/2022 9:59 am : link
The cloud of hopelessness has lifted for me. With DG, his vision/plan was so poor that I never felt like things could get better. It started with believing that the team he inherited was capable of making another run, and that point was punctuated with is taking a RB #2 overall. Maybe a hybrid, but I honestly don't think you will ever see a true RB taken that high again. Then his falling in love with and over drafting of DJ, a decision which reeked of desperation to find an Eli Manning part 2. And finally, last year, the calculus of FA spending implying a belief that the team was prepared to make a run, followed up by the absence of drafting a single Oline! Time after time, the duo of Mara/DG seeing nothing except exactly what they wanted to see --abandon all hope.

I realize the experience has soured so many -uncapable of optimistic thinking until proven otherwise and I get that. I realize to some I must come across as a homer these days but that is simply not true as I tend to steer away from the emotional extreems. Its just that, in this particular case, I feel so beat up by the years of incompetence, I just want to enjoy a pleasant spring day from time to time, despite the knowledge of the fact that the season isn't without its rainy days too. Know what I mean?
The thing I am most excited about is
Rudy5757 : 5/16/2022 10:13 am : link
That our head coach was an OC around the league for a number of years so he is still very much in the know on how the game is played. Our DC has been a top head coach prospect for a number of years and was actively coaching last year. Kafka was very involved in the O in KC and now is the OC.

Looking back on the Judge era, Joe was never an OC or DC so he probably didnt have a feel for how the game plays out actually coaching those aspects. Garrett was so far removed from being an OC that it seems like he was coaching like it 10 -15 years ago. He wasnt up on the new offenses. Graham was an OK DC but I never got the sense he was putting guys in position to be successful.

My biggest concern right now is that Daboll may call the plays which I think is a huge mistake on his part. He needs to be focused on the whole game, not just the O. To be a great OC you need to be discussing things while the D is on the field and I think he needs to learn to be a head coach 1st and then once he feels good about it he can then call plays again.
We've been through this before
HomerJones45 : 5/16/2022 11:09 am : link
go look at threads after every change in the GM or HC slot.

At this point, show me. The same buffoons who made the previous disastrous hires decided to hire these guys.

This is the honeymoon phase
JerseyCityJoe : 5/16/2022 11:36 am : link
I'm withholding judgement until I see results on the field.
I understand the skepticism.
Klaatu : 5/17/2022 7:30 am : link
After years of getting our hopes up only to watch the team crash and burn, it's probably advisable to adopt a "wait and see" attitude. I won't fault anyone for doing that.

However, what drives me is not simply what's being said about the Giants here, or at BBV, Talkin' Giants, Giants.com, or any other Giants-centric source. It's what's being said by the team in the non-Giants blogoshpere, on YouTube and elsewhere. There's a "who are these guys" vibe out there, and that's not being used as a pejorative. It seems like many outsiders were expecting to see the Giants continue to embarrass themselves as they have in the past with their hires, with their approach to free agency and the draft, and they're kind of surprised to find that they haven't. When your friends give you praise, it's one thing. When your enemies do, it's another thing altogether.

So, I hope the Giants really are on the right track...finally. Time will tell, as it always does, but I hope that someday we can reflect on 2022 and recognize it as a turning point...as a year when the Giants began to emerge from the wilderness and approach the promised land.
Well the team has done
Daniel in MI : 5/17/2022 9:22 am : link
Almost everything fans could have wanted.
- fired GM and HC
- Brought in one of the top, popular GM candidates from an up and coming team, widely seen as being a GM in the making
- Hired a widely regarded OL candidate from a good team
- Allowed him to build a coaching staff of modern coaches with aggressive O and D schemes
- Drafted top OL and Edge prospects
- worked on the cap, signed lower price FAs to deepen roster
- cleaned house on a lot of players
- cleaned house on a lot of scouts
- appeared to be on the same page
- didn’t extend DJ so he’s in a play to stay year

Hindsight may say otherwise if it goes south, but short of changing ownership not sure what else fans could want. Changing QBs is not realistic this year.

That said, people still need to be realistic. I know this preseason everyone will say “6 wins and I’d be ok” but that will change during the 11 losses and our guys have rookie struggles, when people call on everyone to be fired.
Daniel I agree with everything you said
arniefez : 5/17/2022 9:42 am : link
and I expect if the record is 6-11 a lot of very unhappy posters on BBI during the season even though we all know how big a mess the new GM and HC have to clean up and that it can't be done in one year.

The reason this time it's different is because the ownership has gone out of their comfort zone and hired a GM who is being allowed to clean out the FO of almost everyone but the two owners who can't be fired. This is the first time since 1979 that the Giants have hired the GM and HC at the same time.