Cole vs. Lyes.
Pages: 1 2 | Show All |  Next>>
in other Yankees news
Jints in Carolina : 5/18/2022 4:38 pm : link
The New York Yankees cut outfield prospect Jake Sanford after he allegedly stole bats and gloves from teammates and tried to sell them online. 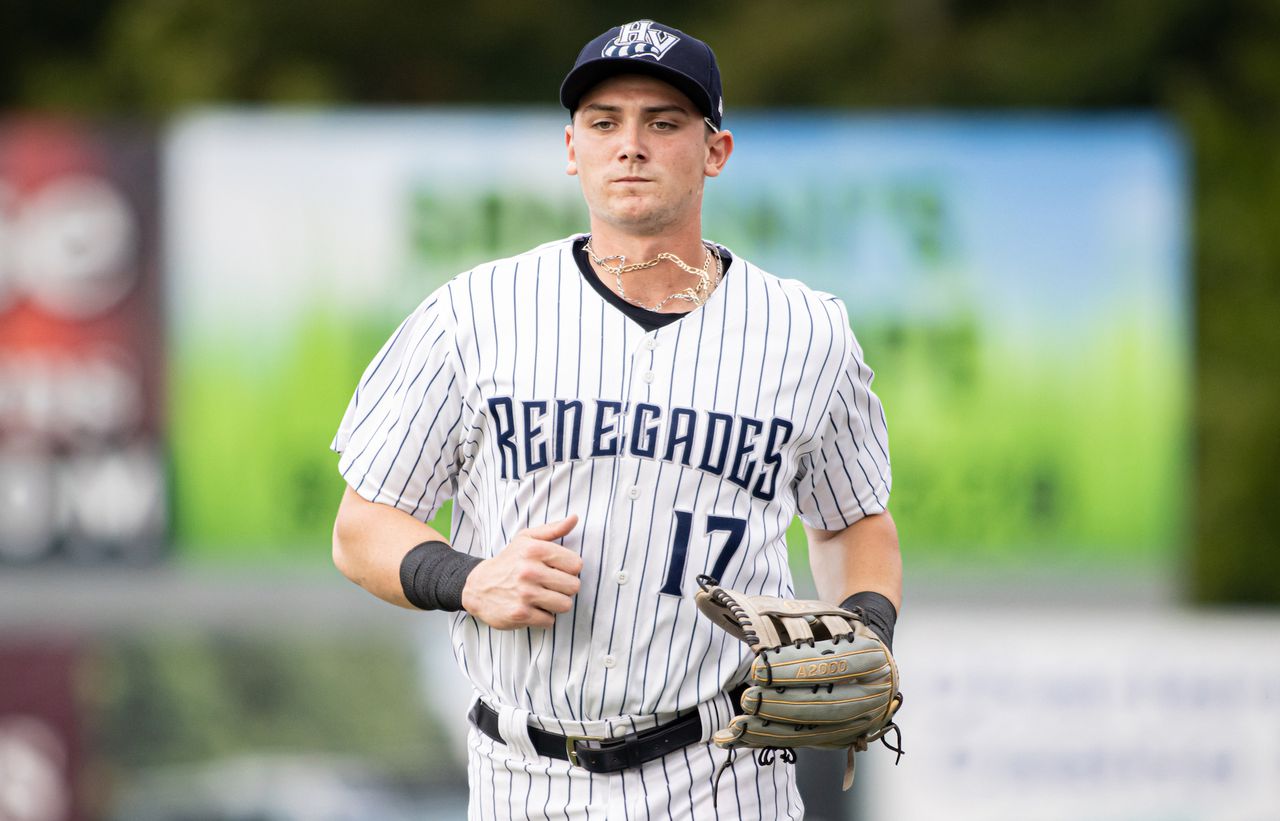 And the Ruben Rivera award goes to...

"Shane Ronan, a Tampa native, was among those who said he was scammed by Sanford. Ronian said he bid on Twitter for a pair of Sanford-signed baseball gloves, which were auctioned by Adopt a Minor Leaguer, a nonprofit organization that helps support minor-league players.

Ronan’s $75 bid was accepted, and Ronan said he was put in contact with Sanford, who agreed to meet him during spring training this year. Ronan, a lifelong Yankees fan, works part-time as a cook at George M. Steinbrenner Field. Ronan said Sanford agreed to meet him on multiple occasions, but strung him along.


His contract isn't that large . I believe he has 3 more years after this one for $30M. They ate Ellsbury and Arod contracts so there is no reason they cant do the same with Hicks at this point. I dont see any value he brings to the team at this point and doubling down and playing him just because of his contract is just compounding the mistake
RE: Hicks
Eman11 : 5/18/2022 8:23 pm : link
In comment 15712752 NJLCO said:


His struggles at the plate are bad enough but I’m really down on his defense so far this season. Off the top of my head there’s been at least half a dozen balls he should’ve caught but didn’t.


They could just DFA him but Cashman wont do it even though he looks completely washed.

However, more realistically is right now the Yankees are carrying 9 relief pitchers so 1 of them will get sent down soon and that could open up a spot for a 4th bench player in Florial. It was originally Locastro before he got hurt but Florial is more important then Locastro who only can PR for you while Florial can do the same and more and has upside as a potential future piece
Yankees batters
section125 : 5/18/2022 8:52 pm : link
just standing there looking a strikes. Pitiful lineup, actually.
I really do not want to see Gallo play baseball anymore
Giantfan21 : 5/18/2022 8:52 pm : link
.
Terrible ho-hum inning by the offense there.
Dave in Hoboken : 5/18/2022 8:53 pm : link
.
Gallo
GruningsOnTheHill : 5/18/2022 8:55 pm : link
How long of a leash do they give this guy? He sucked his entire time with the Yankees last year, and he's picked up this year right where he's left off. Amazing that the Yankees are off to one of their best starts of all-time in spite of a starting LF who is batting .180 and strikes out at a 50% rate.


Judge gets an RBI if Trevino was on 3rd. Hicks not being able to make contact fucked the whole inning .


I have an issue with repeated posts that nobody is responding to, like Frank last night and his obsession with Benintendi.
We all get it, you want Gallo and Hicks gone. We don't need inning by inning updates on them. We agree. You are preaching to the choir.
Now that I acknowledged your wisdom, is that good enough.
Andujar can't play any position
Greg from LI : 5/18/2022 9:38 pm : link
So there is no point in talking about him.