you know you're getting old
djm : 5/23/2022 4:25 pm : link
when you remember going to the first year of a new stadium, legally getting hammered at that game and now they are talking about replacing that "old" stadium.

So I got that going for me.

There's been talk about extending the metro to Woodbridge for over a decade. One would hope the projects get linked ... or are they counting on the VRE?

But then again, maybe the metro doesn't matter. It shuts down early so it is not like you can count on it to get home from a night game ...
They should 100% link those projects...
Italianju : 5/23/2022 4:47 pm : link
although locals always fight the metro being added. And the metro will adjust hours for certain events, im sure they would do that for the max 1 home primetime game they get a year, haha.
Looks like my kid's booster seat
mikeinbloomfield : 5/23/2022 5:00 pm : link
Renderings, sure, but the one where fans are casually watching a Commanders practice is funny, given their history of charging fans to watch, which means scouts from opposing teams could come in.

Snyder is the worst owner in the NFL by a wide margin, but he's also incompetent so this'll be an expensive boondoggle everyone will hate.
I guess that explains the skimming off....
MOOPS : 5/23/2022 5:01 pm : link
the NFL communal pot. Gotta to pay for the new crib.
They also just bought a huge tract of land in Prince William Cty.
BigBlueNH : 5/23/2022 5:04 pm : link
https://www.espn.com/nfl/story/_/id/33971374/source-washington-commanders-spend-100-million-land-virginia-possible-stadium


You remember when the Roman Colosseum was new
Snyder knows he will be forced to sell
NoPeanutz : 5/23/2022 5:37 pm : link
and nothing dramatically inflates a NFL team's worth in the short term like a new stadium. Getting a new stadium deal could have been his price to sell... not a bad poison pill for him.

The lifetime for a new stadium is 30 years. Giants stadium was 30 years when they knocked it down (though the zombie debt lives on), and FedEx field is just about 30 years. Time to knock it down. Turner Field was not even 25 years old, after replacing Fulton County in 1997.
So good news for all the MetLife haters and all humans with at least 1 functioning eyeball: MetLife is already 15 years old... so we are almost certainly already closer to its successor than we are to Giants Stadium.
Feel old yet?
My mistake
NoPeanutz : 5/23/2022 5:40 pm : link
MetLife opened in 2010, but Xanadu "officially opened" in 2007, though not to customers until two years ago. So this year will be the 15th year and maybe halfway point of the mall.
Just what that area needs...
bw in dc : 5/23/2022 5:48 pm : link
more congestion on the Beltway and 95 on a Sunday.
OH great
Joey in VA : 5/23/2022 5:52 pm : link
Visiting the folks and friends in VA will now be more impossible during the Season. As bw said, just what the area needs.
This makes it look like a soiled sanitary napkin
Geomon : 5/23/2022 5:53 pm : link 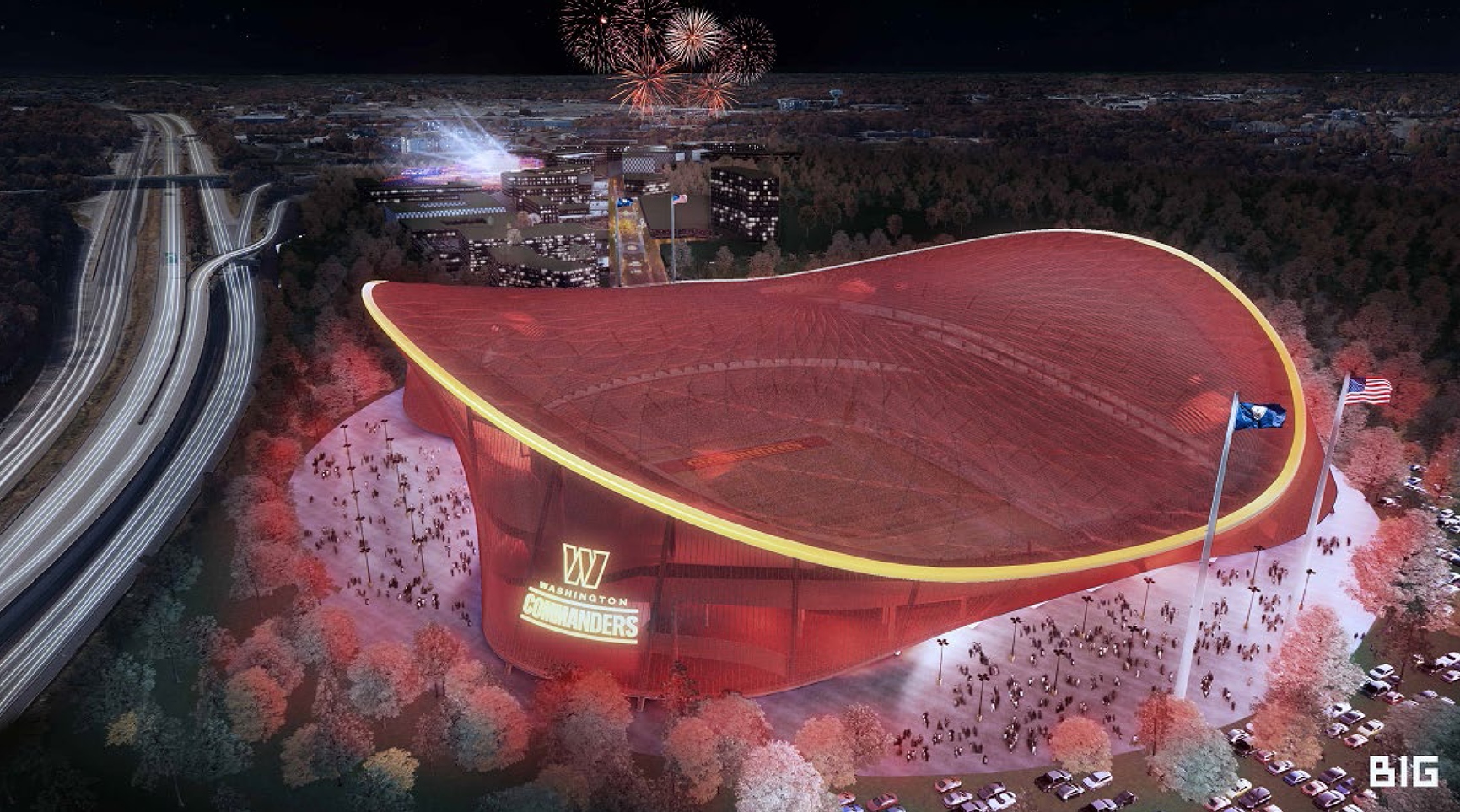 From the Urban Dictionary:


Impressive. RFK was awesome. I remember when giants stadium was new but that doesn’t compare. It’s actually one of my first memories, driving past the newly built stadium in the meadowlands with my parents and brother on route 3 and my brother telling me it’s just about done but they are just painting and touching things up. I guess that was around 75 or early 76.
RE: They also just bought a huge tract of land in Prince William Cty.
RCPhoenix : 5/23/2022 9:58 pm : link
In comment 15716581 BigBlueNH said:


I was at the last game ever at RFK, and the first game ever at RalJohn (now fed ex) stadium. People forget that Jack Kent Cook originally named the stadium and land after his two kids Ralph and John.

Was sober at both as I was still in high school. Still have the ticket stubs from both though.


There's about a zero chance of ever extending the Metro to that location. The Silver extension was funded by the Metropolitan Washington Airports Authority. There's hardly enough funding to support maintenance on the existing system.