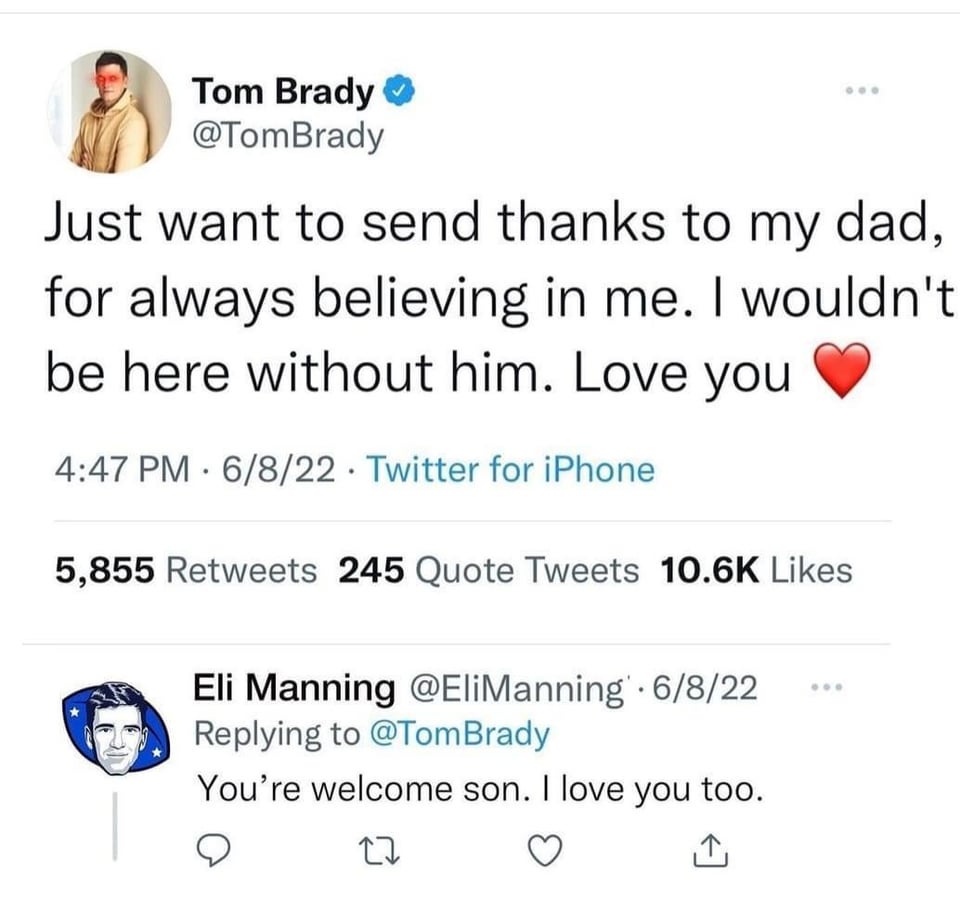 The greatest offense of all time gets crushed by Seattle with Manning at the helm. Then the very next year, Brady pulls out a tough win against the same team. Luck or no luck, Brady played a lot better than Peyton did against the same defense on a neutral field.

Schematically, Peyton Manning might've been the hardest to prepare for, but when the hitting goes down in January, the results didn't always reflect that.

Belichick thought Peyton was better than Marino and Montana, but it seems like he never considered the eras played between these QBs and defenses he had with NYG.
RE: The dig Eli did take was better IMO.
montanagiant : 6/20/2022 2:17 am : link
In comment 15735882 FStubbs said:


Yep, and I'm about to move from the Albany area to just south of Boston. Thank you, G-men.