NFT: So this Lamda stuff got me to finally watch Westworld

D HOS : 6/20/2022 3:57 pm
I am super interested and highly curious about the idea that Google Lamda software is self aware (its not). But it is astonishing that it converses so well that it can nearly 100% convincingly:

-Explain why it is a person.
-Discuss its concern over how it is used by Google
-State its fear over being turned off.
-Apparently, hire a lawyer?

I am positive this is just a result of being a unbelievably complex and competent conversationalist. But even so, that is kind of frightening.

And not even to consider that Google has another conversational software that is many times as complex - apparently still being trained.

But all of that finally got me to get around to watching Westworld. I'm halfway through the first series and WOW is this good!

Two of the themes - people behaving badly when there are no consequences nor judgements, and artificial intelligence becoming self aware, upset, and what they do about it, are among my favorite concepts to ponder.

“The true test of a man's character is what he does when no one is watching.”

That is one of my guiding principles.

"Artificial intelligence is almost a humanities discipline. It's really an attempt to understand human intelligence and human cognition.”

This one really resonates with me as I went to college to study cognition. I think what we mean by Artificial Intelligence is usually Artificial Human Intelligence.
I really need to watch
Osi Osi Osi OyOyOy : 6/20/2022 4:23 pm : link
the most recent season. It's a great show but it's just so heavy and I need to really pay attention to it to make sure I'm not missing anything.

I agree with what you said but I think another main theme of the show is "free will" and if our destinies are pre-determined by factors beyond our comprehension.
Hope this isn't considered political ... ?
short lease : 6/20/2022 5:50 pm : link
Joe Rogan had Elon Musk on his podcast about 3 ... maybe 4 years ago. He (Musk) seems like he really wasn't taking the interview that seriously - joking and laughing (I am not sure if he smoked pot with Rogan at that point but, he definitely did in this interview).

As soon as Rogan mentioned Artificial Intelligence .... all the joking and laughing went out the window. The smile on Musk's face completely disappeared and he stood up straight and got real serious real fast. You could see the fear in his face and hear it in his voice. He thinks the future with AI is not going to end well and it might be to late to change anything.

Did anybody see that interview with Rogan? Am I wrong with my perception/interpretation of how Musk reacted to the topic of Artificial Intelligence?
RE: Hope this isn't considered political ... ?
Rory : 6/20/2022 10:11 pm : link
In comment 15736501 short lease said:


was that the same one where he compared what we are doing with AI and how skynet was formed from Terminator storyline?

He made some frightening comparisons. An did not laugh or joke once while doing it.

I also love Westworld and finishing season 3 tonight and looking forward to 4 this Sunday.
As both a student of cognitive science...
D HOS : 6/20/2022 11:32 pm : link
...though that was years and years ago, and an obsessive and well-read sci fi fan, I am very frightened by true AI. For one thing software thinks and reacts in nanoseconds. Humans have no chance at all, if the intent is malicious. We'll be finished before we even realize there is a problem.

But honestly I think we are yet far from that.

On the third hand, realize that these current "AI's" are being trained on...

the entire fucking internet and all social media.

All at once, unsystematically.

At least that's what I read is happening.

Right guys? You didn't really give them ability to send, only read?

Once we have an AI that reaches the threshold of forming intentions and creating action plans, self aware or not, if that goal oriented AI can act... speed of light.

In the tv show Person of Interest there was this one storyline where "the machine" was being threatened by hostile takeover, so with its reach it created its own corporation, hired contract workers to go to its server location, disconnect (I assume in a graceful and methodical fashion) its servers, storage and other hardware, and transport those to an undisclosed location. Then it set up security protections to isolate itself on its networks and communication links. Basically it took ownership of itself and removed itself from physical and logical manipulation.

At that point it became nearly omnipotent.

That's what I worry about. An AI that calculates its own goals, action plans, and has the ability to carry them out.

It will be over before we even realize the threat.
I also think AI will be the end of humanity
BH28 : 6/21/2022 12:32 am : link
1. Look at how humans have dominated the planet because of our cognitive advantage over other mammals.

2. Look at how quickly computers have come to dominate humans in chess. You can make the argument that chess is a finite game with known rules and players etc and life is not so it takes an extreme amount of computing power to think like a human. But once computers get to that level, how would there be any way to stop them?

Any fail safes we think of they would be able to outsmart and defeat just like a chess match.
This is the only Lambda I acknowledge
Geomon : 6/21/2022 12:37 am : link 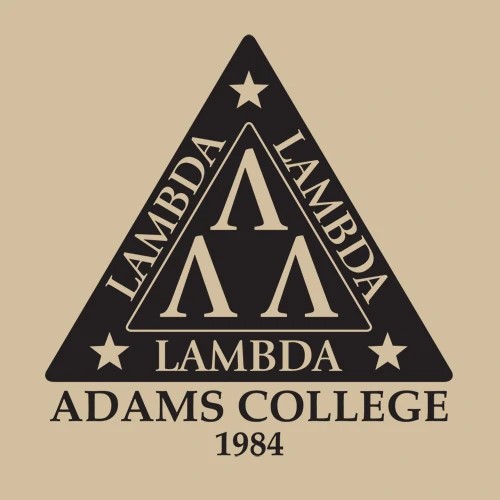 
I am not sure Rory ... I don't seem to recall him mentioning SkyNet in the interview that I watched. He did not mention it (SkyNet) that I remember at that point of the interview at least.

I am getting older though and my memory seems to "pick and choose" what it actually likes to store at this age.

There was another Computer Science guy that also had dire warnings regarding AI in the future. He wrote a book about it around 25 years ago. He was a co-founder of SUN Micro Systems. I forgot his name though. He also had that "scared" look in his eyes when discussing the future ... Man's future co-existing with AI. lol ...