That connection may help explain the Giants targeting Davidson earlier than most draftniks slotted him. Our western scouting has been especially weak, so the coaching grapevine may have carried extra weight.
RE: I had previously missed the connection…
Eric from BBI : Admin : 6/20/2022 7:49 pm : link
In comment 15736589 Big Blue Blogger said:

hopefully nyg found another cofield type who can play some snaps right away.

cofield was an underrated great draft pick btw, just looked him up and he only missed 1 start in his first 8 years. i remember the year they picked him he was basically a starter on the depth chart right when he was drafted because they had nobody else.
looking forward to seeing both Davidson and Bellinger in action -
Del Shofner : 6/20/2022 10:14 pm : link
rose-colored glasses and all that but I think this has a chance to be a very good draft class. Coaches seemed to know what they wanted and the FO listened. At least that's my perception.
Coaching getting the players they wanted is all fine and good
George from PA : 6/21/2022 6:07 am : link
Until the coaches change....

We must stabilize the coaching ranks....as we have been in the cycle of losing.....wash, rinse, repeat.

Although not always ideal for draft picks..but I also like that he is 25 year old DLmen....less upside, but already a man.....ready to play a man's position.


Davidson is the type of player you keep for rookie contract and RFA at most. However that is fine for where he was selected versus someone like Dalvin Tomlinson in Round 2.
Always liked Herm
Lines of Scrimmage : 6/21/2022 7:55 am : link
Seems to really see the big picture. I am glad to see his positive words on this player.

Thanks for posting. I do not recall these videos in the past but they have been a really good addition if this is a new thing.
As long as Davidson can become a competent backup NT...
Klaatu : 6/21/2022 9:44 am : link
He'll be well worth the 5th Round pick the Giants invested in him. Good teams always have good role players. Let's hope Davidson becomes one.

Bellinger, on the other hand, has a great opportunity to start sooner rather than later. Let's face it, his competition is pretty weak. Initially, the Giants might want a veteran to start, but talent will out, and Bellinger looks to be pretty talented.
I too am happy
ChicagoMarty : 6/21/2022 10:58 am : link
that the Jints drafted a promising DT in a later round rather than an earlier round. 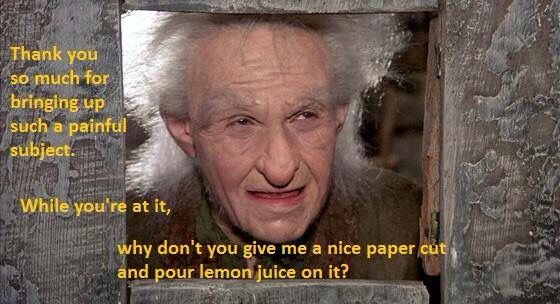 Who cares if he can't get to the QB, if he crushes the pocket and FORCES attention on him - the other DT, DEs, LBs and the back four; all benefit.
RE: As long as Davidson can become a competent backup NT...
Big Blue Blogger : 6/23/2022 2:43 am : link
Klaatu said:
I think the team’s expectation in drafting Davidson is that he will back up Justin Ellis this year, and ascend to NT1 in 2023, when Ellis is a UFA. NT2 isn’t really a role you draft for. How many snaps does the backup NT play? Just a handful, in goal line and short yardage, until the starter gets hurt. In 2016, for example, the Giants claimed Robert Thomas off waivers before the season to back up Snacks Harrison. Thomas appeared in eight games and played a total of 68 defensive snaps.
Maybe so...
Klaatu : 6/23/2022 7:35 am : link
But in Schoen's words re drafting Davidson, they saw him as "a good depth player that has some upside. We are excited about working with him inside, again, trying to add some depth up front there."
Those big DLs get gassed pretty quickly
arniefez : 6/23/2022 9:05 am : link
having some young legs to backup is smart drafting IMO. I agree with Del Shofner. I'm very optimistic that the Giants had a strong draft that in a few years we'll look back on it as the foundation for a contender to win the NFC East.

I'm going to hold onto that optimism for as long as I can. Regardless of the results in 2022. I think the Giants have operated like a smart functional NFL organization since the day Joe Judge was fired. I think this year they've done everything right that they were doing wrong for the past decade.

But the NFL is a results business. I'm not expecting miracles in 2022. The Giants will have to start rookies all over the field. That's not a recipe for contention. But I am expecting process and competence. Sometimes that's not so easy to measure.

I remember in 1989 the Giants beating the 1-13 Jimmy Johnson Cowboys 15-0 in the second to last game of the season. The Giants could have won that game 40-0 if they wanted to. They had the ball for 42 minutes and Dallas had 108 total offense.

In those days the after game coaches hand shake wasn't really a thing. I remember Parcells looking for Johnson and catching his eye and putting his hand under his chin signaling keep your head up. Parcells had been through a season like Johnson was going through in 1983.

In his post game press conference Parcells when the media was talking about how much the Giants had dominated the game mentioned that regardless of their current record Dallas was going to be a very good team soon. That Dallas team played a lot of rookies and Jimmy Johnson inherited a terrible roster.

I'm hoping that if we watch closely this year regardless of the results we see the foundation of a contender being built and the Giants are a very good team soon.
To show that picture here
Carl in CT : 6/23/2022 9:06 am : link
You must have balls. That’s still in my mind. Well while your at it you might as well talk about Valdimer. Or Ray Handley. Continue…..
Klaatu: I think we're saying the same thing in different ways.
Big Blue Blogger : 6/23/2022 9:54 am : link
Davidson begins his career as a backup; that's his immediate value. As Schoen said, he has upside; for a nose tackle, that has to mean starter potential. If he remains NT2, at least they will have gotten some value from the pick.

I remember the debate about whether Zak DeOssie was a good draft choice. IMV, he was a bust (as a linebacker) because nobody intentionally spends a fourth-round pick on a long-snapper. On the other hand, he was a long-term contributor who earned two rings and did more in punt coverage than a typical snapper. I regard what he ultimately became as salvage value, not a successful investment. I would have the same view of Davidson if he doesn't crack the lineup in the next year or two. In any case, the 147th pick is a lottery ticket, not a significant bet.
BBB, I didn't mean to sound so dismissive of Davidson.
Klaatu : 6/23/2022 11:03 am : link
I do hope he can become a starter (the same as the other 5th Round picks), but in the meantime I figure he'll see significant minutes as a backup. For a team as "depth-deficient" as the Giants, that's a good thing.
Herman Edwards did the Giants a great service
arniefez : 6/23/2022 3:46 pm : link
no fumble, no George Young, no Bill Parcells and probably no Super Bowl trophies for the Giants. The fumble changed everything for the better. It was the last time the Giants changed the way they do business until the QB sneaks. I'm hoping the QB sneaks do the same thing.
RE: Herman Edwards did the Giants a great service
Klaatu : 6/24/2022 7:15 am : link
In comment 15739070 arniefez said:


Good point. As Mom used to say, "Every kick is a boost."

Still, it's a very unpleasant memory.