NJ_GIANTS : 6/28/2022 8:16 am
I’ve been a life long Yankees fan and we just did a 10 trip across Italy.. Venice, Florence, Naples, Sorrento, and Rome… I was a amazed how many Yankees hats I saw… so I started counting on the first day any American Sports hats..

Not a single NFL or NBA hat… the kids got into it and started to help identify and count… it’s amazing that the Yankees brand just dominated the count.
We got..
FatMan in Charlotte : 6/28/2022 8:25 am : link
back from Europe a couple weeks ago and I saw tons of Yankees hats that weren't worn by Americans. I did see a fair share of Lakers and Celtics gear to though. There were people protesting outside of La Sagrada Familia and one of the guys had a Paul Pierce jersey on, which was pertinent because before the day ended, we saw three other people with Pierce jerseys on and all of them were locals! Frankly, I didn't see much NFL stuff. We saw a few people wearing Carolina Panthers gear, but they were Americans. A couple foreigners with Raiders gear. Nobody with Giants, Eagles, Cowboys or Redskins apparel.


Levis are very popular in Europe. Common for Europeans on holiday in the states to bring back pairs.

Linked article goes into the popularity of the brand in the USSR, and the symbolic power they held.


Link - ( New Window )
The Yankee logo is the biggest team icon in world sports
Producer : 6/28/2022 8:57 am : link
But let's be clear, most wear it because it looks cool and conveys New York and America. Many, I am sure, don't know it is the New York Yankees logo. The Yankees logo is a fashion statement. when someone wears Man United shirts, chances are, they actually like the team.
Jay Z claims in his lyrics that he makes
Chris684 : 6/28/2022 9:08 am : link
the Yankee hat more famous than a Yankee can.

I'm sure he's right.
The Yankees logo represents America and New York overseas.
Optimus-NY : 6/28/2022 9:12 am : link
My chica friend in Dubai asked me to send her two from NY while I'm here. She doesn't even know who the Yankees are. She just think they're cool. I'm a Mets fan, so needless to say, that won't be happening, lol. When I asked her why that Yankees hate, she said it looked cool. It's a fashion thing, nothing more.

People who wear PSG, Man U, Man City, Barcelona, and RM jerseys though are almost always, if not always, aware of those respective clubs and are very likely fans of the teams too. I've never seen an NFL hat worn overseas that I can remember and I've been an expat for a long time.
And the Yankees
Pete in MD : 6/28/2022 9:17 am : link
stole that logo.
As far as caps go
giantBCP : 6/28/2022 9:36 am : link
Caps with non baseball team logos always seemed a bit strange to me, and I’m not even a big baseball guy. The older and unchanged baseball logos are the best IMO.
Not a surprise.
Dave in Hoboken : 6/28/2022 9:37 am : link
Pretty sure in the most recent Forbes list, the Yankees were ranked as the most valuable sports franchise in the world.
It's the most recognizable sports logo in the world
Mike in Long Beach : 6/28/2022 9:48 am : link
Which is really something when you consider baseball is nowhere near the most popular sport.
Yankees
UConn4523 : 6/28/2022 10:14 am : link
have also employed some of the top Asian players for going on 3 decades now. Regardless of busting (Irabu, Igawa, etc) the success of players like Matsui and Tanaka have helped to expand interest and fandom globally.
It's a combination of all of the above
arniefez : 6/28/2022 10:20 am : link
Joe D knew it. The guy in the picture too. I wear a Yankee hat when I travel. But in my case I want to thank my father for making me a Yankee fan. 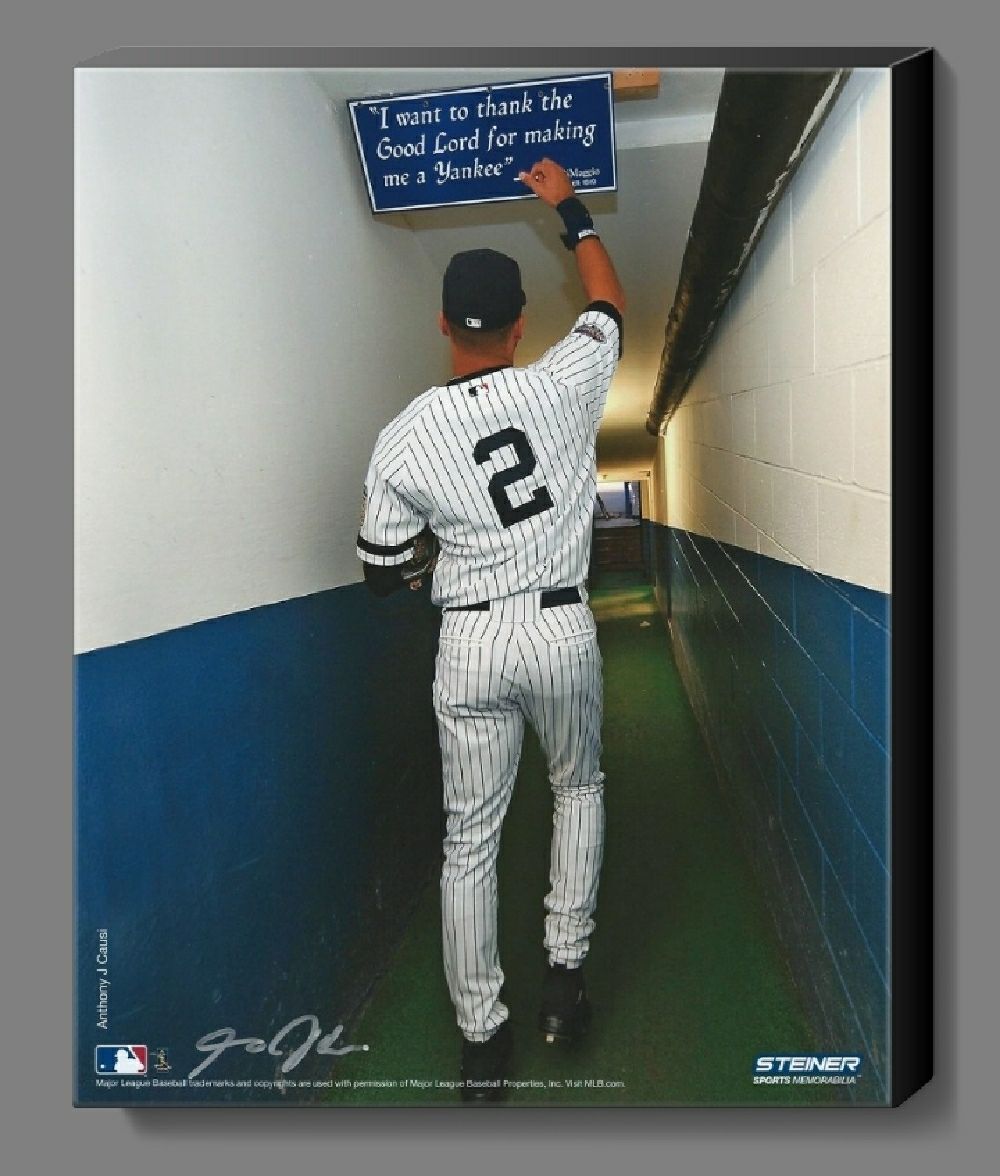 ...
SFGFNCGiantsFan : 6/28/2022 10:38 am : link
I was in a pub in Doolin, Ireland about 7 years ago & this dude-probably 25ish-was posting up at the bar wearing a Shawn Kemp Cavs jersey. It was so surreal.
Was just in Mexico
Mike from SI : 6/28/2022 11:07 am : link
and saw a few Yankees hats but also a Dodgers hat or two. It was unclear whether the folks were locals or not. No Red Sox although I do often come across them internationally. And, I do occasionally see Mets hats.