You astonishingly suck at guessing what I mean. You'd be way better off just trusting what I say, because I'm far less tricky than you think I am.

I think if Jones has an efficient season, and the Giants win a play off game, plenty of fans would want him extended to a middle tier, veteran contract. That's how I feel. That's a guess, I'm not guaranteeing that.

Mayfield had one of those seasons in year 3, in this hypothetical Jones has it in year 4.


The Browns had no leverage. Mayfield was done there and the most of the league either has a qb or doesn’t like Mayfield very much. Was anyone else on him? Considering they paid $10m of his salary my guess is likely not.
they really could do a great commercial...
BillKo : 7/6/2022 10:31 pm : link
...show closeup of Mayfield and his wife talking about if their new digs has enough space.

Then pull out to the new stadium in the background!
At least the conversations about Jones comparisons have moved on
Jimmy Googs : 7/6/2022 11:24 pm : link
from Josh Allen to a more understandable Baker Mayfield.


Yea it’s kind of pathetic that the Maras ; Gettleman; D Jones and Barkley left me with nothing to root for but a mike Glennon Cinderella story but what else is there? Daniel Jones waking up one morning and not be Daniel Jones any more?


Should we throw out the last two years of Daniel Jones because he has injuries everywhere around him and an awful OC who could not catch on anywhere after he was fired? Even before his injury Mayfield was being heavily supported by the running game. They had 1 win against a playoff team with Mayfield as QB (against Cincy where he threw all of 21 times for 218 yards). Against the easiest part of their schedule (HOU, CHI, MIN) he had 2 TD and 1 INT. They ended up scoring 71 points over that timeframe because of running game and defense. The talent was there around him but he regressed badly and then blamed everyone else. Being better than Darnold is not an accomplishment. Daniel Jones was better (barely) than Darnold in their head to head matchup last year. I am no fan of Daniel Jones and would have offered him to Cleveland in a deal for Mayfield (because Brissett may be the worst starting QB), but need to call a spade a spade.
RE: RE: RE: RE: ...
Producer : 7/7/2022 7:40 am : link
In comment 15748453 Mike in NY said:


No. Daniel Jones was plenty healthy when he played poorly. I'm not sure why you're bringing Jones into this tbh. Mayfield played pretty well when healthy.
RE: You know what’s really pathetic about this
UConn4523 : 7/7/2022 7:52 am : link
In comment 15748448 Debaser said:


No he didn’t. He had one career year out of 4 when his running game and D were at their best and you want to make excuses for everything else. Mitch Trubisky had production yet teams weren’t lining up for him. Mayfield is not a good QB, an improvement over Jones or Darnold but that is not saying much.
RE: You know what’s really pathetic about this
Klaatu : 7/7/2022 7:58 am : link
In comment 15748448 Debaser said: 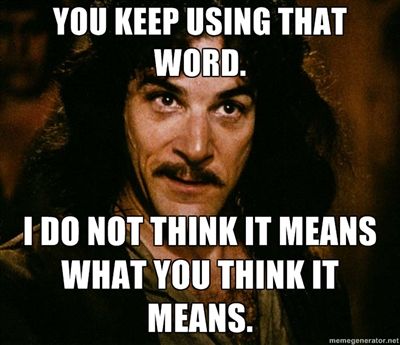 At best you can say d jones played well as a rookie grading him on a huge curve. Even then on account of his many turnovers I don’t recall the giants playing with a lead one time.

Other myths — Garrett was an awful coach because no one else picked him up.

First off, how do you know after two teams and 10 plus years later he even wants to coach any more.?


How many times are you going to say it? It’s kind of sad that when other posters come on here and say that despite offering an unpopular opinion— that I’m still right about Mara— you have to come on and contradict them. You know everything about debaser now and into the future and nothing else can change amen.

If you want to say he's stupid, then simply say he's stupid. If that isn't vitriolic enough for you, then google synonyms for the word. There are many. A refusal to do that, to continue using a word which you know to be contextually incorrect, makes you, well, stupid.
RE: Debaser
Debaser : 7/7/2022 9:20 am : link
In comment 15748495 Klaatu said:


Ah yes it does appear you are foolishly assuming things. If you're going to come on strong at least get your facts rights about what I am saying about Mara.

It was great that Eli was a class act. It was icing on the cake. He was a pretty darn good football player. What does Mara think lightning is going to strike twice?


I'm referring to Jones' physical health. Yes, he battled late season injuries but we have enough of Jones playing healthy to start to make an assessment. As to Mayfield, I think we agree on his relative quality. He's probably a top 15 QB. Nothing more. But that's a big improvement over what Carolina was working with. And Ruhle has to get results starting now, it seems. I wouldn't be thrilled if Mayfield was the Giants starting QB. I want better, as it seems, so do you.
A heaping helping of word salad does nothing to further your cause.
Klaatu : 7/7/2022 9:38 am : link
Are you really that obtuse? Don't you understand that words have actual meanings, and when you use them incorrectly you look foolish? You're writing gibberish and acting like it's somehow profound. Trust me, it's not. If anything, it's clownish.
calling another poster out about getting facts straight
UConn4523 : 7/7/2022 9:45 am : link
might be your best post to date. The irony there is astounding.
and you've had all this time to look up the word
UConn4523 : 7/7/2022 9:48 am : link
and use it properly, and you still can't to do that.
Amazing
GNewGiants : 7/7/2022 9:59 am : link
I’ve never seen a poster so wrong, on so many things in my time here. But not only is he wrong - he digs the whole bigger with each post.
RE: You know what’s really pathetic about this
gidiefor : Mod : 7/7/2022 10:13 am : link
In comment 15748448 Debaser said:

I am calling him one because he implements taunts rule changes on the committee he sits on because his country club sensitivities are offended. And further by subjecting us and jones longer than has been sensible to do so without any competition.

In no particular order I would not list him above

Even after those 18 he is probably in same tier as Hurts, Wentz, Goff, whomever starts in SF.

That list also does not include Watson since he will be suspended this year. Had he played he would have been on the Top 19 list.
I guess Mara
GNewGiants : 7/7/2022 10:52 am : link
Was the only owner to agree to the taunting rule? Lol. I mean a whole committee voted for it for a reason.

What a weird thing to stress over. Mara may be an ineffective owner now - but if you don’t think he cares about the team and organization - you couldn’t be more wrong.

You're also attributing motives to John Mara without any foundation. "Country club sensitivities?" What does that even mean? You would have been better off using "Catholic sensitivities," but even then you would have been on thin ice. Not all Catholics are the same, just as not all country club members are the same. Regardless, your prejudice is showing. Call it "reverse snobbery," with a not-so-subtle hint of jealousy.

To put it in context:


Love how overrated Tua and Mac Jones are, and underrated Wentz, Jimmy G, Lance, even Goff are to an extent.

Trevor Lawrence being top 18 is mostly college hype, so far.


I said it was in no particular order. I took a list of projected starting QB's and took the ones I would rank above Mayfield. Then I went through the list a second time to see if I missed anyone.

Mac Jones has as many playoff appearances as Baker Mayfield does. Jimmy G. knows how to win games, but he is also prone to having at least one "wtf" play in the process. When the D and ST can bail him out that is fine, but I think he would not look the same without that supporting cast. Lance has never been in a system where he had to throw 30+ times on a consistent basis. Can he do that if a game gets into a slugfest? Nobody knows Wentz better than Frank Reich and he was done with him after 1 year for good reason. If you look at the numbers you would wonder why he wasn't higher, but when you see the play in big games it is bad. Goff is not the same QB without McVay calling the plays. He looked better as the season went on in Detroit, but until he shows more I can't rate him higher than I do.
RE: ...
Thegratefulhead : 7/7/2022 1:47 pm : link
In comment 15748304 christian said:
Logic like this goes over everyone's head.
RE: RE: ...
bw in dc : 7/7/2022 3:24 pm : link
In comment 15748773 Thegratefulhead said:


I think the counter from the "Jones-is-the-unluckiest-player-in-NFL-history" crowd would be that Jones had a pretty good rookie season. So, that would be two out of four pretty good seasons...if you drink that Kool-Aid.
Heartwarming
Blu4ever : 7/8/2022 8:16 am : link
Anytime or anywhere you find random acts of kindness.
Calling Debaser “stupid “is an instance.
Trevor Lawrence threw 12 TD and 17 INTs
Spiciest Memelord : 7/8/2022 1:43 pm : link
Jones never had a year that bad and is a career 45/29...


Jones never had a coach as woeful as Urban Meyer.