Meanwhile, I love the "classic" logo, but the navy helmet with royal blue jersey looks weird. Odd choice.
Maxing Out The Alternates-I Like It
Costy16 : 8/4/2022 11:16 am : link
I'm surprised Titans are not wearing white at home in week 1.

I thought with the Cowboys helmet reveal they would be bringing it back with the navy uniform but it appears it will be worn with their color rush jersey, so Giants wear regular blue jerseys in Dallas.


Says in the article that the Giants will be wearing all-white.
Back
Eric from BBI : Admin : 8/4/2022 11:18 am : link
in the day, the superstitious Giants used to wear their away whites at home against the Cowboys because the Cowboys had a worse record when wearing blue.
White Facemasks
Costy16 : 8/4/2022 11:20 am : link
They need to ditch the gray facemasks on the current main uniform set they use. They don't have gray pants anymore. The Bills finally did this after having a gray facemask for a couple of years. It would look so much cleaner.
RE: Back
Victor in CT : 8/4/2022 11:21 am : link
In comment 15771660 Eric from BBI said:


That superstition came from Tom Landry.
While probably not directly related, I think it's interesting to note that during Landry's tenure with the Giants as a player & coach they wore white at home fairly frequently from 1953-56.
Where whatever for Game 1
Jimmy Googs : 8/4/2022 11:24 am : link
- If lose then change to another one until you win.
- Once you win, keep wearing that same uniform until lose again.
- Then start over...


The NFL no longer allows that kind of flexibility.
There was a time when you simply notified the visiting team had to be notified what the home team was wearing by the Thursday prior to a Sunday game. Now having to declare your uniform for the entire year before the season even starts is ludicrous.

The Giants petitioned the league for permission to wear their white jerseys for the win-and-in Week 17 game against Dallas in 2011 but were denied because they had called out the blue jerseys back in July. How absurd is that?
It's not a Fashion Show
Jim in NH : 8/4/2022 11:57 am : link
It's NFL football

And, by the way, who decided those shitty 80s uniforms were "classic"?

Classic is beating the Bears in 1956
Classic is my Charlie Conerly button my Dad bought at my first game
Classic is YA bleeding in the end zone
Classic is "Goodbye Allie"
Sure it's a fashion show. The referees inspect every player before
Ten Ton Hammer : 8/4/2022 12:07 pm : link
kickoff to make sure their sock height complies with the uniform code and all that clothing micromanaging BS the league wants.


It's become so silly larry. Declaring months ahead, petitioning, getting denied.

much like a fan thread caring about uniforms...
What's important to remember about this
M.S. : 8/4/2022 12:48 pm : link
is that the league is not trying to get fans to buy any more uniforms than they already own.

That's what the uniforms did look like when they were actually worn, so why wouldn't the "classic" uniform replicate that?
RE: RE: Giants Color Rush, a/k/a Buffalo Bills home uniform
sb from NYT Forum : 8/4/2022 1:32 pm : link
In comment 15771761 Gatorade Dunk said:


The actual uniforms from the 80s and 90s were much closer in color to the helmets: 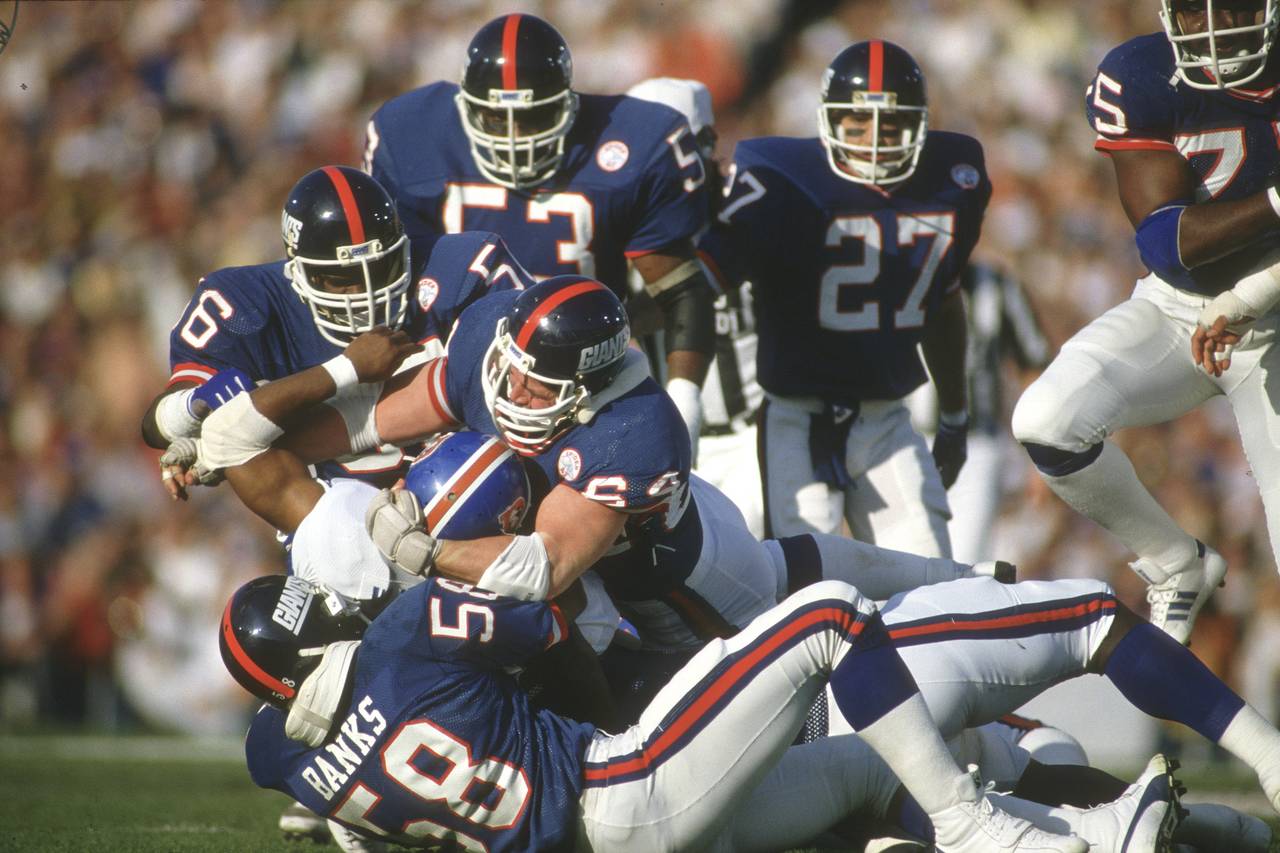 
One thing to note here is that we're only seeing these new throwbacks under studio lighting and not out in the sun. Throw in the fact that we're looking at almost 4 decade old images.

They worked with Riddel to match the colors to be as close as possible and I think they look great.