That was the most intense MNF game I can recall watching.

I always thought that was funny and remember it
The Bavaro game was my favorite
David B. : 8/17/2022 10:18 am : link
I think my favorite non-Giants game was the night Brett Favre's dad died and Brett still played an insane game.

At least that's one that stands out. 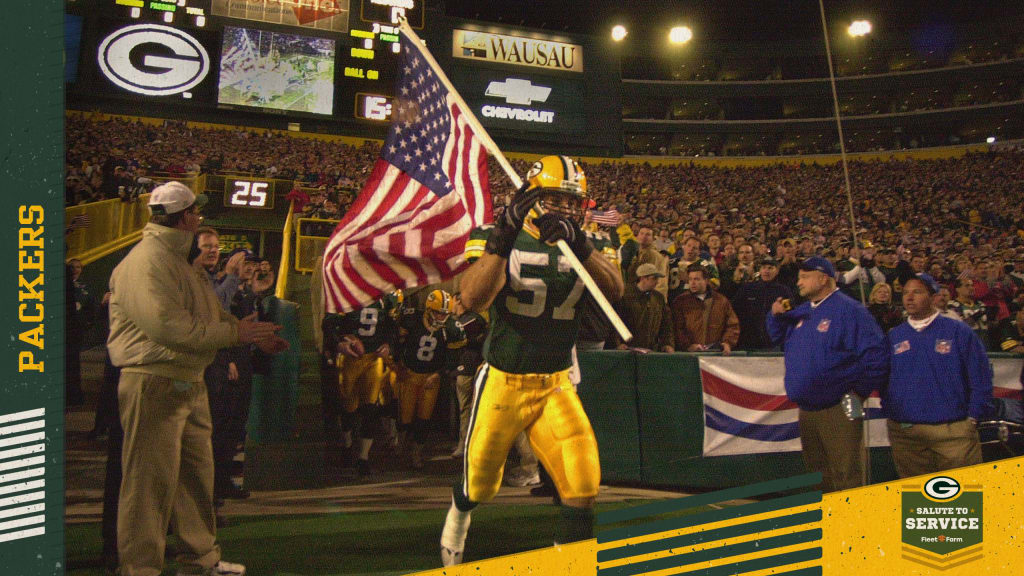 
I remember coming to work early the next day very pissed off about losing that game but more important things soon happened that took everyone's mind off of football
The Bavaro game at Candlestick is my favorite, but 5 weeks earlier...
Big Blue Blogger : 8/17/2022 12:10 pm : link
... the Giants won a much more important Monday Night game at home against the Redskins. They were coming off an ugly loss to Seattle, and came in already a game behind Washington. It was a rough night for both defenses. The Giants couldn't stop Gary Clark and the Redskins couldn't stop, well, anyone - especially Joe Morris. But Parcells figured a 20-3 lead was safe, and almost let the division slip away by taking his foot off the gas.

Turned out to be a good gut check for a team that was still learning how to seal the deal. First of twelve straight wins en route to the SB XXI trophy.

+1
10/27/86 WAS @NYG
Racer : 8/17/2022 1:14 pm : link
LT had 3 sacks that night and Jacoby was fighting PTSD most of the evening. Ray Knight hit his Series Game 7 homer during the cadence on a Washington 3rd down. When the crowd erupted, Jacoby stood up and the flags flew. The sound was as loud as any post-season etc. I've experienced. Good times.
the 1991 home opened against San Francisco
truebluelarry : 8/17/2022 1:46 pm : link
I was at the game, and the intensity in the stadium was immense. The game played out almost exactly like the NFCCG in Candlestick Park the previous January. The winners of the three previous Super Bowl going at one another for the full 60 minutes.

Regardless of how the rest of the season played out - shockingly, neither team qualified for the playoffs that year - this game was awesome and remains a tremendous memory for me.
I was at the OP’s game too
djm : 8/17/2022 3:02 pm : link
Best part was I talked my friend into betting the over. By the time we walked in half drunk it late first or early second quarter and we were practically over already. Fun night. Fun season.
Lots of good ones in 1980s and early 1990s
Jimmy Googs : 8/17/2022 3:14 pm : link
Although later during the Eli-era it seemed like even the decent Giant teams didn't do very well on Sunday/Monday Night.

Then it just turned into being bad both during the day and night. SNF/MNF became comical whippings at the hands of the Eagles and Cowboys.

The 1986 game versus Redskins when the Mets were also in the World Series was probably the most memorable. The epic Niner game in 1990 was also a good one when it became clear that the NYG offense needed a different kind of spark to get past these guys (Hoss was that spark).


I hope they've made up by now.

Word on the street is Burt fed Lott a bunch of supposed NYG trash talk that the Niners weren't physical or tough or whatever, and I guess he might've put Simms on the forefront of that.
RE: the 1991 home opened against San Francisco
NINEster : 8/17/2022 6:41 pm : link
In comment 15783264 truebluelarry said:


That was quite the intense game, but I've never seen it since, not even highlight clips.

That team/organization was the gold standard from 1981 to 1995. Incredible players, coaching, management/ownership.
bw in dc.
SFGFNCGiantsFan : 8/17/2022 6:52 pm : link
Thanks. I know Montana was out the entire '91 season. I guess I forgot about Young missing time.


The Curse of Marty for sure. Marty Schottenheimer was a great HC. He won 200 football games in the regular season. That's a lot of games; and I think he averaged 10 wins per season over his career.


On D, Parcells and BB had to feel super-confident coming into the game based on past performances against the 49ers.


Yep absolutely the gold standard. In many ways I still feel more proud of nyg in them beating or even hanging with those niners 80s teams than than in them beating the pats teams under belichick. I know the pats won more titles, but those niners teams just had so much pure star power and glitz to me.
RE: ...
djm : 8/17/2022 10:31 pm : link
In comment 15783658 SFGFNCGiantsFan said:


That game was ridiculously uplifting and big at the time. Remember being so pumped and then to see the giants win the easier games they needed to get, chiefs and some other slub at the time, line themselves up for a fucking bye week eastern crown if they can beat the jets… I was at that fiasco… what a fucked up season 88 was. Very similar to 2010. Both 10 win wasted seasons.
You're all weird
Route 9 : 8/17/2022 11:51 pm : link
Beating an 18-0 team who averaged around 38 PPG in the Super Bowl will never be topped.

I'll take beating a team who never lost a single game, thank you very much. Tom Brady has 7 Super Bowl rings. Could've had more if it wasn't for the Giants. Of course we have to mention BBI's favorite (The Eagles) but Super Bowl 42 was one Bill was actually trying to win, unlike 52.
......
Route 9 : 8/18/2022 7:21 pm : link
And while we're at it, I made a few calls and we're replacing the "60/70s were bad" speech with Glennon and Fromm games being the worst of the worst.

Sorry.
...
SFGFNCGiantsFan : 8/18/2022 7:37 pm : link
I remember, in the moment, thinking it was over after Young hit Jones for a big gain to like the 50 yard line with 3 minutes & change remaining. But then Craig fumbles it & LT-getting through 2 blocks-catches it mid-air.

Beating the undefeated Pats was tremendous, but beating that 49ers team, who was going for an incomparable three-peat, in San Francisco with a back-up QB was absolutely brilliant.


Should have been able to punch a TD in that game but SF was a tough nut.


The dumbest word in here was "but"

Literally nothing will top Super Bowl 42. I don't care how much Stranger Things has impacted our democracy in the past 6 years. Let's face it, there's a certain line with older BBIers that nothing will be better than their timeline and are guilty of serving the inaccuracies to everyone how only their timeline matters.

Tom Brady is the greatest fucking QB of all time. End of discussion.

I am ambassador to the future and reality. I made a few calls and we're replacing the Glennon/Fromm games with anything worse than the boring lecture about the 60s/70s.