Appendicitits and football don't mix This is no joke... I'm very glad the team docs (or Robinson himself) caught this.

As was mentioned in other threads, Moreau's DC in Atlanta last year was Dean Pees, Martindale's boss for six years in Baltimore. The systems may not be identical, but they certainly rhyme.
Football aside,
smshmth8690 : 9/14/2022 12:33 pm : link
Here's to a quick recovery Aaron, football will be here after you've healed.
Ugh
NYGgolfer : 9/14/2022 12:35 pm : link
What doesn’t kill you, makes you stronger.

What doesn’t kill you, makes you stronger.

I think you can help a defense a lot by putting pressure on the opponent with your offense. Keep the defense off the field or at least let them know anything given up will be taken back by our offense.

Now, AO or KT being back would also help a lot.
No to Flott
5BowlsSoon : 9/14/2022 1:01 pm : link
Love is a possibility which could allow for Jefferson to move up to take his place at safety.

McLeod hurt his hammy so I doubt he is able to play.

Don’t know anything about Layne because he hasn’t played much in his career.


May I ask what on earth does the athletic trainer have to do with an appendectomy?
Just perfect, and after he makes it through a decent game 1 too.
Jimmy Googs : 9/14/2022 1:25 pm : link
Anytime between Jan and August for appendicitis is no big deal. But of course it hits now as soon as the season starts.


Moreau would be my guess. He is not good, but he does have a higher floor as a solid vet who has started a ton of games. Played and started last year for the Falcons (who had zero pass rush) and gave up less yards and TD’s than Bradberry. Think we can throw him out there and feel confident that he won’t give up 160 yards and 2 TD’s to Anderson.
RE: RE: Thanks Ronnie Barnes
Klaatu : 9/14/2022 1:33 pm : link
In comment 15816617 SJGiant said:


Pork chop - I, for one, thought it was funny 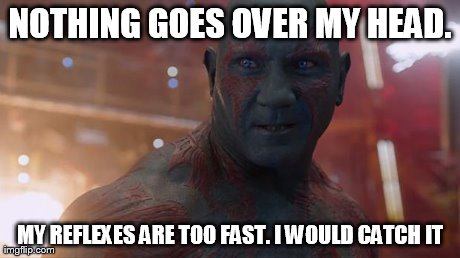 Gotta presume this is a joke, I hope?
Had
Toth029 : 9/14/2022 1:53 pm : link
My appendix removed a few months ago. Nothing the Giants or Aaron could do about that. It's a painful and necessary process. Hope he gets better soon.
It's an opportunity to evaluate the younger CBs in a real game.
Marty in Albany : 9/14/2022 1:59 pm : link
That's what rebuilding is all about. Rebuilding continues through the whole season. That's why we have 6 -count 'em- corners.

When you are rebuilding, you can't afford to keep mystery players on the roster. IMO, it's better to let them try and fail, so that you can replace them as soon as possible. You may lose that game, but you have a better shot at winning later games.
Tannehill was targeting Holmes on that last drive......
GiantBlue : 9/14/2022 2:00 pm : link
He really worries me.....


Or if we hadn’t spend a first rounder on Baker.
What type of surgery did he have? How widespread was the inflammation,
plato : 9/14/2022 2:25 pm : link
outside appendix or not? These are just two of the more important questions the determine recovery time.
Coachspeak
Trainmaster : 9/14/2022 2:39 pm : link
“Why’s Robinson not out there, is he injured?”

If this was half of you you would be bed ridden for 3 weeks.


Wait….wasn’t Holmes the preseason “King” this year who everyone was showering him with unbridled adoration? How many pics did he have? Something like 4….
My son just had this done last week
Sec 103 : 9/14/2022 3:05 pm : link
Not good for a while, he just got out of hospital and needs a month recovery. Then again he isn't getting the professional treatment a player would get.
Who in the world
Spiciest Memelord : 9/14/2022 3:06 pm : link
would bring Metlife turf to Nashville and rub it against Robinson's appendix? Why???
There are things we don't know and won't know unless/until we're told:
81_Great_Dane : 9/14/2022 3:29 pm : link
Did his appendix rupture? (probably not or he'd already by on IR)

How long between onset of symptoms and surgery? How sick did he get?

My brother once got VERY sick with appendicitis and didn't immediately seek treatment because he didn't realize what he had. He was quite depleted afterward, much weakened for a while.

If AR got fast treatment, his appendix didn't rupture, he had laparoscopic surgery and there were no complications, he should be able to return in a few weeks. If treatment was delayed, or his appendix burst, or they had to do conventional surgery (cutting into the abdomen), or there were complications, could be significantly longer.
Barnes said my appendix grew back
ghost718 : 9/14/2022 3:47 pm : link
But I had it taken out years ago


My opinion is this is not sarcasm. If someone blames this injury on the athletic training staff, I could accept the sarcasm. The attack of Barnes being in the Ring of Honor did not sound like sarcasm to me.
RE: The offense is going to have to show up because Robbie Anderson
Toth029 : 9/14/2022 5:52 pm : link
In comment 15816836 Returning Video Tapes said:


Your son, though, won't be facing mammoth men trying to do run over him for money!

How about Moreau up from the PS, started 16 games last year
for another team. I don't think Flott is ready, missed too much time this year in training camp and preseason.
I would go with the experience at this point...