What say you?
I think this is a winnable game
Essex : 9/16/2022 8:35 am : link
but I do think it really depends on our pass rush to take advantage of their bad OLine. So, Thibs playing will probably be even more meaningful than most weeks. I also think they have some decent receivers and ARob not playing hurts. I wish I could predict differently, but I am saying

This is where Wink's defense and approach scares me. Ask your players to be flexible, multiple, etc... but continue to do the same thing throughout a game, no matter how it unfolds.

I hope to hell Wink can adjust if they start killing our man to man defensive sets...


It will be an entirely different gameplan thannlast week, last week you had a bruising runnjng back who you had to stack the box andnplay 2 inside LBs..

This week will be more speed on the field to stay with mccaffrey out of the backfield..

and what did you want him to do differently last week?
nygiants16 : 9/16/2022 8:50 am : link
he takes out an inside LB Tennessee rjns it right up the gut...He gameplanned to stop Henry and whatever tannehill did was whatever..They gave up 20 points and 6 of those points were on shortfield
Hope I’m wrong
Br00klyn : 9/16/2022 8:50 am : link
But I think we’re in for a letdown this week. I feel like baker goes off on our banged up defense


Home opener in front of pumped crowd and only week 2 and you predict a letdown? Not at this point in an early season. Titans are a far better team than the Panthers. Every one is worried about their back but what about them dealing with SB who is a better runner and a good pass receiver. I think this game is close but I think 24-17 Giants.
Wink isn't stupid
Joey in VA : 9/16/2022 9:01 am : link
A S will be shadowing CMC, not a LB. I hope.
This is what I know for sure
weeg in the bronx : 9/16/2022 9:06 am : link
If we lose, there will be complete meltdown among Giant fans

If we win we will over-inflate our chances this year.

Superstitiously I'm afraid to like the Giants in this game - but the Giants have the better coaching staff here by far and that definitely gives them an edge.

I would agree with this, we saw Crowder get burned a couple times last week by the Titans other back. One was the touchdown down the sideline, when he was slow getting over.
Don't think the Panthers haven't looked at that piece of film.
Crowder scares me in coverage, I'll go with Giants, 20-17.
I think it will be another close game - Giants 24. Panthers 20
Ira : 9/16/2022 10:03 am : link
/
The Battle of the Dave Gettleman Running Backs
Jimmy Googs : 9/16/2022 10:05 am : link
Who gets more touches from God?


Do you really think Wink will run the same scheme this week?

CMac is a different style runner/receiver than Henry. Wink, Leo, and the rest of the line schemed to limit Henry as much as possible. Ward’s main job was to set the edge last week, not pressure the QB In fact I thought him, Leo and Dex did their jobs really well.

I fully expect another safety in there this week with a little less dependence on the ILB’s. If KT5 and Olijari are still out then I’d bet he sends more pressure from the DB’s and runs more stunts to get to Baker if the DL isn’t getting home.

I think the home crowd is going to be pretty energized on Sunday and expect a good effort from this team. I don't think Carolina is particularly good.

Name of the game is obviously slowing down McCaffrey, If we can do that, I love our chances. I trust Wink.


SaQuad another 150+ yards rushing, 2 TDs
M.Brieda with an additional 65 yards
DJ with a rushing TD

Golladay with his first rec TD as a Giant
Toney or Slayton gets a rec TD
Eman11
Toth029 : 9/16/2022 10:27 am : link
I agree. Wink didn't blitz as much last week compared to what he's done largely in his career. I feel with Dane Belton back from injury, and with Tony Jefferson possibly coming in too, we will see one of them being the spy for McCaffrey and they utilize more pass rush situations.

Many of you are worried about our weaknesses yet omitting to discuss THEIR weaknesses. Thus, you have lost perspective.

Their weaknesses >> our weaknesses, plus we should be playing in front of a rowdy blood seeking crowd……thus, WE WIN!
Feels like
Jerry in_DC : 9/16/2022 10:49 am : link
We'll lose a close one. 2 bad teams playing a toss up game - we will see a lot of that this year with our schedule.

The results will probably even out over time. I'd guess 20-16 Panthers
Just don’t get the “letdown”/“recent history” thing
BillT : 9/16/2022 10:50 am : link
We have new people in charge. Has everyone forgotten that? How is anything in the past relevant to this team. Maybe we could wait and see if this regime can deal with the burden of a one game winning streak before we assume the past is still an issue. The Panthers are a very average team, if that, at best. I think we we can deal with that level of team.
Feels like the Giants are starting to point in the right direction
JonC : 9/16/2022 10:51 am : link
and the Panthers are a mess. Giants stunk for one half versus the Titans, but found a way to overcome themselves and their opponent. Let's build on that in the home opener, make me believe : Giants 27, Panthers 23
27-20 Giants
WillVAB : 9/16/2022 10:57 am : link
Giants force a few TO’s they capitalize off of. Offense does enough.
Panthers are bad
ChicagoMarty : 9/16/2022 10:58 am : link
Giants are in the not good category until proven otherwise

But another opportunity to build confidence moving forward and continue learning how to win.
My spider-senses are tingling
Spiciest Memelord : 9/16/2022 12:41 pm : link
Giants will pwn Carolina, so I'll shut up.

If i end up being wrong, it’ll likely be because Wink found a way to generate pressure and turnovers without two of our best pass rushers.
I'd feel a lot better if Toney was playing 50%+ of the snaps
OBJ_AllDay : 9/16/2022 1:03 pm : link
Lets face it, without him the giants may have the worst wr group in the league. Saquon will continue right where he left off but the giants can't get off to the same slow start they did this past Sunday.
Where's the Mr. T
Dnew15 : 9/16/2022 1:11 pm : link
"pain" meme????
Giants 23 Panthers 13
CV36 : 9/16/2022 1:37 pm : link
If Jones plays well it could be a wider margin.
Slick’s O meets Winks D
trueblueinpw : 9/16/2022 1:43 pm : link
The Black Cats offense will strive to protect the Duke with heavy pawed felines of integrity but Winks D is confusing and confounding as cat nip. Saquon runs wild, like a mad dog touched by hand of God. Somewhere on the Cape, an old man whimpers, “I told that darling girl that Rome wasn’t built in a day”.

Big Blue 26
Black Cats 20
Depends
RicFlair : 9/16/2022 1:50 pm : link
If Macadoos hair is slicked back we win, and if it’s the weird 2nd grader haircut he had previously then we lose.
Giants losing this one would be the most predictable thing ever
BlackLight : 9/16/2022 1:50 pm : link
If they manage to win, it'll likely say more good things about the team's future than beating Tennessee did.


Coaches seem to see their own weaknesses and the other teams strengths…….fans definitely do.
A good case can be made either way here...
bw in dc : 9/16/2022 3:49 pm : link
Mayfield is a better QB, but the game is at Met and the many of the other matchups are in the toss-up category.

I could easily see a letdown from the Titans game. But I'm going to trust Daboll get the troops focused and parlay last week's vibes into momentum.


lol. Good one Googs.
Like last week, this will be a head-to-head between the RBs.
Ivan15 : 9/16/2022 4:33 pm : link
I was pretty confident Barkley could get more total yardage than Henry, although I didn’t think he would outrush him. Barkley and McC is a matchup of RBs with nearly equal skill sets. If Barkley wants to be recognized as the best RB in the league, and at full strength he may be, he needs to beat McC in rushing, receiving and total yards.

The defense needs to help Barkley accomplish that. Mayfield is a negative factor if Wink can dial up the pass rush. Another close game. Maybe a tossup won by a field goal again. 27-24 pick ‘em.
RE: Slick’s O meets Winks D
HopePhil and Optimistic : 9/16/2022 4:38 pm : link
In comment 15818826 trueblueinpw said:


Baker doesn’t exactly impose his will on anyone. He’s ordinary.

I still need to see more out of nyg but I’m not scared of baker mayfield that’s for sure. He’s always just merely been part of the scenery.

All depends on which offense shows up. Was last week’s second half offense what we can expect going forward or will they be up and down all year long.
Panthers 31 Giants 13
Klaatu : 9/17/2022 7:14 am : link
Flying high all week after they lucked out against Tennessee, the Giants will fall back to reality hard - I'm talking Neo's first jump attempt hard - as their non-existent pass-rush and depleted Secondary will make Baker Mayfield and Christian McCaffrey look like All-Pros. The home crowd will absolutely make a lot noise, though. They'll serenade Daniel Jones and Saquon Barkley with an endless chorus of boos, and it won't be a tune that will make Brian Daboll feel like dancing. He'll be more inclined to go into hiding as he feels his "balls of steel" melt away. 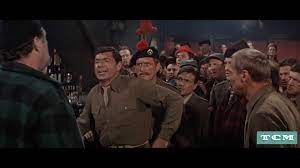 Got to stay with 'em until they prove me wrong.