Producer : 9/19/2022 12:11 pm
will this ever end? It's been a week of total media saturation. One observer said the coronation of the king is next. Is that another week?

This is ridiculously excessive. 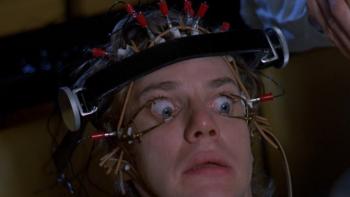 so, let the people who care about it, pay attention to it and participate in it, and for those who don't care about it they can avoid it. 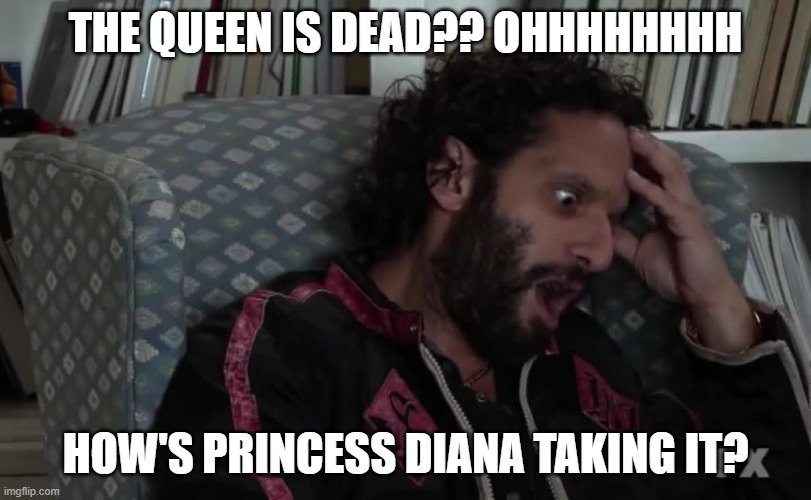 
As opposed to people here who root for other men to succeed at their jobs and change their personal schedules to watch?
Many people appreciate the tradition and ceremony…
Crispino : 9/19/2022 12:51 pm : link
that the Brits do on such a grand scale. I used to feel nothing but disdain for the royals, until I visited England and gained an appreciation for what the royal family represents: reverence for history and continuity of tradition. If you have no interest or appreciation for such things, that’s your right. Better you don’t watch it or let it bother you that others are interested for whatever reason.
RE: If your watching tv channels
Producer : 9/19/2022 12:54 pm : link
In comment 15823456 fanoftheteam said:


You're right. The coronation will probably fascinate history buffs. Watching an ornate crown placed on Charles' head. We've really only seen it in movies.
She was an icon
Vanzetti : 9/19/2022 12:56 pm : link
She ruled for so long.

And she represented a older age that has passed.

I was never a huge fan of hers but when she got dressed up and greeted the new prime minister only two days before her death because that was she was supposed to do as queen. That was impressive.

Also, that she presided over Labour and the Tories at each other's throats for 70 years and yet nobody knew her own politics because she thought as queen she should keep them to herself so ALL her subjects could look to the throne.

No blog posts from the queen. No rants from the queen. Just did her duty and served her country to the best of her ability.
Under The ‘Couldn’t Care Less’ Category
Trainmaster : 9/19/2022 1:06 pm : link
The British Royal Family tops my list.


A point not understood by many. She is probably the last bridge to the WW2 era and the non-hypercritical world.

Just don't get the craze, but whateva! Glad America doesn't have this BS system.

Franco Still Dead - ( New Window )
The only thing I saw about it
moespree : 9/19/2022 4:10 pm : link
Was referring to the 9 and 7 year old kids of Williams as "the heir and the spare". When the 7 year old girl appeared on screen one of the BBC commentators actually said "and here is the spare for her first major event".

I love the history of the Old World cities of Europe, especially London. I like the pomp and circumstance. So what? Live and let live.
...
SFGFNCGiantsFan : 9/19/2022 6:48 pm : link
I don't follow the drama, but the wife does so I know of it through her...it is sad that Harry & William apparently aren't on the best of terms. Being that the other is their only sibling, that saddens me.
Some may wonder why we obsess about the super bowl
DC Gmen Fan : 9/19/2022 7:08 pm : link
For two whole weeks leading up to it. Or 4 days of NFL draft.

Perspective
It was a spectacular event that
AnnapolisMike : 9/19/2022 8:31 pm : link
is unlikely to be repeated in any of our lifetimes. She served her country for 70 years. She met every President since Ike.


The funny thing is that Elizabeth's father, George VI, himself was the spare. Then his older brother had to go and marry any American divorcee so the two of them could go off and become Nazi sympathizers......
I don't know the demographics of BBI, but
CT Charlie : 9/20/2022 8:59 pm : link
it's pretty likely that plenty of us will live long enough to see another one of these funerals. Depends how many years Charles has left on the clock...

And, as others have said, being fascinated by the royals is not much different than being obsessed with, say, the NFL draft. Or the NFL itself. And being fascinated by the pageantry, ritual, and tradition of the funeral – something which happens only about once every 50 years – seems fairly reasonable compared with being fascinated by the annual ritual that is the Super Bowl.
Never seen so many stolen diamonds before
Osi Osi Osi OyOyOy : 9/20/2022 9:02 pm : link
RIP
yea
djm : 9/21/2022 9:32 am : link
Americans calling any other country's inhabitants weird is....rich.