After 2 games the Giants have allowed the lowest comp rate 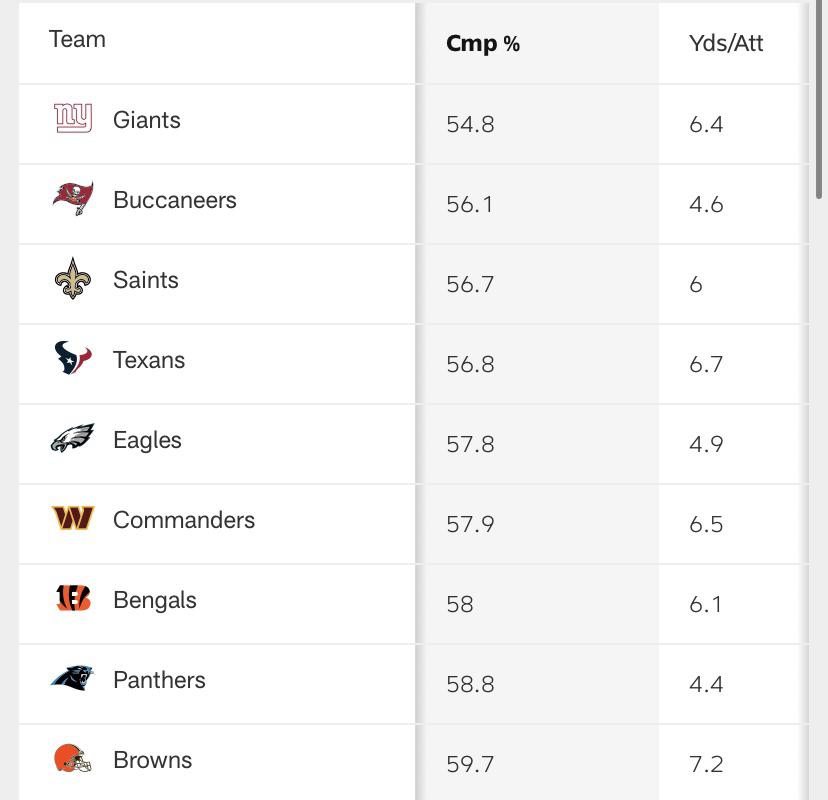 
Let's pump the breaks on scary lol. The Panthers and Titans aren't exactly offensive juggernauts. I'm happy with what I see but let's face a real offense before we talk about this defense being scary
Have been really happy
mfjmfj : 9/20/2022 7:40 pm : link
with the defense, but let's be honest the player that has the most to do with this is Baker Mayfield, with an unexpected assist from Ryan Tannehill.
Here's the thread
M.S. : 9/20/2022 7:40 pm : link
on this topic.


Tannehill was 60.6% so not exactly terrible.

Wink has done a job beyond expectations, especially right away, but I don't think anyone is scared of this defense yet. Thibs and Ojulari will hopefully change that though.
Tannehill...
bw in dc : 9/20/2022 9:25 pm : link
played well against us.

69 QBR, 8.1 YPA, and 2 TD/0 INT. He was very solid and did a terrific job getting them into position for the winning FG, until Bullock choked.

On the other hand, Mayfield was brutally bad. And his performance is what's making the OP's stats look good.