truebluelarry : 9/23/2022 7:52 am
Picking up where we left off, there are fewer newspaper photos that aren't already available in digital archives, but I do have lot of good prints from training camps and promotional individual player photos from 1935 and early 1936 to share.

The defending World Champion 1935 Giants had a great season, as they won the Eastern Division for the 3rd consecutive season, many of the games were close and decided in dramatic fashion. The most well known game was the November 3-0 win over the Chicago Bears at the Polo Grounds. Ed Danowski assumed the full-time TB (QB in modern parlance) after leading the Giants to the Sneakers Game win in 1934. While he didn't have the big-play explosiveness of his predecessor Harry Newmann, Danowski was regarded as one of the best passers of his era as he often lead the NFL in passing efficiency. Unfortunately the Giants ran into a buzzsaw in Detroit at the NFL Championship Game as the Lions were a powerful team loaded with talent.

1936 was a transitional year as Ken Strong defected to the New York Yankees and Harry Newmann to the Brooklyn Tigers of the second AFL, while some of the older Giants stalwarts moved on to life after football. Late in the year Cal Hubbard was coerced from retirement to help bolster the team which had been beset by injuries. Rookie Tuffy Leemans - the Giants first ever draft pick - led the NFL in rushing but the Giants finished with a mediocre 5-6-1 record. 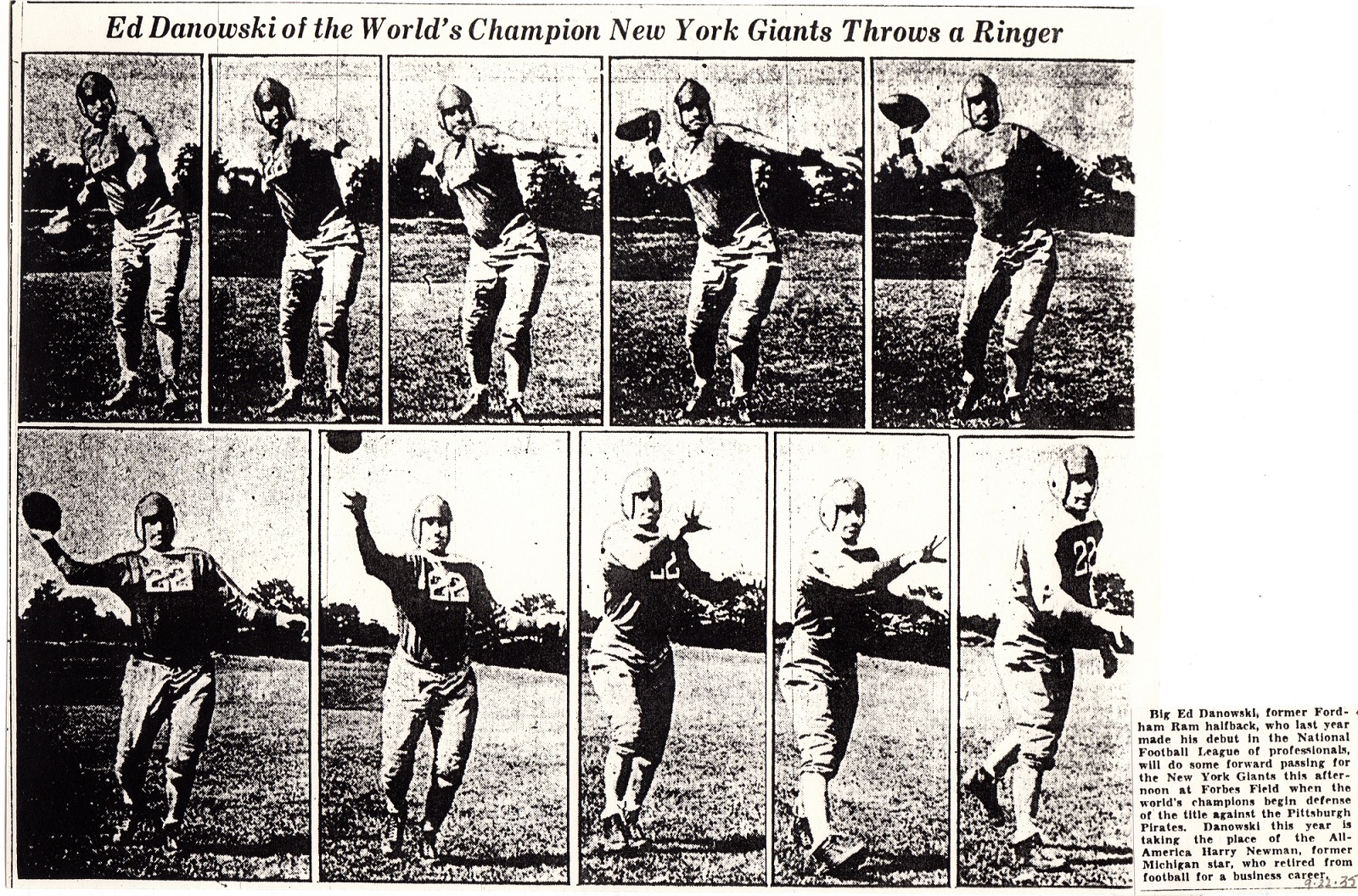 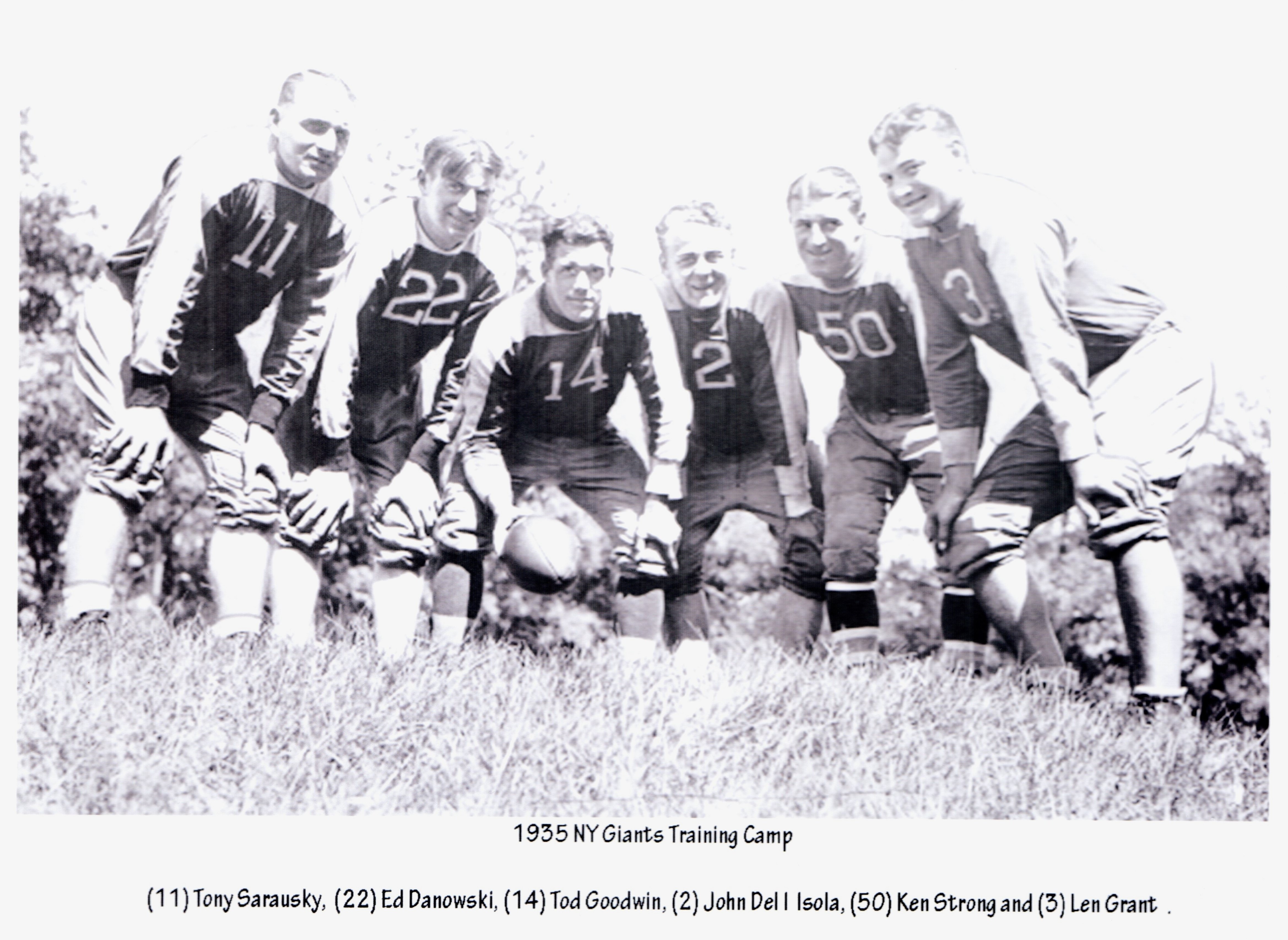 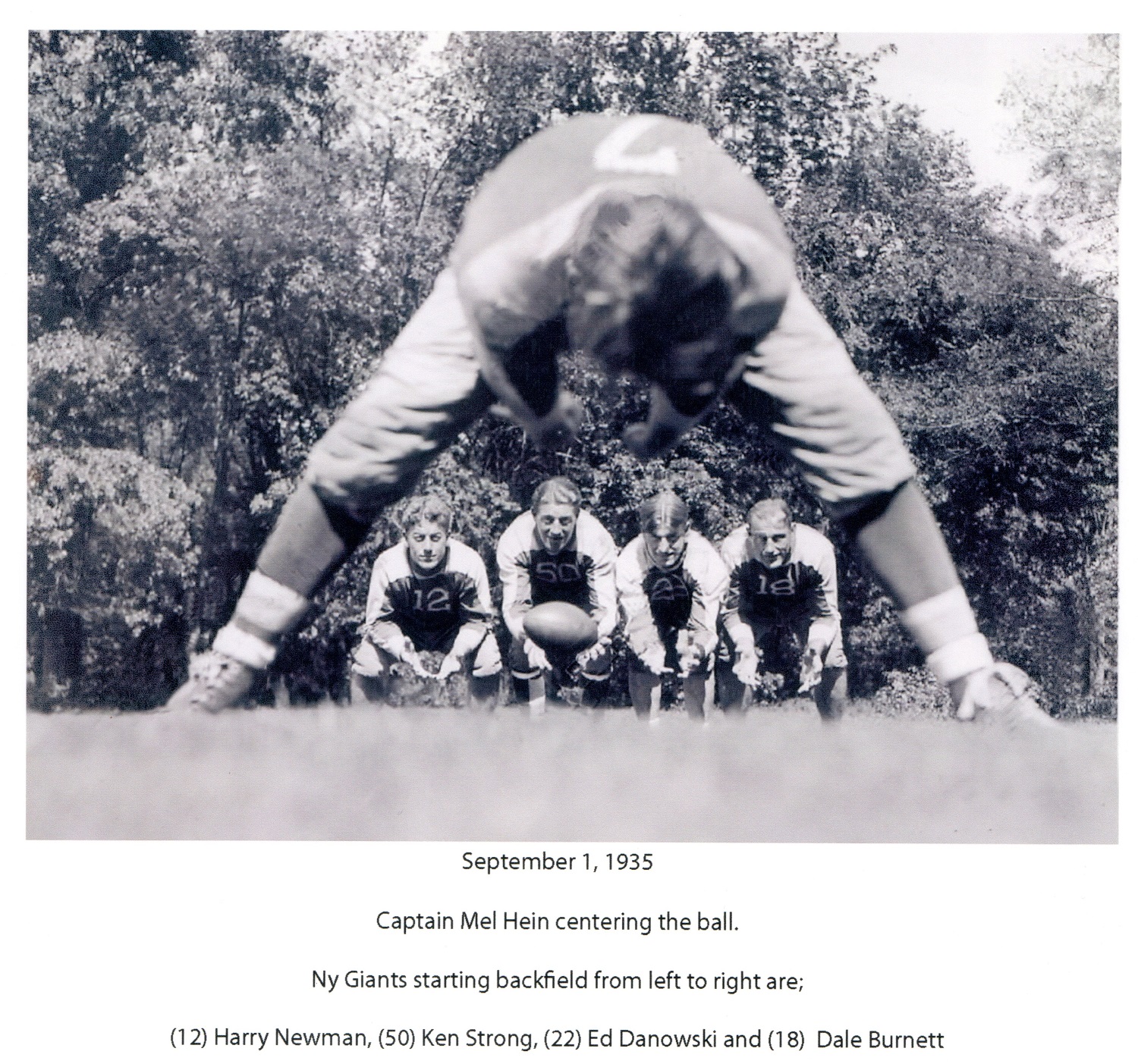 rushing through the point of attack 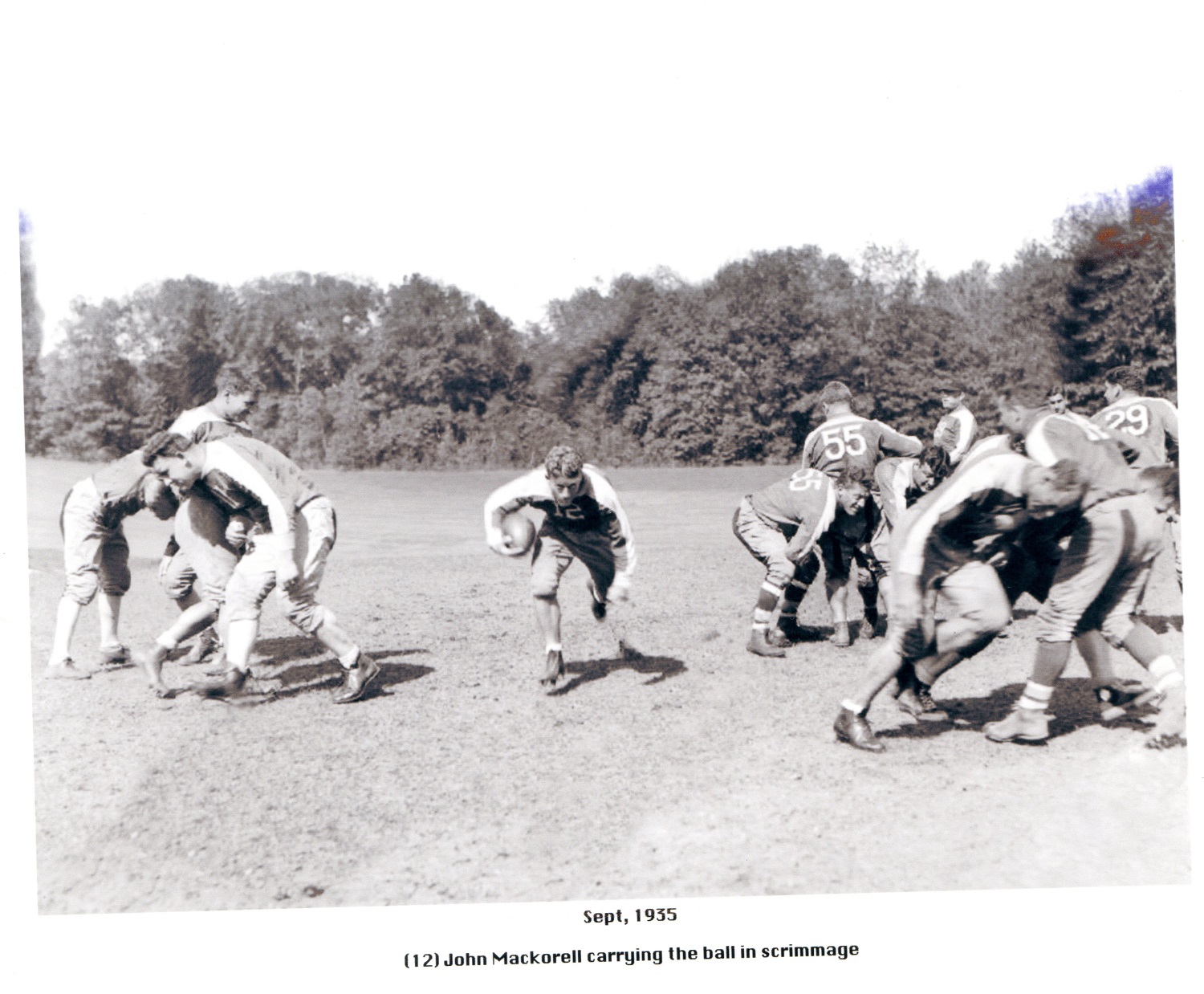 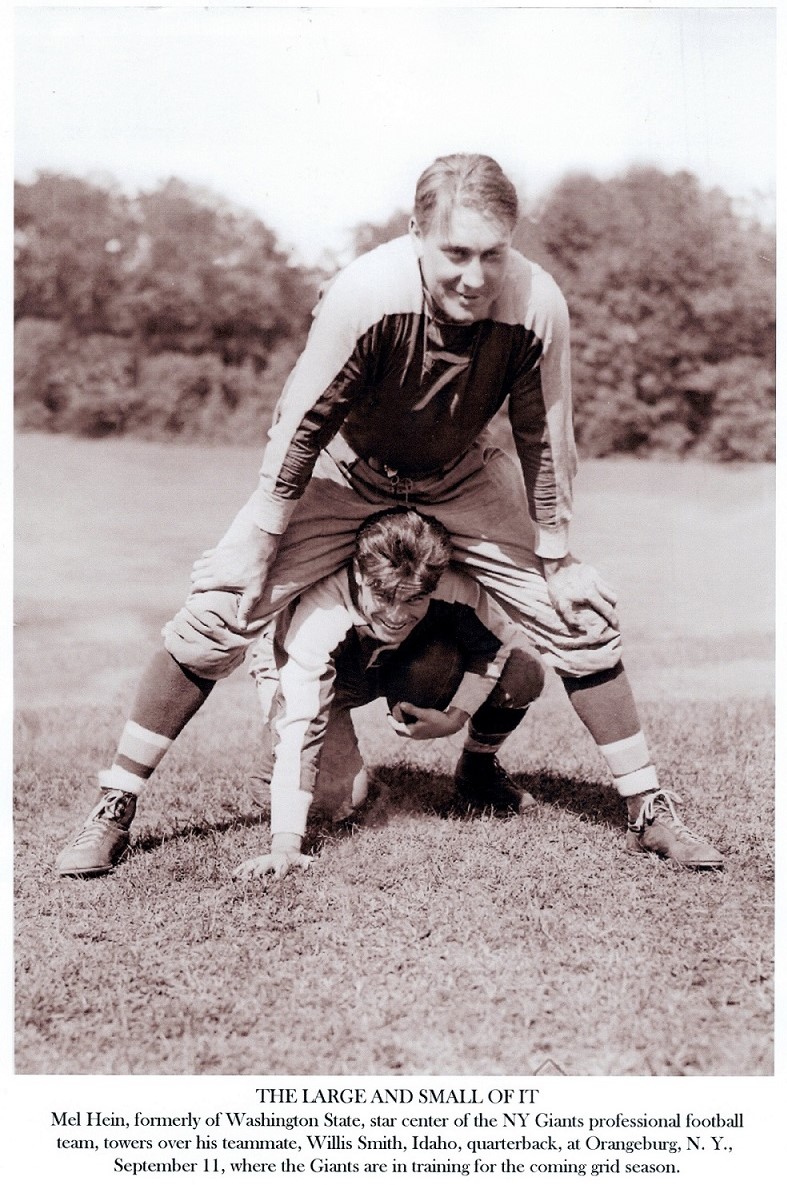 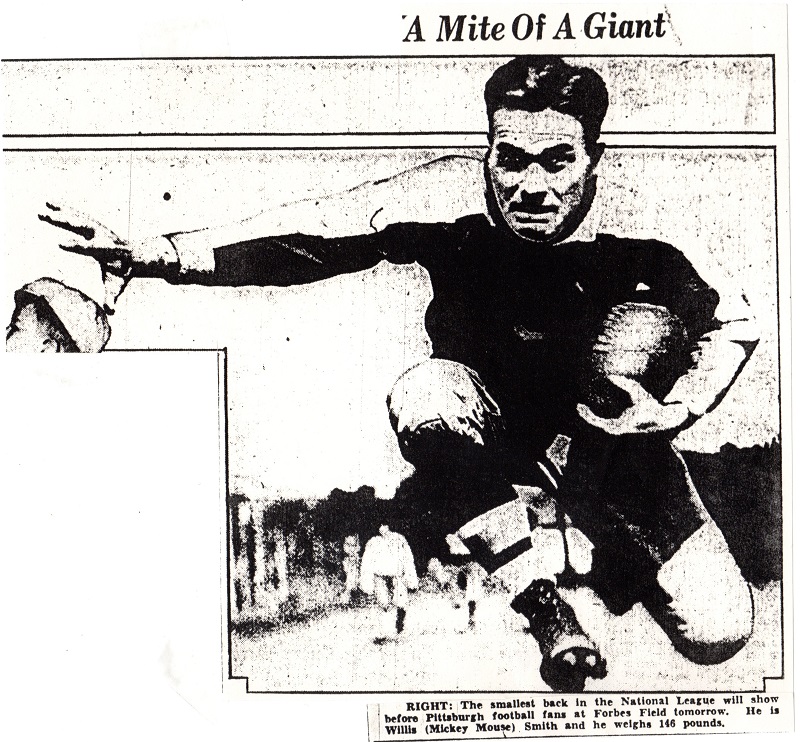 Giants at Green Bay 9/30/35 from the Milwaukee Journal 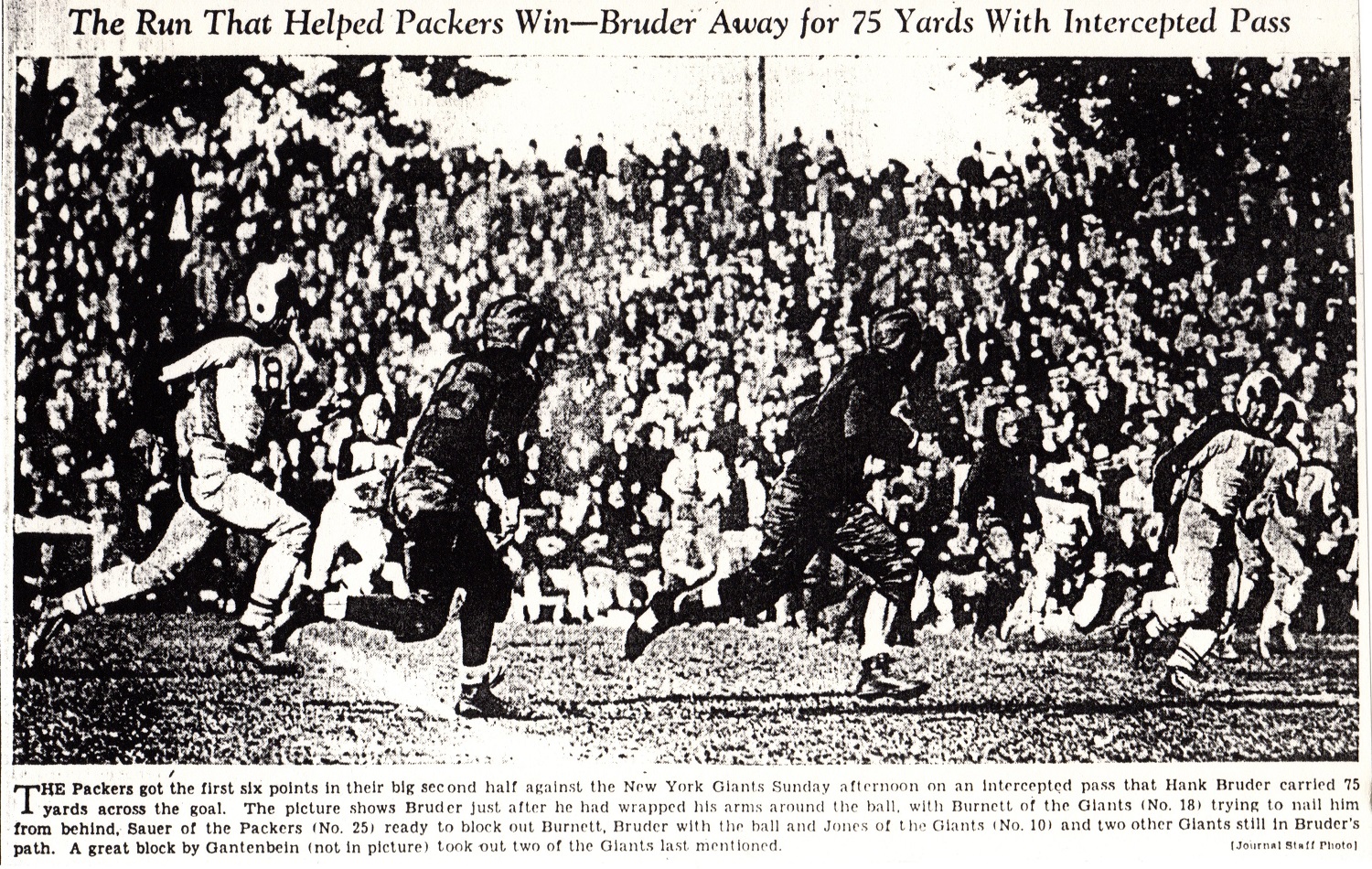 practice in the Polo Grounds 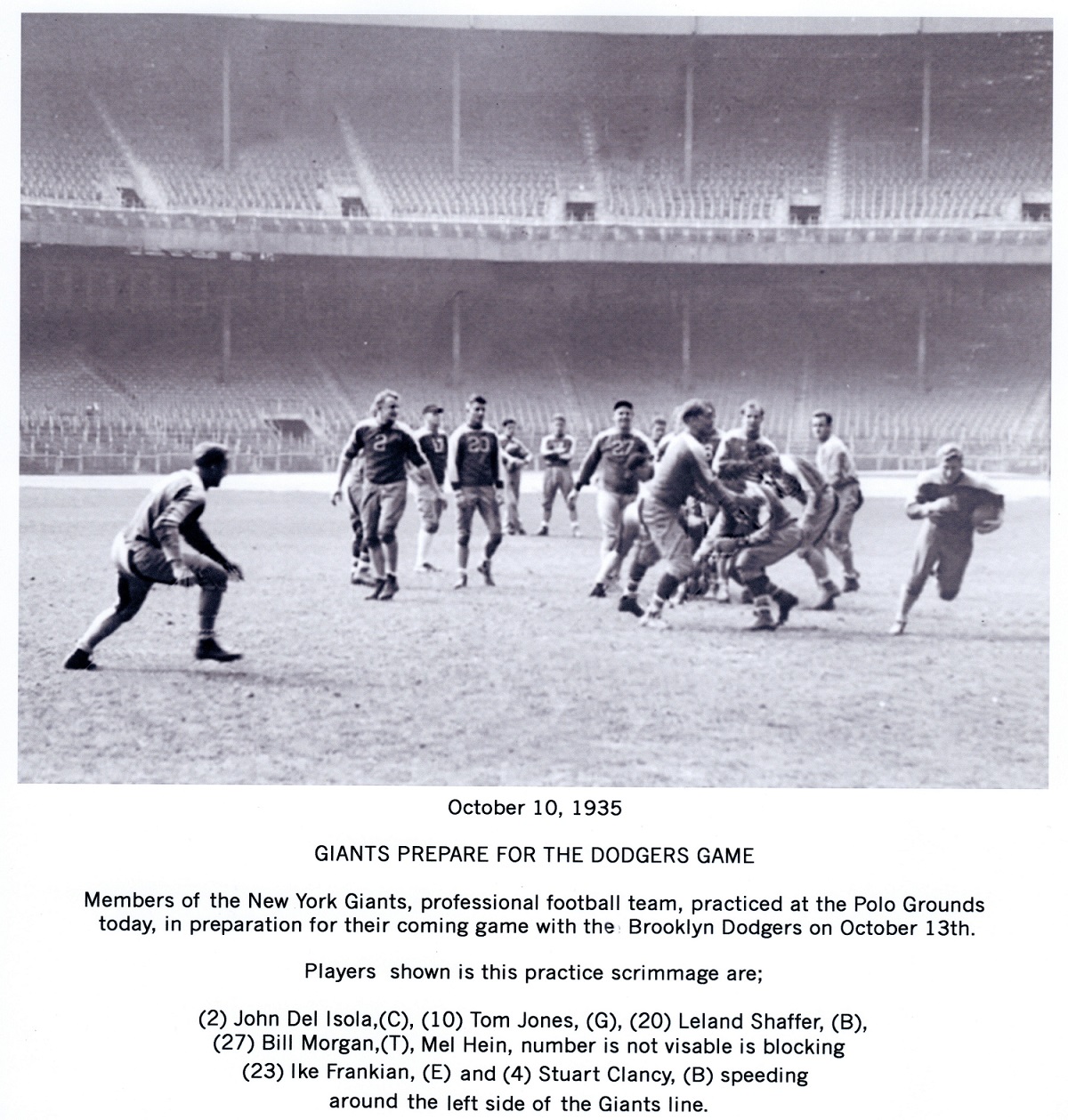 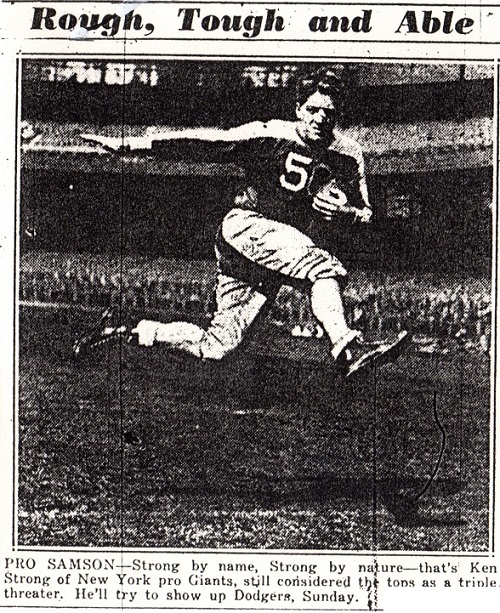 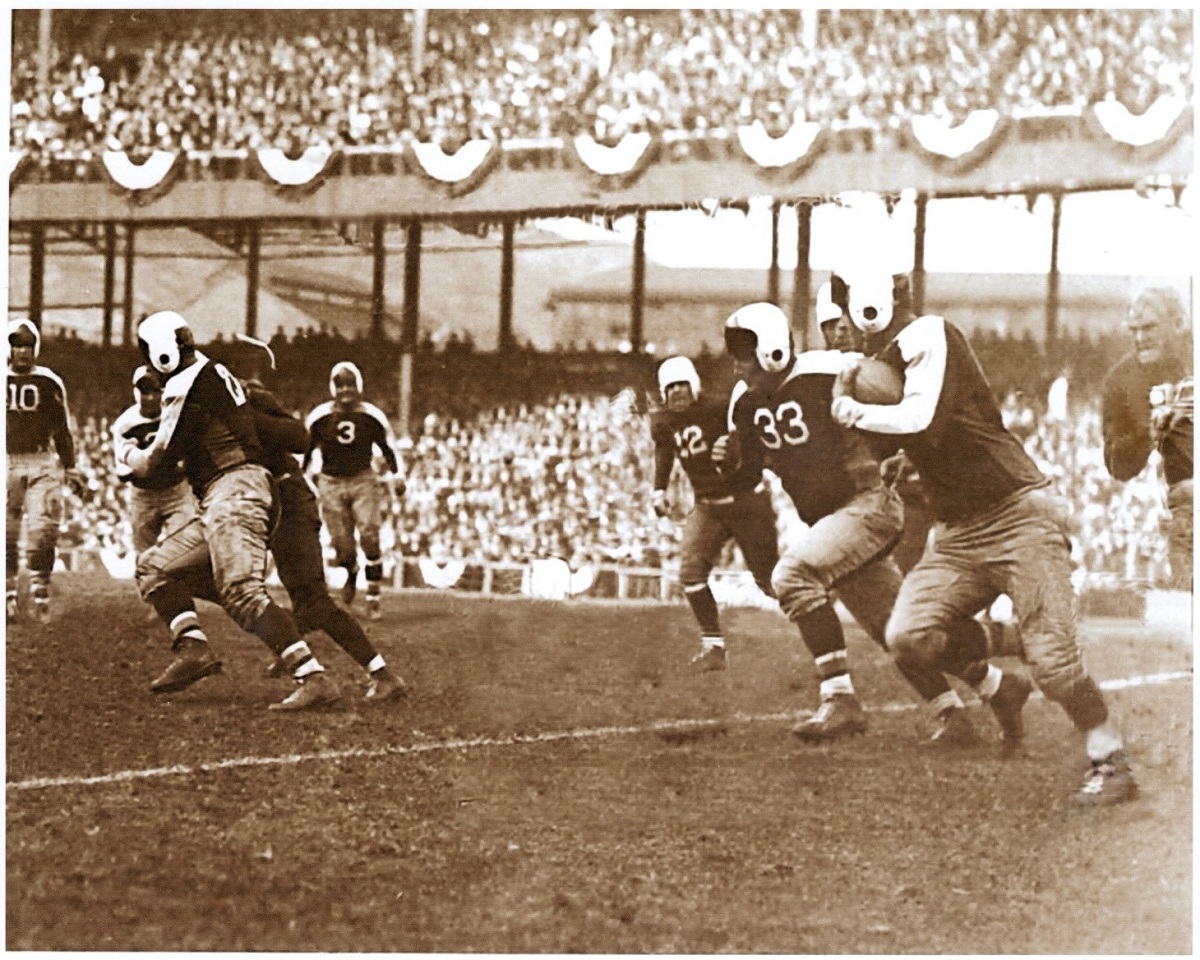 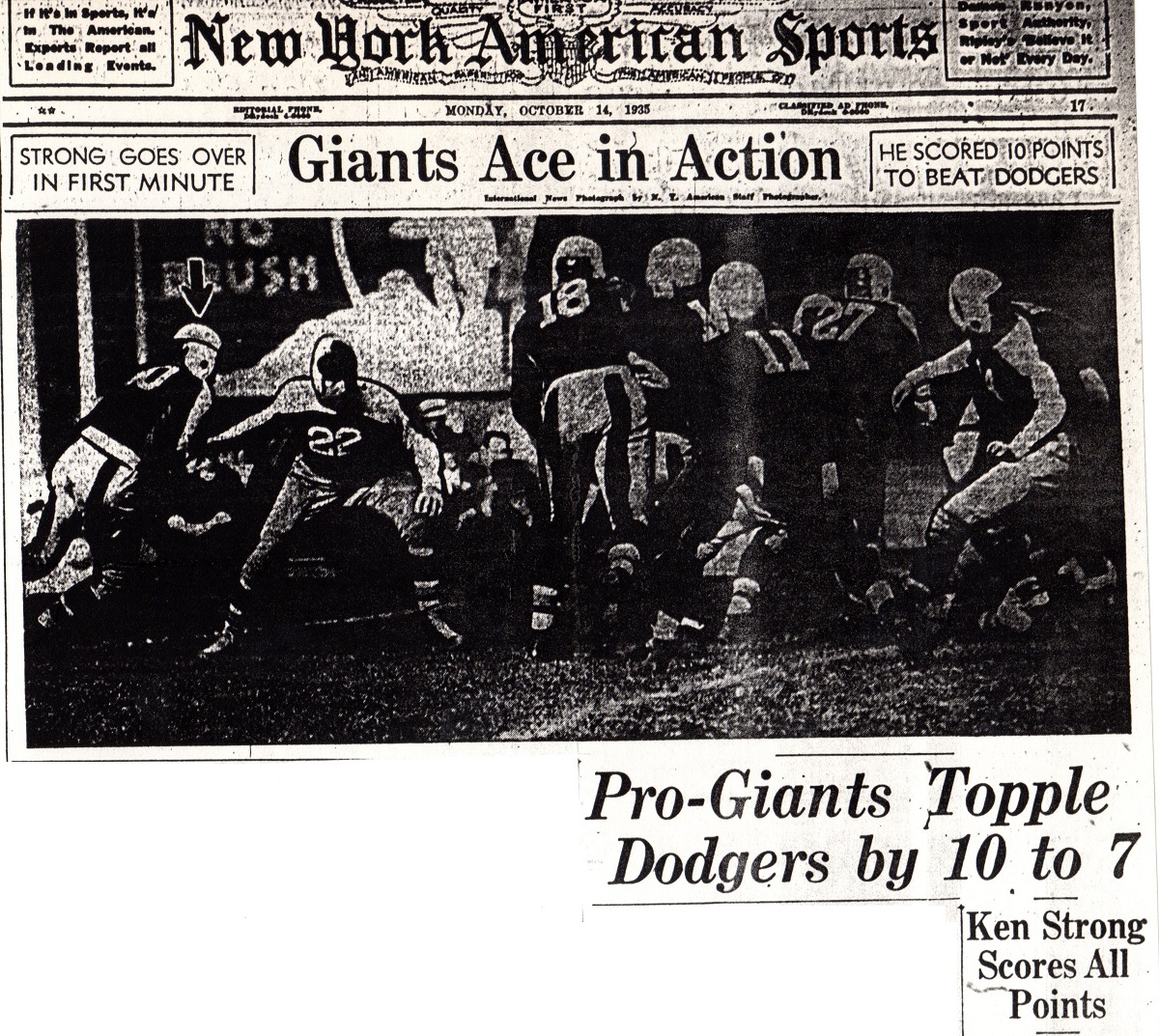 Harry Newman - and you thought players holding out for more money was a recent phenomenon! 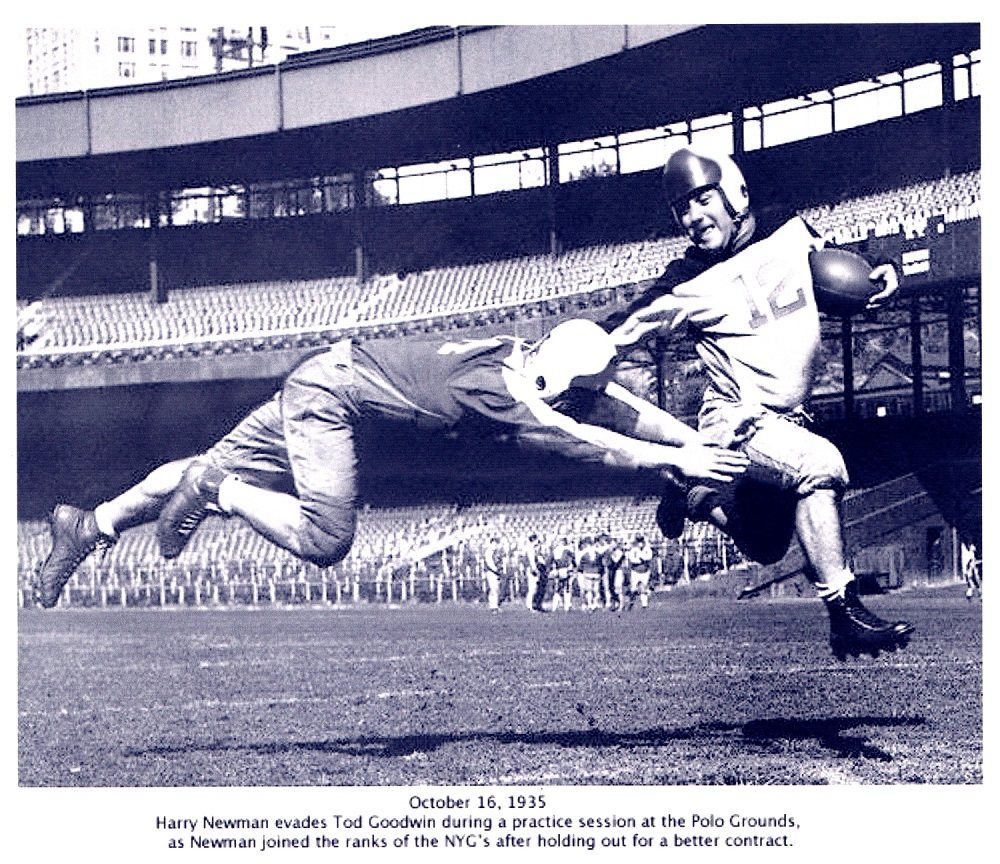 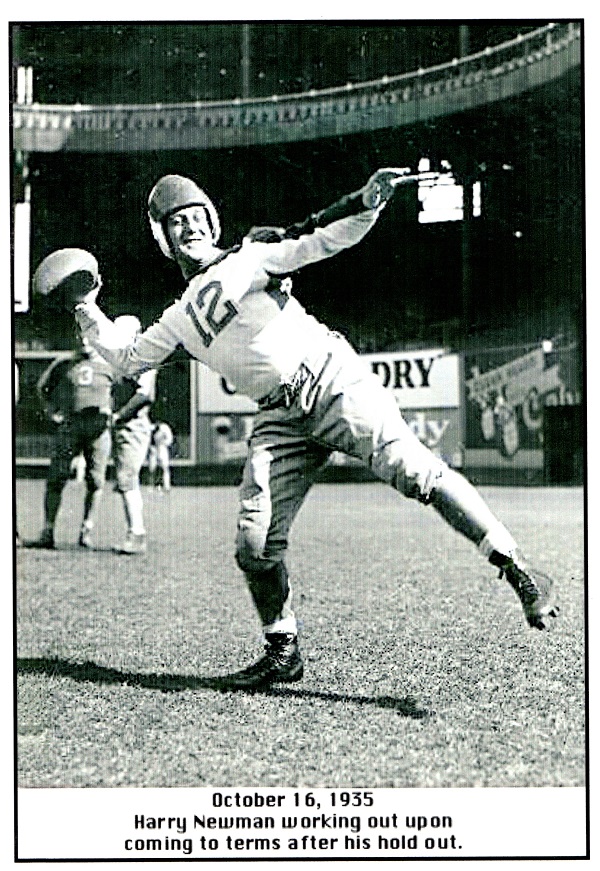 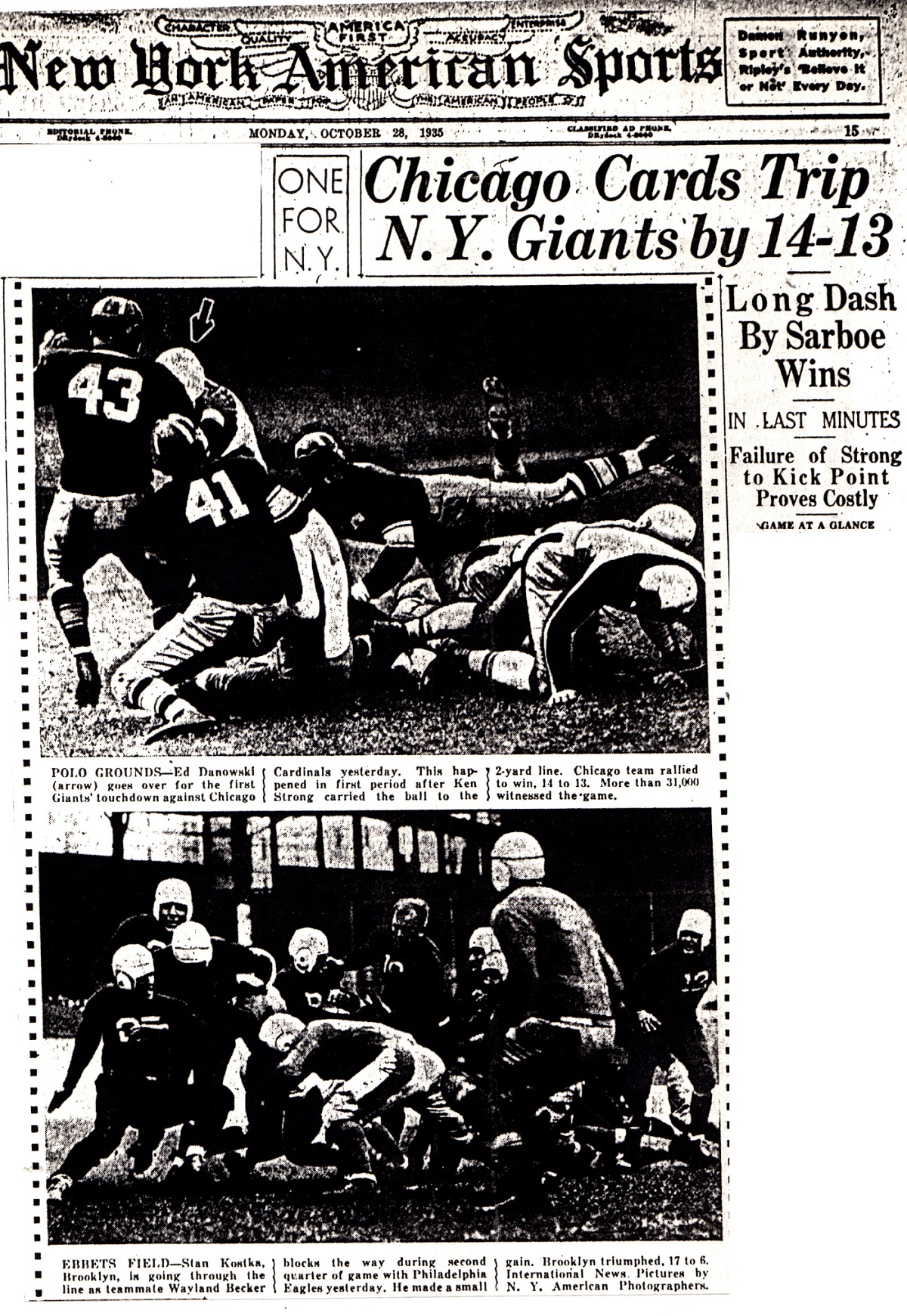 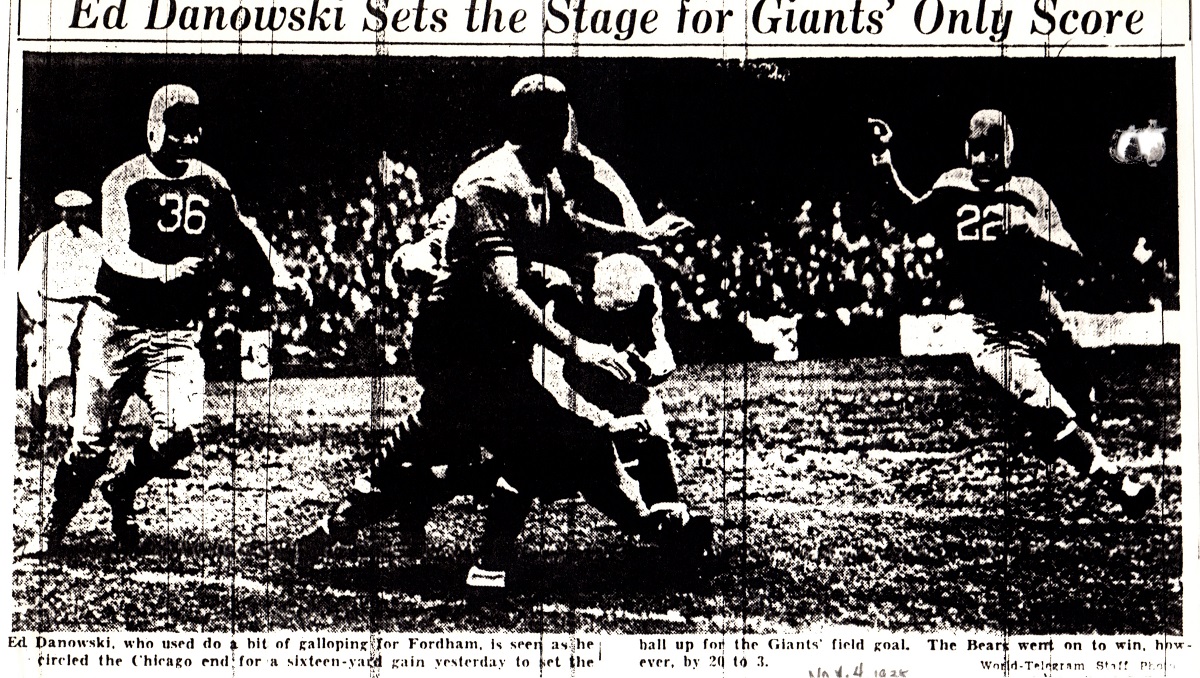 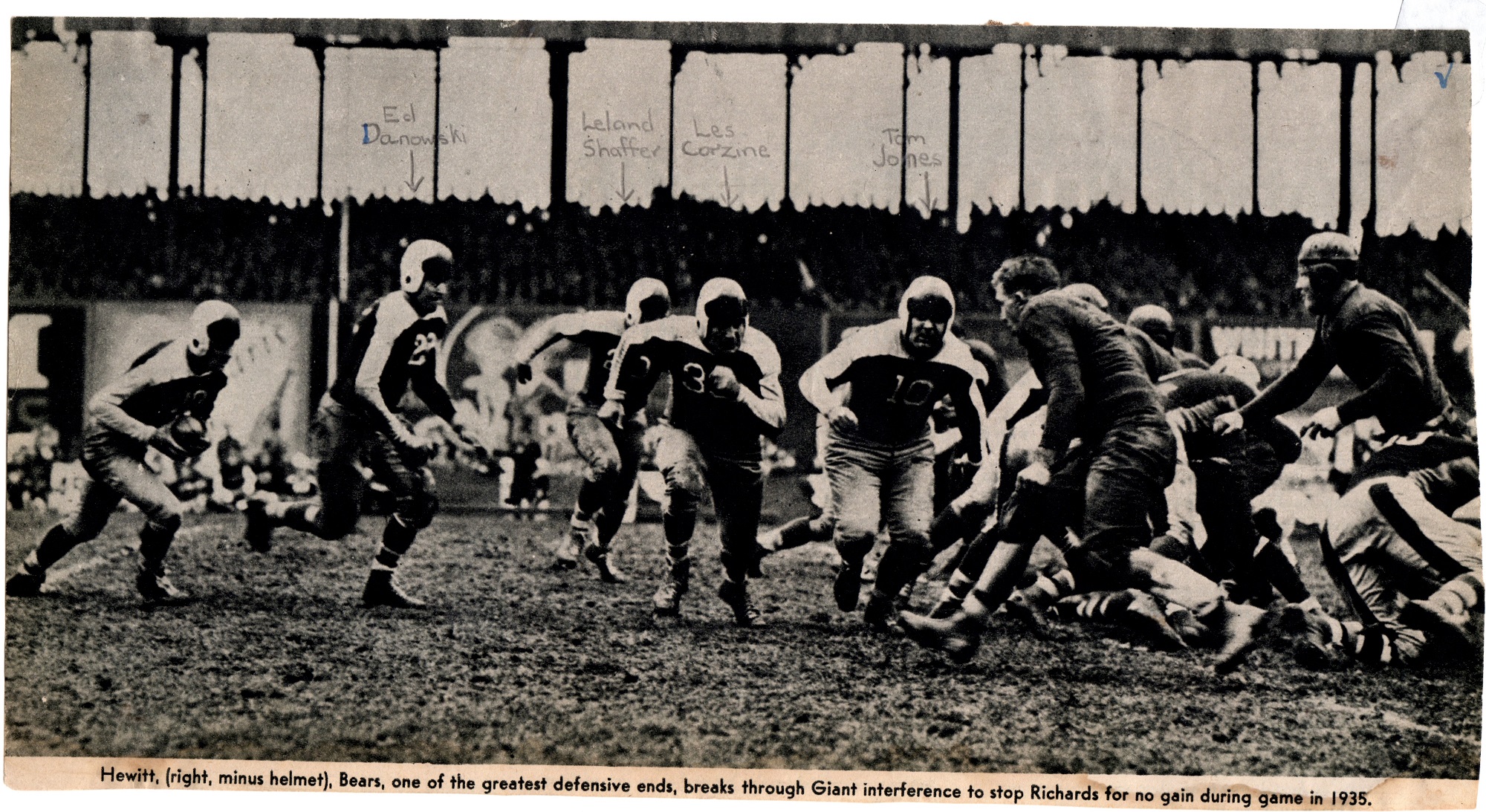 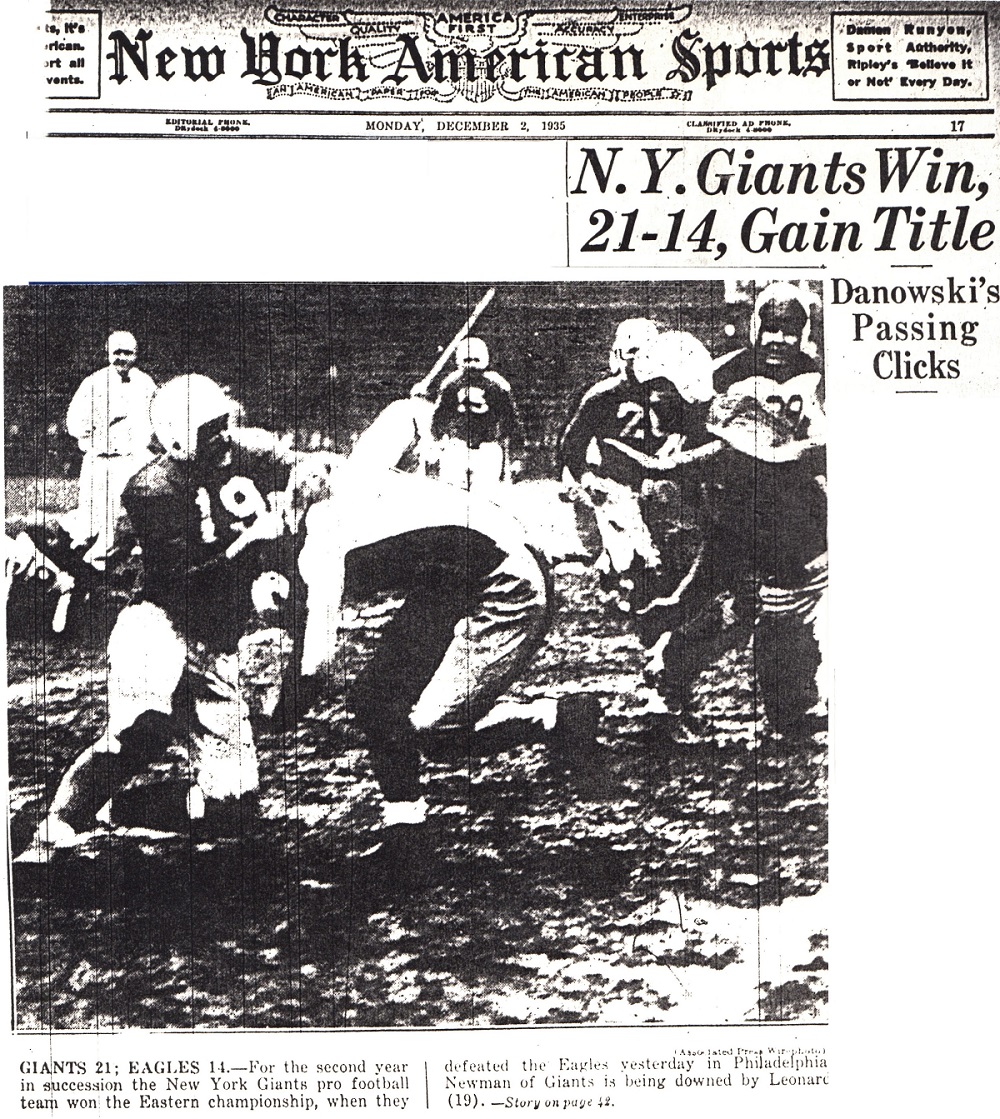 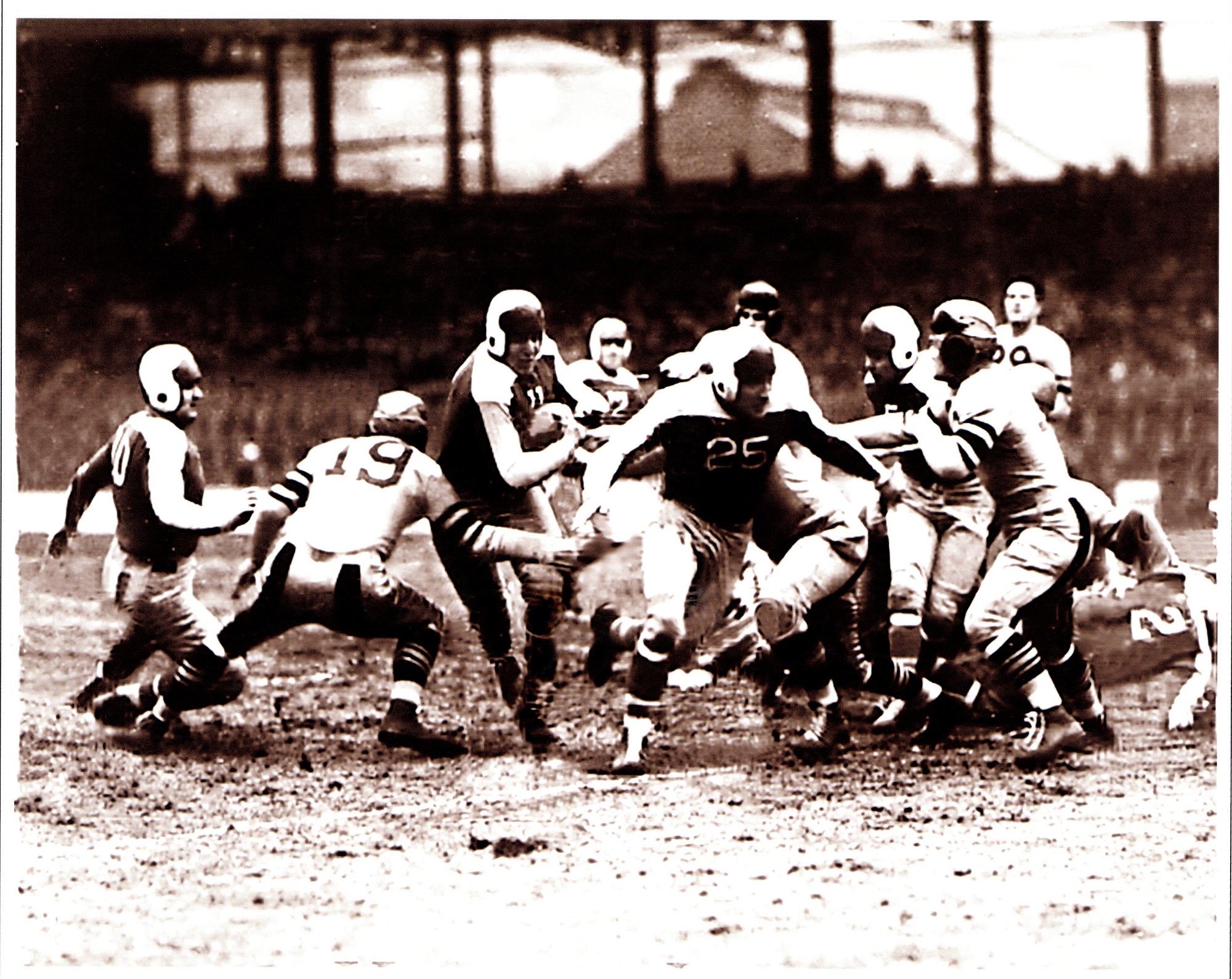 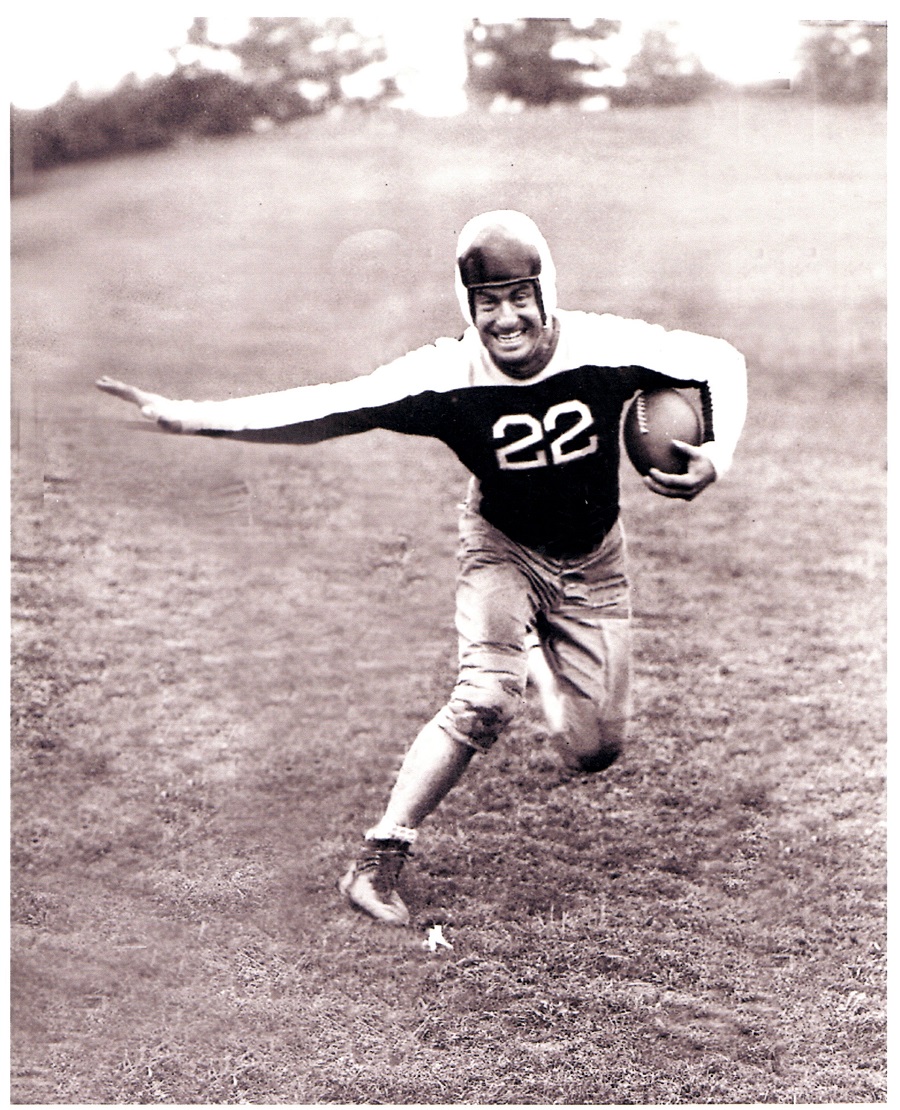 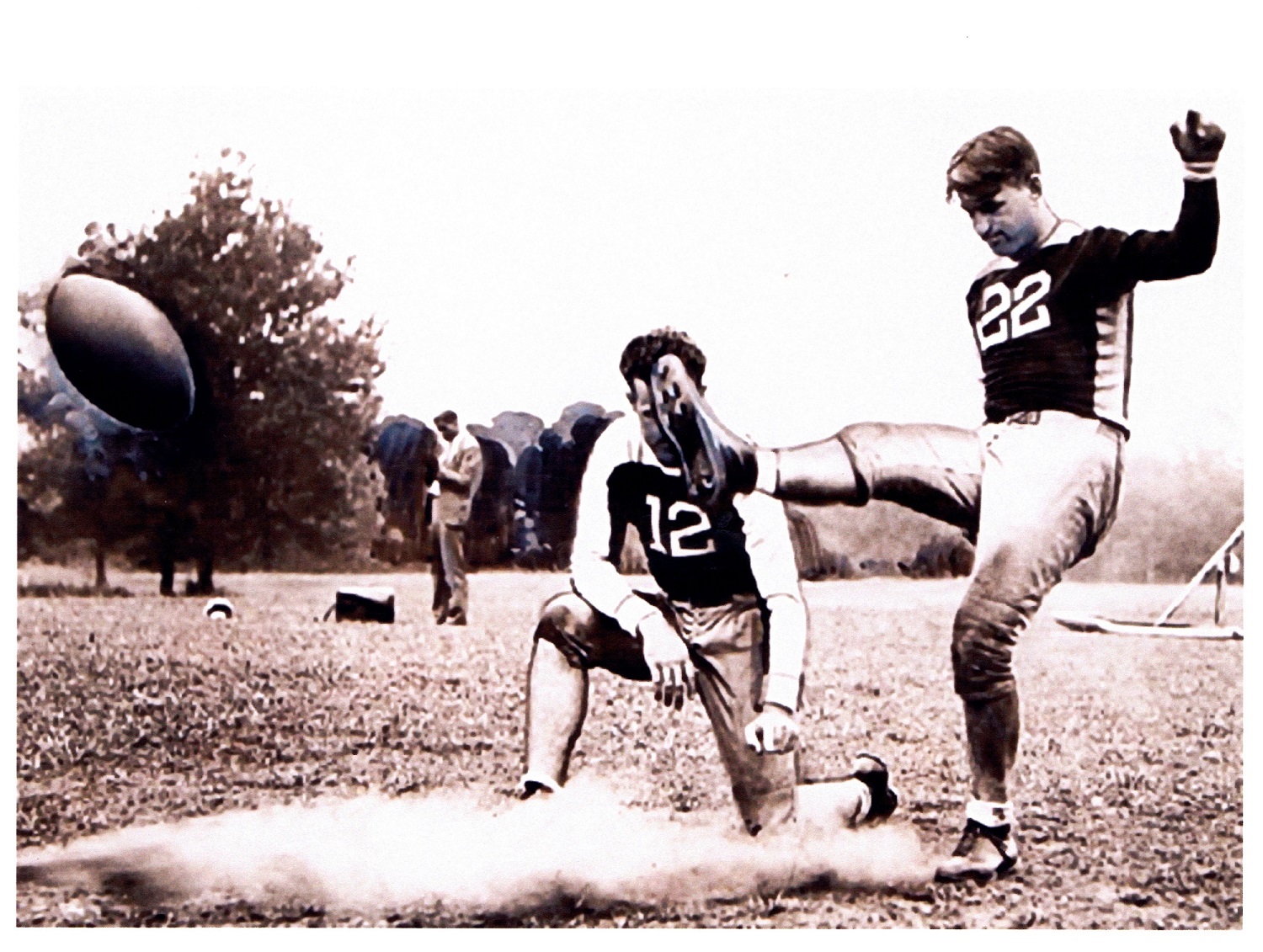 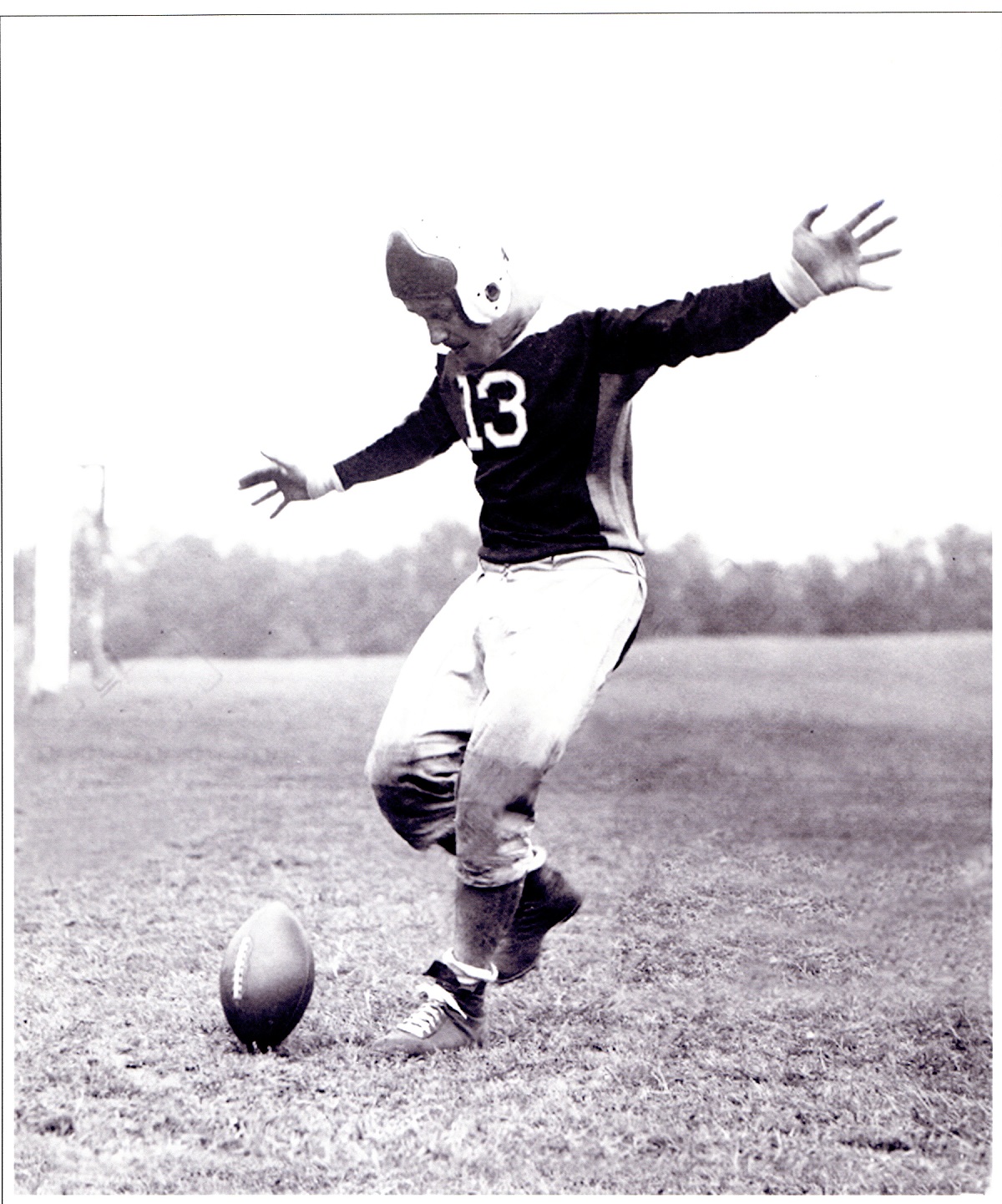 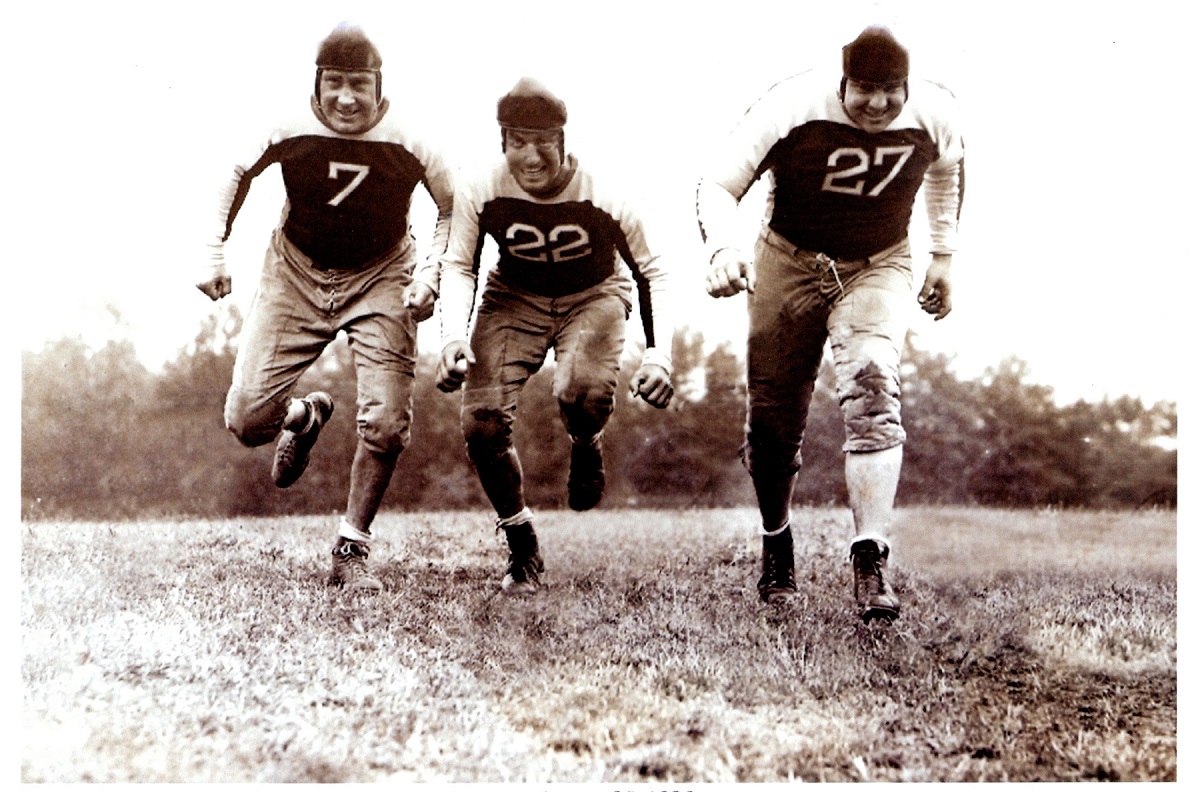 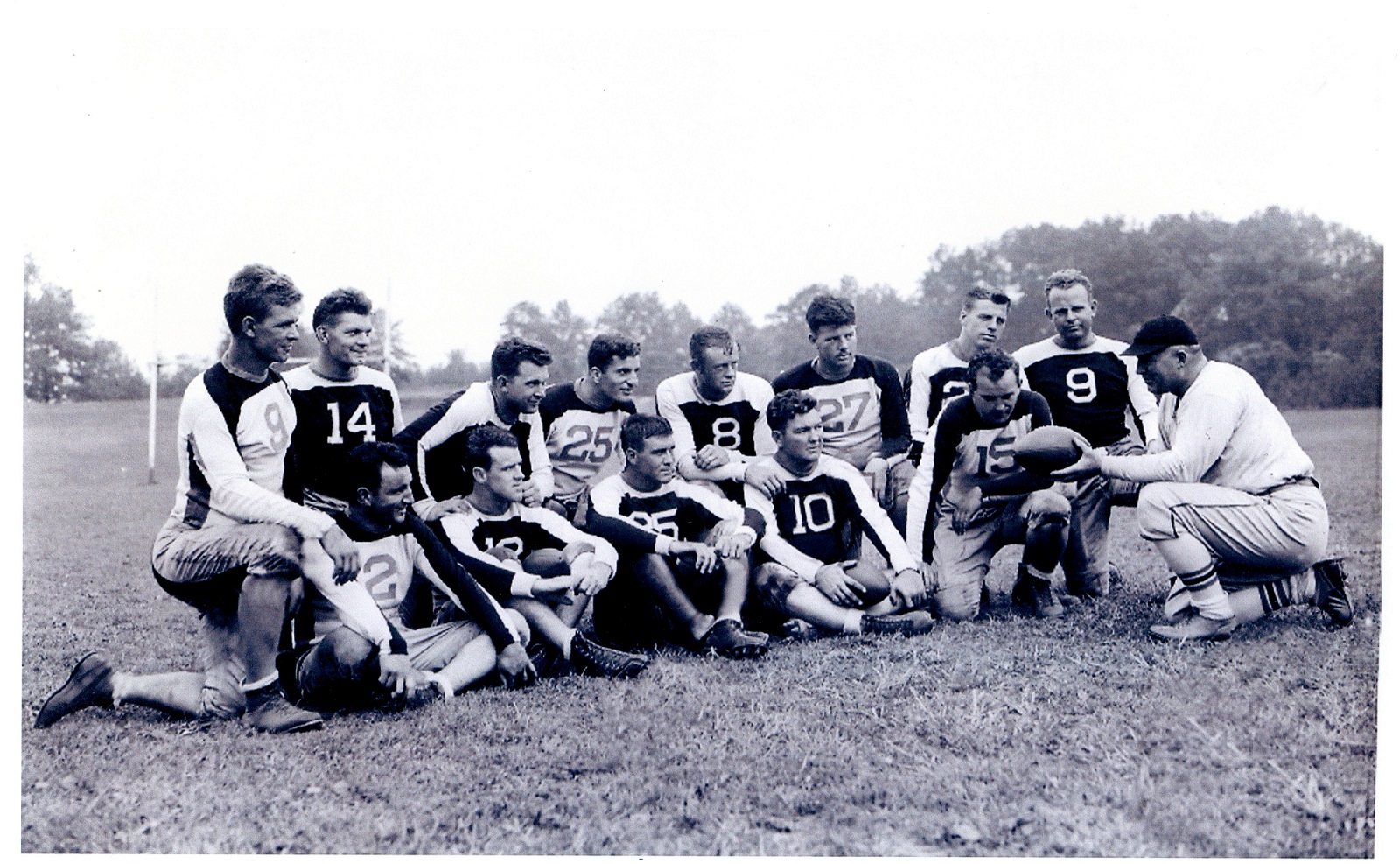 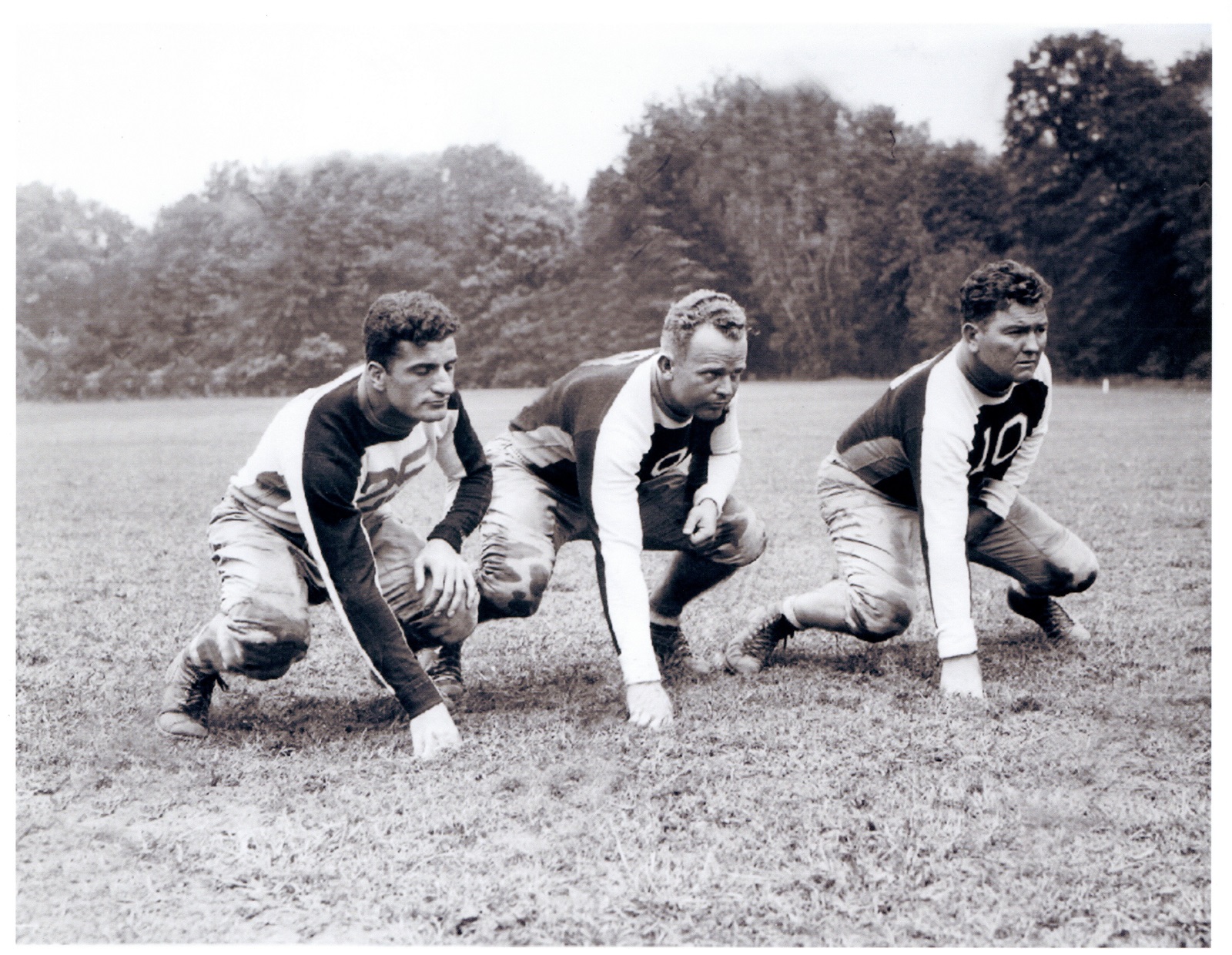 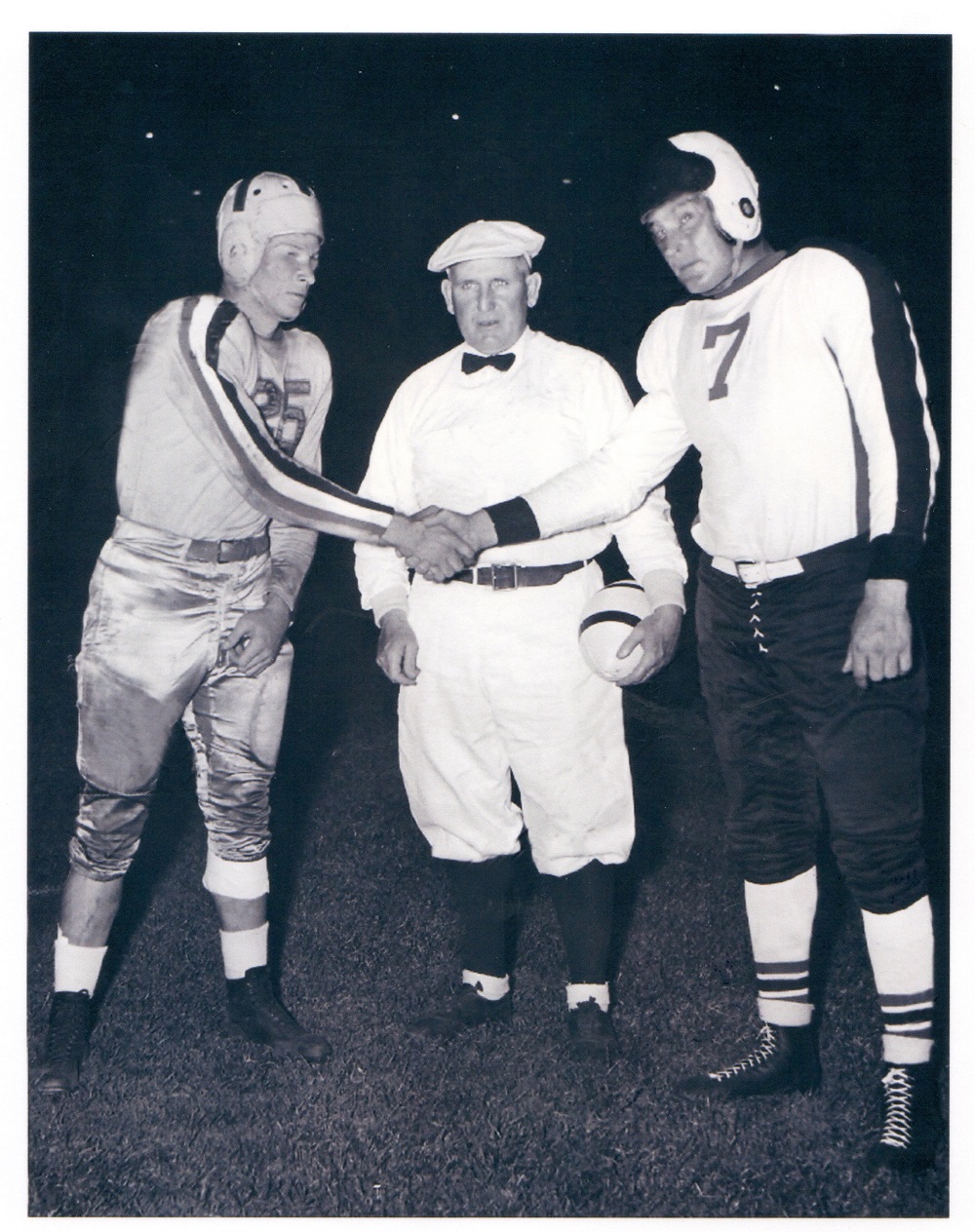 Erstwhile Giant Ken Strong in the rival uniform of the AFL's New York Yankees. Strong would spend a year playing for the Jersey City Giants 1937 as penance for jumping leagues, then returning to the NFL's Giants in 1938. 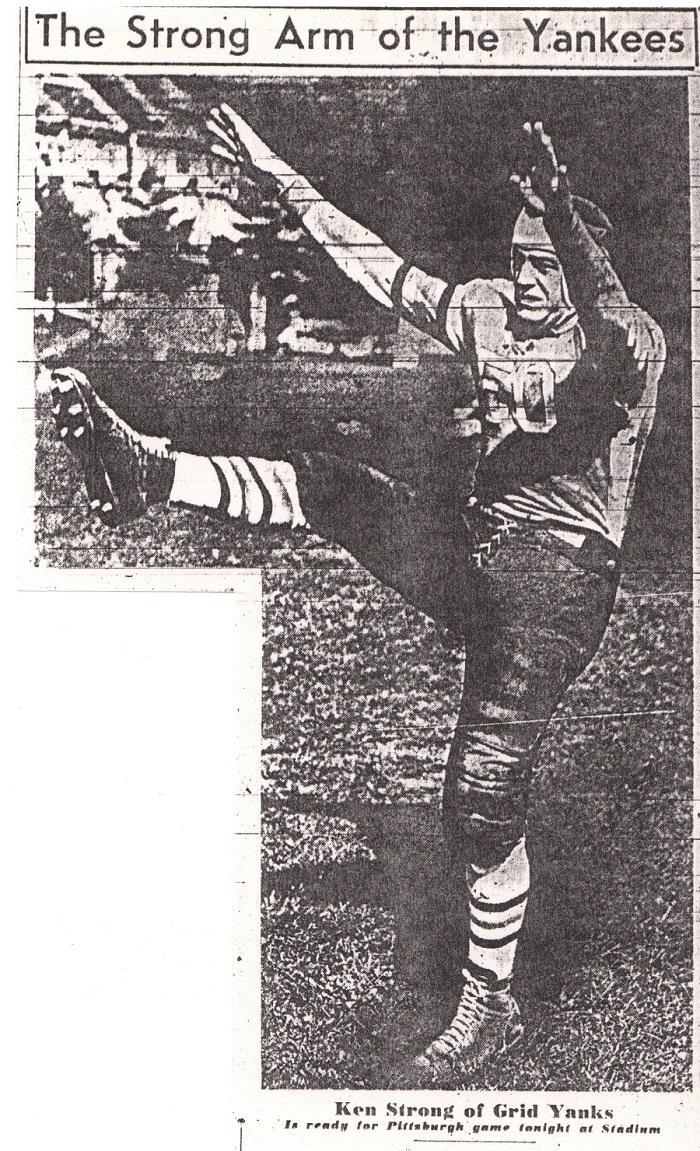 They moved their training camps around every two or three years. They were in Pompton Lakes in 1933 or 1934, moved up to Bear Mountain at some point, then were in Pearl River on the NY/NJ boarder a couple of years. I have a list of their camps somewhere that I can dig up.
Harry Newman
Ron Johnson : 9/23/2022 9:52 am : link
looks like he forgot how to throw during his holdout.
Although I was only there in the 1950s (and 1962)when it was a dump, I
Ivan15 : 9/23/2022 10:38 am : link
Think about what a great football stadium it must have been (and what a lousy baseball stadium).I saw only one football game there (Oilers-Titans) and some Baseball Giants and Mets games.


Very true. From the 1920s through WWII the Polo Grounds was considered a premiere venue for football. Prior to the Giants arrival in 1925 teams like the Canton Bulldogs (with Jim Thorpe) would play a game there to create some buzz. Army would play their biggest games of the year against Navy and Notre Dame there as well. Eventually it fell into disrepair and Yankee Stadium became the stadium of choice, despite not being ideally suited for football.
I like that blue-with-white-arms two-tone jersey.
81_Great_Dane : 9/23/2022 3:58 pm : link
Would love to see that as the one-game-a-year throwback uni. Yes, I know it will never happen.


Contrary to popular beleif, those jerseys were red (so were the helmets).