Sean : 9/23/2022 9:48 am
Over the last few years I’ve referenced his points about the Giants. He has been right regarding their results recently more so than not so I found relevance in his NYG comments. But, I can’t get beyond his obvious bias. I don’t have issue with not believing in this 2-0 NYG team, there are still massive holes on the roster. However, when you fail to mention how Carolina is 2-14 in their last 16 games because your son works there makes you lose credibility. He’s clearly selective in the franchises he mocks. For that reason, I cannot take what he says seriously. He’s called out the Giant record every chance he gets, but still talks up the Panthers like they are filled with talent and well run. He’s also the same guy who hammered Mayfield and is now conveniently silent on him. I get you have kids who work in the NFL, but can’t have it both ways when you take pleasure in mocking certain franchises.

Lastly, I have a serious issue with people who continued to harp on (Lombardi was one) the fact that Mara would never hire a GM from the outside. Lombardi mentioned how Abrams would be elevated and there would be no change of substance. Well, when the Giants did hire Schoen & Brown to the front office, he said nothing. I know the Giants have been awful, but I do think he’s got an axe to grind with them. He loved Martindale on Baltimore, but hasn’t even gotten a compliment from Lombardi since being NYG DC. Something is up.

All this to say, the rest of BBI was right on this guy.
He went on a rant
JoeyBigBlue : 9/23/2022 9:53 am : link
On yesterday’s podcast about the Panthers being better than the Giants. He even stated that if the Giants and Panthers played 5 times, the Panthers would win 7. Just some ridiculous shit when we’ve beaten the last 2 seasons. He obviously is biased because his son works there and he has a hard on for Matt Rhule, who might be the first coach fired this season.
you summed it up pretty well
Enzo : 9/23/2022 9:57 am : link
He's been right about a lot AND he has a weird bias. On top of that, he's unlikeable and his pop culture references are beyond corny.
I never get worked up about idiots in the media because there are so
Ira : 9/23/2022 9:57 am : link
many of them. It's old news.
That is commendable
ChrisRick : 9/23/2022 9:58 am : link
Sean. I am wrong quite often. You were waiting for more evidence to present itself about Lombardi and there is not anything wrong with that.
I did not mean
ChrisRick : 9/23/2022 9:59 am : link
that to come out as calling you out as being wrong. Sometimes I really suck at communicating. Believe it or not, my first post was meant as a compliment.
I always thought he was obnoxious
BSIMatt : 9/23/2022 10:00 am : link
Thinking I made that determination after listening to the guy talk about Eli, a guy who was not worthy to shine Eli’s shoes.

I thought his axe to grind had to do with Gettleman, maybe he has a problem with the Maras. There’s definitely something there though, he has a definite anti Giants slant.
all you need to know about him is how often he throws around G and M
Eric on Li : 9/23/2022 10:06 am : link
meanwhile he was a GM for a total of 11 months and during his 1 draft he didn't add a single player that stayed in cleveland (or the NFL) on a meaningful second contract. Barkevious Mingo at 6th overall was as big of a bust as there has been in the NFL the last decade or so.

and yet he's branded everything he does "from the eye of the GM" or "the GM shuffle".

the guy is an NFL LARP'er who must have known how to get the coffee just right for belichek and walsh so now he apparently gets a lifetime microphone.
Being right once in a while
djm : 9/23/2022 10:06 am : link
Doesn’t mean he or she knows wtf they are talking about or that they are capable of offering up real substance. Lombardi is one of many that offers little.
RE: you summed it up pretty well
Greg from LI : 9/23/2022 10:08 am : link
In comment 15828313 Enzo said:

Eric, you always bring it!
He's a fuckin idiot.
robbieballs2003 : 9/23/2022 10:13 am : link
He criticized the Giants for years for not bringing in someone on the Pats because they do things the right way. Then we hire Judge and he criticizes us because it wasn't who he thought we would bring in.
He said that Doug Pederson was the least qualified
Metnut : 9/23/2022 10:15 am : link
coach in the NFL and then he won a super bowl in Philly later in the year.


at that time he also said matt rhule culture builder extraordinaire wouldn't even take a meeting with giants as he was having 2 conversations directly with mara and giving them a chance to match tepper's offer.

and now mr culture is 0-2 against the giants and the definition of dead man walking, hoping a nyg retread ben mcadoo can somehow save the sinking ship.
RE: He said that Doug Pederson was the least qualified
Eric on Li : 9/23/2022 10:18 am : link
In comment 15828338 Metnut said:


As much as any other industry, the NFL circle is super reliant on "I know a guy". Recommendations. Lombardi is a hack but he makes friends and relationships well.
On a side note does Rhule remind anyone else of
Dinger : 9/23/2022 11:49 am : link
John the mugger(Lenny Venito) from Flight of the Conchords 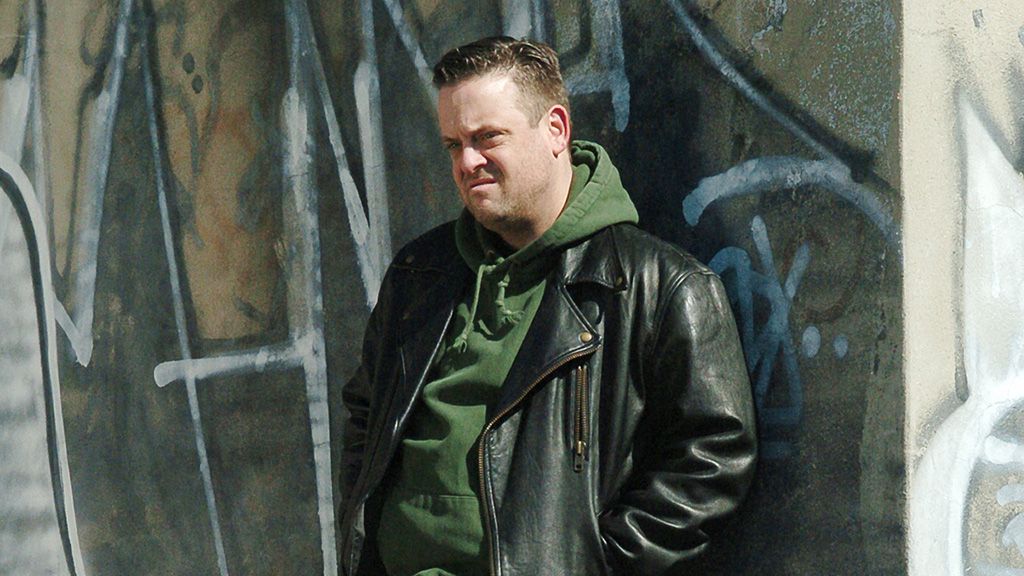 
And that really sours it for me.

The only person who loves more Mike Lombardi is Mike Lombardi.
…
christian : 9/23/2022 1:35 pm : link
Lombardi’s good track record predicting bad outcomes for the Giants was a simple coincidence based on 1) he hates the Giants 2) they were a brutally mismanaged team.

Now that no. 2 isn’t true, we’ll see that overlap diverge.

It says something when the critical posters on this site still come out and say Lombardi is bias against the Giants.
.
arcarsenal : 9/23/2022 1:44 pm : link
Lombardi is basically a naysayer's wet dream. If you're majorly negative on the Giants, he's your guy.

Now, the Giants clearly deserved plenty of the criticism, but I never felt like Lombardi was bringing anything to the table that set him apart from most of the other analysts and pundits out there. He's very clearly a guy who really buys into his own opinions and thinks very highly of them and his bias has always been evident.

Sure, there's a "truth hurts" element here... but picking apart a crappy football team is easy. Show me the little things happening and how the team is working to get out of it and how it can change. Those things are starting to happen here now and it'd be a much more worthwhile read than basically... "the Giants suck."
RE: RE: He's often biased and with an axe to grind
JonC : 9/23/2022 1:50 pm : link
In comment 15828584 McNally's_Nuts said:


He definitely stoked my confirmation bias. But the team is 2-0, really outplayed Carolina, and is clearly better managed and coached.

The Giants don’t suck. They definitely did. But that’s over now.
I thought he got all butt-hurt
David B. : 9/24/2022 1:08 am : link
because he wasn't considered or interviewed (or whatever perceived snub it was) for the Giants GM job back when Reese was fired. That he was a terrible GM, unqualified, and an asshole, notwithstanding.

I thought that's were a lot of it stemmed from. Am I remembering it wrong?

He's just another in a very long list of douchebag, sports talking heads that I totally ignore.