Jeffrey : 9/23/2022 10:22 am
Less than two months to go before World Cup play and the USMNT could not have looked worse today. Sloppy passing, poor decisions, poor field vision, failure to mount any type of coordinated attack and basically a performance that suggests a quick exit from the WC. Admittedly they played without Pulisic, Musah, Weah and Robinson, but that would not excuse the performance of the players on the field, who presumably are fighting for squad positions. Only Turner in goal produced an effort worthy of praise.

The return of the injured players may help, but it's been some time since Pulisic was in good form and with a new coach, a controversial book coming out that will make him a target of his club's fans and a bunch of quality players to compete with, he may not get enough playing time over the next two months to be a major positive for the USMNT. 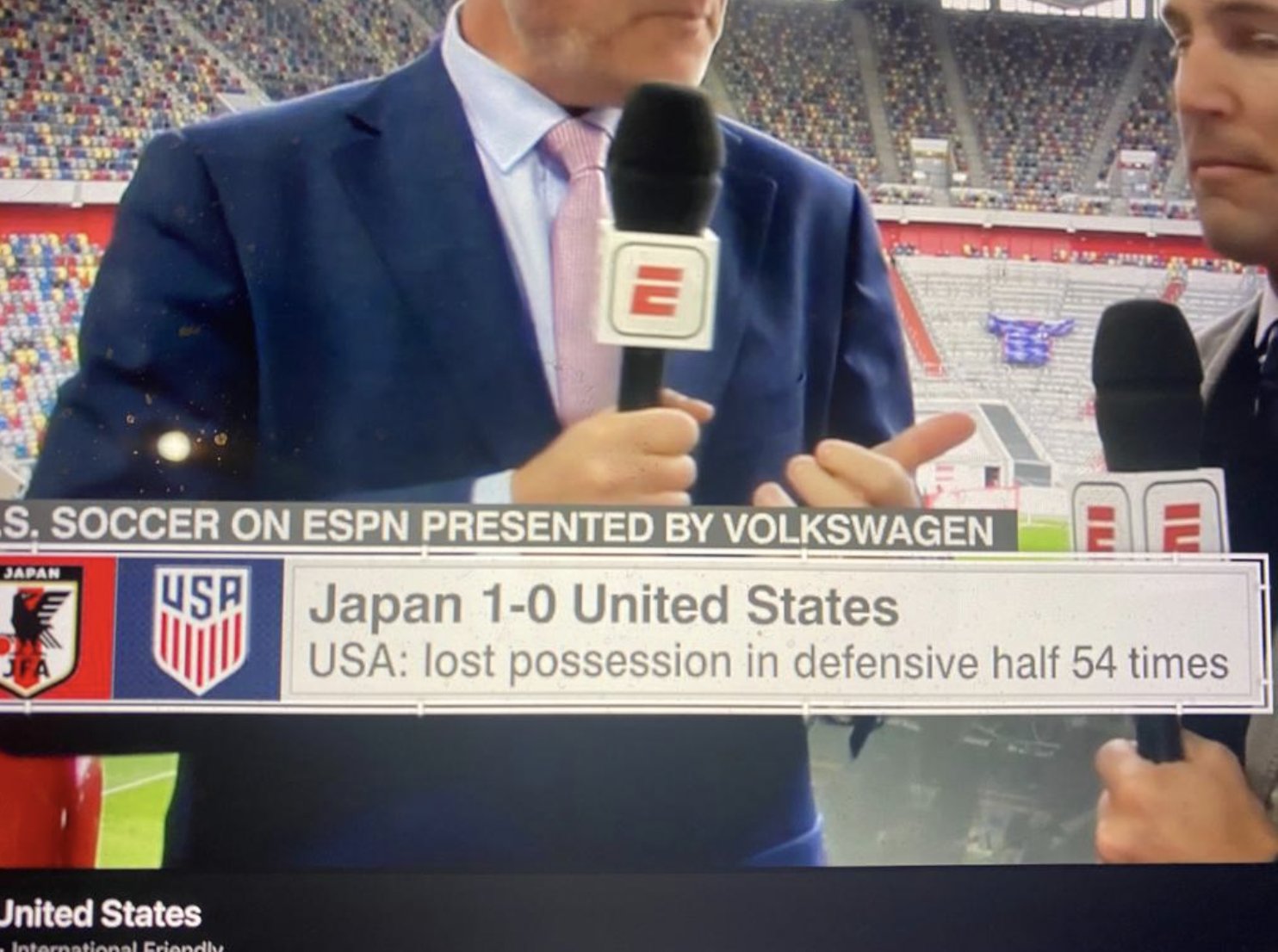 HUGE HUGE USMNT FAN
TeamSchlitz1 : 9/23/2022 12:12 pm : link
However, I believe they have absolutely ZERO chance of making it out of the group at the world cup.

We are always outmatched when it comes to talent, this year the gap is closed a little bit, but that will not matter at all.


1. Our top two goalies are both back-ups that get maybe 1 game a month.
2. Our coach is AWFUL AWFUL AWFUL and is completely embarrassed tactically every time they play a superior opponent. (and 80% of the time when playing anyone outside of CONCACAF.
3. There is zero cohesion within our lineups due to injuries and our idiot coach rotating the players so much.

A lot of these younger players are very cocky without reason, and I hope this world cup humbles them.

I am hoping this will create a perfect storm of motivated players and a competent head coach in 2026, but I am not counting on it.


Off today's performance it is hard to argue with you, but I still have some hope for better play if Weah can return as well as Musah, Pulisic and Robinson getting over their "minor" injuries. I also think that Reyna will improve with playing time.

My big concern is the regression of Pulisic, who is counted on to be a star and a leader. He is not playing much at Chelsea and his limited minutes have not been noteworthy as he rarely sees the ball. His upcoming book with criticisms of the former coach already has rankled Chelsea fans who have booed his entrance into the last game and seems horribly timed for someone who has not played well in months. I have always been a big Pulisic supporter but am questioning whether he can be the leader and driving force of this team of youngsters at this juncture.
agreed Jeffrey
TeamSchlitz1 : 9/23/2022 12:33 pm : link
all that skill goes to shit with so little playing time and so many injuries the last couple years.
here's a comment from a soccer website I frequent -
Del Shofner : 9/23/2022 1:56 pm : link
- excuse the guy's writing style but I think his criticism of how GB is trying to get the team to play has some merit to it.

personally i find it telling that with the snobs pimping this dutch 433 stuff and attacking any tactics with numbers back, defensive organization, counter soccer, or anything like that, the comparisons of the day keep being to 80s or 90s levels of success (eg, “wow we qualified,” losing to canada, losing to asian teams) and not the past 20 years (setting aside the 2015-2018 talent lull period). the argument misses that US players have steadily improved in talent and ground ball quality all this time, so we don’t need to be forced to become something else to gain that, but this style stifles what we have rather than leverages it. we have speed, we have raw ability, and we will defend. i am instead watching a team with zimmermann, long, and mckennie foolishly mimic tiki taka and try to trick and flick their way right up the middle of a defend and counter opponent just waiting on our overstretch and giveaways. silliness.

i think we have lost that tactics are not usually aspirational, they are what wins you games now. what would win this games now is re-emphasize defense, speed, and wide creativity through the wings — and not the wingbacks, which is naive to do all day — or did no one notice dest’s man scores the first goal and he’s barely even in the camera shot.
RE: here's a comment from a soccer website I frequent -
Jeffrey : 9/23/2022 2:20 pm : link
In comment 15828598 Del Shofner said:


Unfortunately at this point in time we are stuck with the coach and his tactics as it is much too late to think that one more friendly is going to make a difference.

Never wanted Berhalter and agree that his preferred style of play does not maximize the talent on the team. Still with the exception of the striker and perhaps 1-2 defenders this team has talent and notwithstanding Berhalter's tactics, the performance like today when the players seemed either disinterested or distracted are on the players as much as the coach. It is a shame to see the quality of play this late into a World Cup cycle and hoping it was simply an aberration.
The first 45 minutes could be described as…
shockeyisthebest8056 : 9/23/2022 2:37 pm : link
”How Many Submoronic Turnovers Can 11 Men Make?”


They weren't remotely ready for the intensity of the match. It was an exhibition, but this ain't Gold Cup anymore. That’s what happens when there’s no experience on a team.
I think it’s pretty
Tim in Capital City : 9/23/2022 3:00 pm : link
Telling that Japan committed 16 fouls while the US committed just 3. Forget tactics for a second (which sucked), the US was really lacking in intensity. Watch how many times Weston M gives the ball over in the middle and jogs back on defense/watches Japan break the other way.


and Sweden. Especially England and Sweden
women's soccer is becoming huge in Europe -
Del Shofner : 9/23/2022 7:48 pm : link
that said, the US women are still relatively better than the men on a world level. Today's performance by the men was very disappointing. They won't get out of the group in Qatar unless some changes are made.