VinegarPeppers : 9/27/2022 3:04 pm
Doesn't that leave us with the worst wide receiver room in 35 years? Last season we had the worst OL in my lifetime, Neal will come along and another draft will fix some OL issues, but I don't remember the last time the Giants had such a horrific WR room. There's nothing there at all.

Perhaps you missed all of the catastrophic, career-altering injuries suffered by multiple WRs well before Beckham was even a thought.


And yet the Giants have more cap space tied up in WR than any other team. That's the height of incompetence.

... Ruben Randle would be the best WR on this team right now. By miles.
other that Richie James
mattlawson : 9/27/2022 3:47 pm : link
and the idea of Toney, we got nothin. Dallas D was all over them last night. Played tight, no separation. Coaching staff is going to have to scheme them open and rely on TEs like they started to last night. Dallas even started using the same concepts against us!
The Room
SJ4good80 : 9/27/2022 3:50 pm : link 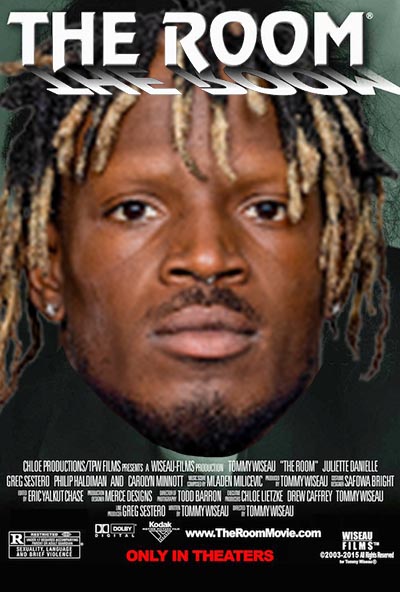 RE: RE: Curse of Odell
VinegarPeppers : 9/27/2022 4:17 pm : link
It started with Steve Smith, destroyed by an injury. Then Nicks and Manningham and Cruz and OBJ and Shep....I mean we need to draft an exorcist.

Partial vindication of the much -maligned Red Garrett . Wasn’t so easy after all, was it ?
I guess we should play to our offensive strength
kelly : 9/27/2022 7:04 pm : link
A running back with no line and a quarterback with no receivers hmmmmm

Then they went out and got Golladay (who sucked) and Toney (who never plays). Slayton and Engram again.

This year, it's just more of the same. His top targets are Richie James, Sills and the rookie Bellinger. The only difference is a healthy Barkley.

losing Shep was a big body blow to the Giants. You could see it on Daniel Jones face on the field after Shep went down -- he looked absolutely crest fallen; as if the wind had been taken out of his sails.
I know Kafka wants to bring the spread
nygiants16 : 9/28/2022 9:12 am : link
and a lot of motion to this offense, but i think using Jones legs and using Barkley and Breida more needs to be the focus..

It would be nice to get Toney and Robinson back to at least give Jones some quick hitters in the slot..


Throw Burress in there, albeit self-imposed, but another injury non-the-less!
Shepard injury doesn't help but is he really that big of a loss?
chick310 : 9/28/2022 9:34 am : link
The bigger hits are getting absolutely nothing out of Golladay, Toney and Robinson so far this season based on their respective cap hit or draft status.

Passing game plan needs to be rewritten if hasn't already. Maybe try to force more balls to Saquon and free up some space for the backup WRs/TEs to get open?

Not a good situation unless those 3 named above start contributing something.


I understand he targeted him the most but the efficiency of those targets outside of the one big play vs. Tenn was downright awful. Something like 23 targets for a total of 90 yards.

Don't get me wrong, it isn't helpful but the true loss is not getting the others onto the field and contributing more.