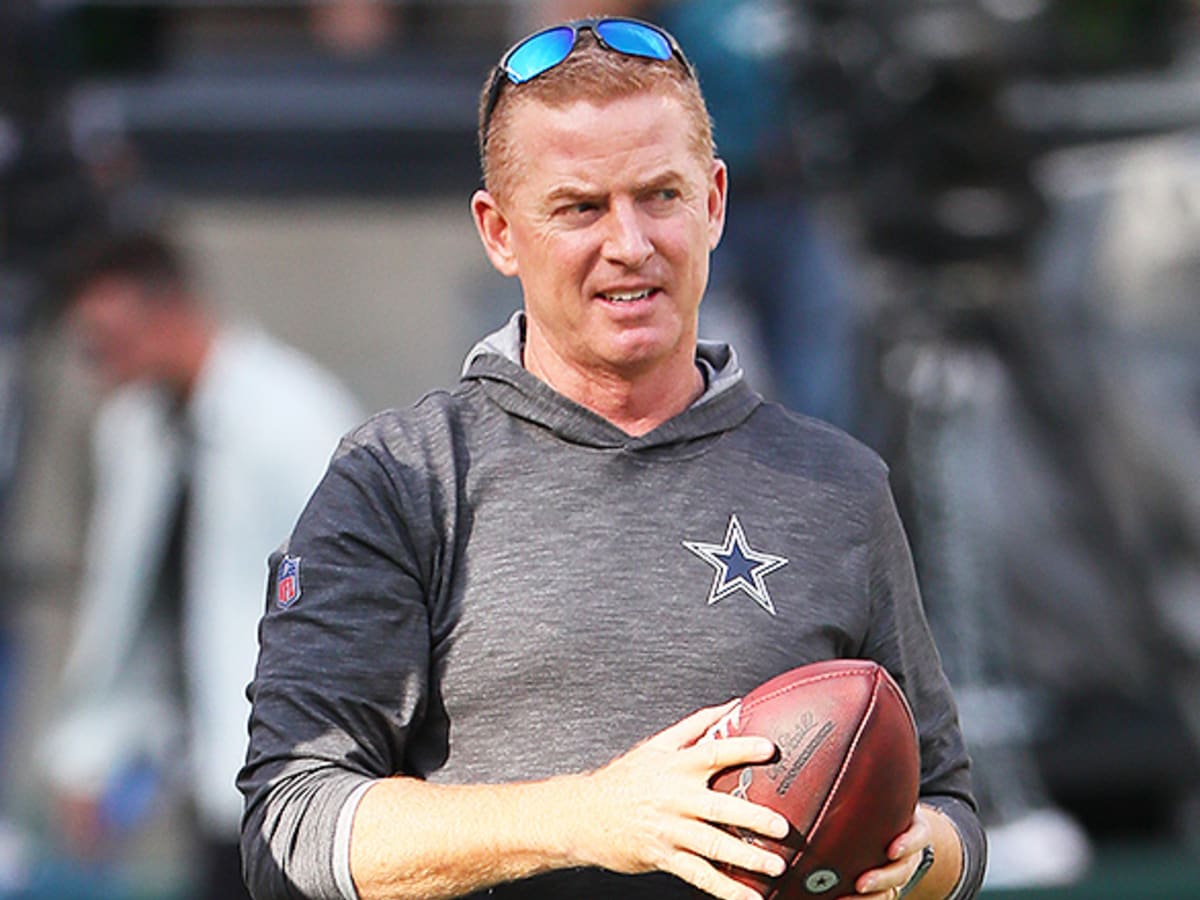 Since then, he's been excellent at not turning the ball over but his production has gone down the toilet. Daboll and his staff has instead concentrated on max protection, used crossing pass plays to make throws easier for him and RPOs to take advantage of his running abilities.

(Jones is the "anti ELI). Eli couldn't run, but he would kill you if you dared blitz him. Eli wasn't accurate, but very few read and reacted better than him.


The Athletic Football podcast had some good info on this too. Extremely high play action rate. And we're good on play action and really bad on standard drop backs. They had more #s too but I can't remember them all.


You can win some that way though. Jake Plummer made his career on being QB behind the Shanahan zone runs, play action, and bootleg. Some would call that gimmicky too. I don't fault Daboll for doing it. He's gotta play 17 games with what he has. The dirty word there is "system QB" but I don't want to ruin the thread and I don't care to have that argument. One man's "system QB" complaint is another man's "playing to one's strengths" complement.
Orlovsky isn’t a hack
UConn4523 : 10/11/2022 5:13 pm : link
guy knows a fuck ton and has been incredibly fair in his analysis. One of the better listens on ESPN.
RE: Those
Ten Ton Hammer : 10/11/2022 5:15 pm : link
In comment 15858201 Ron Johnson said:


Well yeah, but he had a 12 year career in the NFL. Six different teams acknowledged that he could with contracts. You don't have to be star to understand NFL offense or what it looks like. Kirk Herbstreit gets paid dozens of millions of dollars to be a respected QB analyst and he was awful and never made it to the pro level.
Yeah its insanely good coaching
Jerry in_DC : 10/11/2022 5:15 pm : link
And it's an awesome sign for us because these guys clearly designed a very customized offense for our personnel. What they are doing is incredibly impressive.
RE: Orlovsky isn’t a hack
adamg : 10/11/2022 5:18 pm : link
In comment 15858203 UConn4523 said:


When you have the league's best rusher you run a lot of play action. What's gimmicky about that? And if they keep extra blockers in the pass protect, it's because they haven't been able to handle it with just the oline yet.

Barkley is the ONLY legit weapon on the feild. Making the defense consider him on most plays is just common sense good coaching.

The offensive line is a work in progress. Play action gives them a split second advantage in their assignments.

We throw a ton out of 2 and 3 TE sets. That is a "run formation" why not lean into that. Scheming up easy throws to TE with the chip and release out of play action is smart. It's free yard age

Our best WR are not on the feild and they make be lacking in some areas. holding the LB's for a split second can create some room the Wrs cannot create for themselves.

It is making use of what we have and coaching to the strength of the entire unit, as well as the QB.

Orlovsky has a vested interest in supporting/ protecting his opinion of the QB that he has held since draft night onward
RE: As with most things
Ten Ton Hammer : 10/11/2022 5:36 pm : link
In comment 15858221 dancing blue bear said:


I think that's overstated in general. Why? Does he not get paid if he's wrong? Of course not. He will not be dragged out into the town square for it. No one is. The consequence for being 'wrong' is people make fun of him on twitter, that's all.
This is what good coaches do.
larryflower37 : 10/11/2022 5:39 pm : link
Offensively and defensively play to your strengths and protect your weaknesses.
The line is weak in pass blocking right now so go max protection and roll the QB.
3 reads so he can go quick on his reads and get the ball out quickly limit the time to throw.
Coaches in the past have had a set system and just ran it trying to impose you will on the other team which is great if your team in Uber talented but this team is not that.
Wink is guilty of that at times and gets him burnt but it has not just yet in this season.
RE: Those
UConn4523 : 10/11/2022 5:42 pm : link
In comment 15858201 Ron Johnson said:


This is what I got as well. It was a compliment veiled over DJ still sucks and it's the coach and system that is making him look better. May be because he wasn't a successful QB in the NFL himself he feels that he knows what suck is for a QB.


You may be right about that. It's just my opinon.

I will say there are def people in the world who are loathe to admit they were wrong.

and those "talking heads", in a sense it doesn't matter if they are loved or hated. as long as they evoke reaction they are getting clicks or likes or whatever they need to remain employed. Jones is a topic that the evokes reaction.
RE: Guy is an idiot, he is not booted
widmerseyebrow : 10/11/2022 6:43 pm : link
In comment 15858060 Giants73 said:


Daboll calls it a boot setup too. Is he an idiot too?
Link - ( New Window )
...
SFGFNCGiantsFan : 10/11/2022 6:57 pm : link
Orlosky is very knowledgeable. He called the UNC ND game a couple of weeks back & made a lot of insightful comments.
This offense has a much to do with Barkley, our WR's sucking
PatersonPlank : 10/11/2022 7:39 pm : link
and our OL not being good at pass protection, as it does about Jones. Its just lucky for us that this offense fits Jones skillset.

Orlovsky positions as a negative, but I look at it like Jones has the skillset to execute an offense that best fits the team. An Immobile QB could not run this. Orlovsky has been critical of Jones for a while now
RE: There's good info there.
jomps : 10/11/2022 8:00 pm : link
In comment 15858195 Ten Ton Hammer said:

Where did Orlovsky go to college again?
Orlovsky is 1 of the better guys on ESPN
nygiants16 : 10/11/2022 9:40 pm : link
he is not there to make outlandish statements, he backa his stuff up with video and good analysis..

He is not saying Jones still sucks, he is saying Daboll is putting him in the best position to succeed, its not a knock its the truth..

They are feeding Barkley and Jones is playing off of that using his legs and getting guys open with good scheme..


I don't think so, after that he said "that means over 200 hundred of them are play-action, screen, RPO, boot"

All of those are pass plays so he meant 302 pass plays.

I mean I don't think Orlovsky is bad but when you make up numbers just to tell a narrative you lose your point (even if it is a good one imv).


Why does that matter? My opinion of him was actually negative at first - he was like Romo, very loud and didn’t breath. He’s gotten a lot better in that regard and provides better insight than just about anyone in the business.
RE: Agree a lot of half field reads, no full field scans
giantstock : 10/11/2022 10:08 pm : link
In comment 15857935 nym172 said:

If you watched the games you know DJ didn't drop back to pass 60 times per week, hell I'm not even sure we ran that much plays as an entire offense. Run designed plays + pass designed plays.

Just odd that you fixated on these numbers the same way Orlovsky did, unless I'm being very dumb here, I just don't get it how it would already have been 300+ pass plays.

Now about what Orlovsky was trying to argue, I think he nails it with DJ's best quality, it's always been his accuracy imo.

But I've always believed his greatest flaw was a lack of confidence, for anyone that's played competitive sports at any level, you know that can have a snowball effect on your game, a big part of sports are the mental part, maybe even more than 50% in some cases (obviously this varies depending on the sport).

And seasons always started bad for DJ: 0-5 in 2020 and 0-3 in 2021. That and the fact that he had subpar talent surrounding him in some areas, some bad coaching IMO and some nagging injuries, I can't see how someone who doesn't trust himself (lack of confidence) could turn that around in those circunstances.

Now the situation is very different, coaching appers to be excelent, the team started the season VERY well and he has some pieces on offense (AT and Barkley), now he has time to build his confidence back up and hopefully show us what he's capable of. Not sure what that would be but hopefully enough so that we could be comfortable moving forward with him, it would really suck to have to start over at QB.
I’m not fixated on the numbers
ajr2456 : 10/12/2022 6:27 am : link
You asked a question I provided a possible explanation that he misspoke somewhere. The Giants are averaging 63 plays per game.