If OBJ is healthy and joins the Giants what's the impact?

Jim in Forest Hills : 11/16/2022 10:09 am
Does it change your outlook for the team in 22? Team could also be getting Neal, Ojulari, Flott, Williams, Mckinney, Robinson back at some point. Adding Odell with these potential add ons, what are the Giants capable of?
Jolt of energy into the team for a few games
crackerjack465 : 11/16/2022 10:23 am : link
probably get to 11 wins, but I think even with Odell we are a high wildcard team, depending on who we play we can get out of the first round, but I don't think we're contending even with all those guys and odell.


There's more than 1 way to pay someone. If he's looking to get rich, its not going to be due to his 2022 salary for less than half a season of games.

He can sign a 1 year deal to prep for FA, or sign a multi year deal with performance escalators. We don't know what his preference is.

I think Daboll/Kafka could work him in well, and relatively quickly. These WR's aren't asked to do much as it is, what would be so difficult for him to learn?
The impact would be more impactful on twitter...
DefenseWins : 11/16/2022 10:40 am : link
...
My dream scenario is that OBJ signs with us
SomeFan : 11/16/2022 10:42 am : link
we're losing to the Cowboys all game on T-day but are keeping it close. OBJ scores a TD as time expires as D Jones on a the run hits OBJ in the end zone. Spectacular catch. Pandemonium ensues.


It definitely would be great for team morale and would setup a fun redemption narrative going into the playoffs and next season.

On the field this year, even if he's just a decoy, I think that opens up things a bunch for the offense.
Minimal
ZogZerg : 11/16/2022 11:06 am : link
But he isn't coming here
RE: He is not
ZoneXDOA : 11/16/2022 11:07 am : link
In comment 15909665 PaulN said:
If he wants to get paid, he’s coming to NY where the lights shine brightest. He’s always wanted to cement his status as a legend. Any other team he goes to, he’s not going to be the #1. Though the Rams might be a good spot not that Kupp is out for the season. Still, I think that team is going to make Van Jefferson a focal point of the offense. Here, he would immediately be the best receiver on the team and if he were to help give us a legit receiving corps and help us win the division, maybe the conference, his legendary status would be a lock. Plus he WANTS to be a a giant
I assume OBJ has some outsized social media presence
Spiciest Memelord : 11/16/2022 11:15 am : link
that's probably more important to him financially than some NFL contract at this point in his career. He can scam fans for tons of money with crypto schemes and dubious health fads like Tom Brady.
You guys have to stop looking at him
Dave on the UWS : 11/16/2022 11:20 am : link
like he's still "OBJ". Medically, I can't see ANY way he is anything more than a JAG, if that. He's pushing 30, 2 ACLs and other serious injuries. Medical science is wonderful, but it ain't that good!
RE: You guys have to stop looking at him
UConn4523 : 11/16/2022 11:24 am : link
In comment 15909745 Dave on the UWS said:


If that's the case then we won't be interested. I trust our FO/Coaches - if they end up signing him you can pretty much deduce that Daboll is confident he can make an impact. He wouldn't be signed to just sit there.
.
winoguy : 11/16/2022 11:25 am : link
The guy blew his knee out 9 months ago, for the second time. He head cased his way off this team once and did the same thing in Cleveland. Do you really think this current administration sees this guy as a fit for what they are trying to do here? We don't need an overpriced WR with an injury history. Cant wait for someone else to sign his sorry ass so we can put an end to these threads.
RE: I forgot to add
Johnny5 : 11/16/2022 11:30 am : link
In comment 15909688 SomeFan said:

Not that's a visual I just can't unsee. Thx for that!

OBJ in 2022, coming off 2 ACLs, at his age, is, IMO a #3 WR now at best. But that would rank him higher than any other WR on the team. He'd help some, but it's hard to see him as a huge difference maker on the Giants. He'd help Dallas more where they have other good WRs.

The Giants could make the playoffs this year, but I still don't believe they're ONE player away from being able to hang with KC, Buffalo, Philly, and Dallas. Despite the turnaround and the record, IMO, this still ain't the Giants' year.

And I still don't get where you guys think the Giants are going to find the cap space to pay him THIS YEAR. The contract would have to be HIGHLY creative to say the least! And they should definitely NOT overpay for him. He's another guy who hasn't shown he can stay healthy.
where did this
Dr. D : 11/16/2022 12:38 pm : link
"One player away.." business come from? I really don't understand it.

Were the eagles "one player away.." when they traded for AJ Brown this past spring? F no. Going into this season, many didn't know if Hurts would ever be a super bowl caliber franchise QB. Brown helped Hurts and the eagles take a major step forward and they're significantly closer to the big one with him than without him.

There are probably countless examples of FA signings of impact players by teams that weren't "ONE player away", where that impact player ended up helping the team get closer and even eventually win the big one.

I'm not comparing this version of Odell with AJ Brown or '05 Plax, but as I said on other thread, part of the long term here is evaluating Jones and deciding on his future. If OBJ can be signed to a reasonable deal and provide decent WR play, it could greatly help with the Jones decision.

Also, some playoff experience for a young team is never a bad thing.

The idea of waiting until you're "One player away..." before you make a move is silly, imo. First, you never know how far you're really away and second, the impact player you might need when you think you're truly one player away, might not be available then.

It's starting to drive me a little nuts. Was even thinking of starting a thread on the subject.

The Rams went 4-12 and finished in last place in NFC west in '98. Prior to the trade, they had signed Trent Green to be their QB (Kurt Warner was on the roster but no one thought he was the guy).

Few if anyone thought Green was a great SB caliber QB. People might say, yeah but what about Kurt Warner? That's just more evidence that you never know truly how far away you are.

I don't think anyone is forgetting. Just thinking he might have matured (as many people do as they leave their 20s) and maybe humbled by his injuries and current unemployed status.
He has matured
MotownGIANTS : 11/16/2022 2:20 pm : link
thru growing pains of life. He'd come here work hard and hope for the best same as anywhere else. He has always put in the time on his craft.

He knows it is vet minimum this year no real GTD bonus for 2022. Question is 2023 MAYBE 2024 but is in essence a 3 YR contract. But I guess that is what you give him if by some chance of a minor miracle DRs say he is OK for 2 to 3 seasons. A coming home story and doing "good" to above avg for him in NY is $$$ and maybe his last shoe deal. His PR, Agent and father time is telling him that is a part of the equation. Helps his image sales the story of homecoming & mending fences etc .... Going to Dallas could have the opposite effect to a degree.
RE: RE: My dream scenario is that OBJ signs with us
SomeFan : 11/16/2022 2:41 pm : link
In comment 15909708 DefenseWins said:
I guess dreams don't always come true. Switch OBJ to Wandale!
The return of OBJ would be very nostalgic but be realistic.
Ivan15 : 11/16/2022 3:26 pm : link
If this was just another former Pro Bowl player who has had 3 major leg injuries including one within the past 9 months, would you sign that player if you are a cap strapped team and he wanted more than the vet minimum? Would you want him for the vet minimum?

Only way the Giants should think about him is if he is willing to join the practice squad, prove that he is healthy, and work his way back. I doubt he would accept those terms.
It is truly impossible to say
Matt M. : 11/16/2022 6:04 pm : link
because nobody knows what he can do physically. I would not expect him to be anywhere near 100% in terms of speed and quickness. I think he can still catch everything in sight, but the YAC that he is known for could be a problem. And, getting little separation and getting hit immediately can't be great for a not yet 100% knee.
Were the Germans one player away when...
DefenseWins : 11/16/2022 6:59 pm : link
they bombed Pearl Harbor !?!?!! 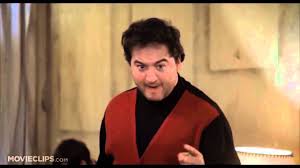 Not saying he will be great but if he even provided us avgerage number one receiver play, Slayton can be a number 2, Wan’Dale a number 3, Bellinger back at tightend, and Hodgkin a number 4.

Maybe Golliday catches a ball or 2 as the 5.

It may not be an exciting group, but it at least gives another option. Odell is an outstanding route runner. Can he use his smarts and skills to at least get some separation so Jones has some more easier throws to make.

So in short, a healthy Odell gives us at least the look of an NFL offense.

I know Odell wants the big contract, but the ego would be satisfied getting to go to the Giants and have a strong chance of being the number one receiver if healthy. In Dallas he will not be the number 1.