Cites his intelligence and work ethic.


I am just pointing out the inconsistencies of the post. Garrett is to blame for Toney checking out? He had his best gmae as a Giant under Garrett. That was 2 OCs ago. This team didn't magically transform into the greatest show on turf when they fired Garrett is my point. But I appreciate the vigalante BBI justice.
RE: RE: I think we will look back
GNewGiants : 11/17/2022 12:04 pm : link
In comment 15910955 Gatorade Dunk said:


Who the heck is that?
RE: RE: The bitterness is
ZoneXDOA : 11/17/2022 12:24 pm : link
In comment 15910802 widmerseyebrow said:
Do you have anything to back up the claims that he was faking injury, didn’t want to play and that he lacks intelligence? I can’t speak for eyebrow, but for me, all I’ve ever said is that we don’t know anything. We can assume and we can speculate, but we can’t present any of that as fact and without facts, without evidence, the vitriol and venom directed at this kid is unwarranted and really shows a feeling of entitlement that is far beyond what is deserved. The same shit happened with McKinney and all the assumptions about his character. I simply wish people would stop presenting what they THINK as indisputable fact. That’s all. But by all means, let’s keep dogging the kid.

Also: this shit where people who don’t like hip hop are making fun of Toney’s music is pretty ugly. You can’t judge talent when you don’t even like the genre. Is he the next Kendrick Lamar or Eric Jamaal? Nah. But his music isn’t bad. If he had better production I could see him being successful. But there was nothing to suggest that his hamstring was a front so he could work on his music. He was at the facility the whole time. Getting treatment, working out, etc.
RE: Dysfunctional Organizaiton
Doubledeuce22 : 11/17/2022 12:37 pm : link
In comment 15910823 monstercoo said:


The guy has played 2 games since being traded. The first game he had 2 catches for 12 yards. How is this a failure right now? It’s literally comical to see some of these comments. When he puts together a string of games where he actually plays and produces then you can start making these comments. Until then, these are just plain stupid.
RE: He was a riddle, wrapped in a mystery, inside an enigma,
Red Right Hand : 11/17/2022 12:37 pm : link
In comment 15910928 CT Charlie said:
You say that, while overlooking those of us who thought he was a headcase when he was drafted, saw trouble brewing from his first practice and have been saying the guy is a problem ever since. For some of us, it was easy to see what he was from the get go.
I trust Kelce still has enough functioning brain cells....
MOOPS : 11/17/2022 12:40 pm : link
to figure out the reason soon enough.
RE: RE: RE: The bitterness is
RicFlair : 11/17/2022 12:47 pm : link
In comment 15911004 ZoneXDOA said:


And as silly as the term 'draft capital' is, the trade was literally a gain rather than a loss. Once you pick a player, that draft capital is gone. The trade ended up giving the Giants more future picks than they had before, hence a gain of draft capital.
I think the bottom line is this
D HOS : 11/17/2022 12:55 pm : link
Probably the only thing that matters. Toney wasn't able - or willing - to get on the field. Not in practice, not in games.

All the other thoughts around him are secondary to that.

Someone please explain what the Giants staff could have done to change that? I think they did everything they could short of bribing him or physically dragging his ass out there.
Well
Semipro Lineman : 11/17/2022 12:58 pm : link

I agree, I ask myself the same question quite often 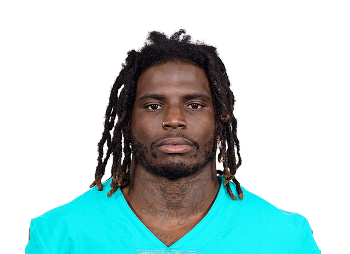 
I mean, he didn't really play many reps that first game and he was not all the way there with the playbook yet (and may still not be). But he obviously got more snaps last week and the skills are there. I think this is a situation where the Chiefs are going to be really happy with this trade, particularly in the short run, and the Giants are happy to get a malcontent out of their building. Win-win. I'll take the mediocre pick return for a guy that really didn't want to be here.

Don't know what happened w/ the Giants, we may never know.

But using my eyes, the guy does everything right when he's on the field and healthy. Plays hard, makes plays, high energy.


Another brilliant take from that link for Philly:
And then uses Washington’s 49 carries for 152 yards as the proof of being ‘carved up’. That’s 3.1 ypc, in case you wanted to know cbs’ standards are for poor run defense.

I was only glancing at KC and the Giants when I noticed the Philly headline. I don’t even want to look at the rest of their takes.
I could understand how he would be unhappy last year
Matt M. : 11/17/2022 1:41 pm : link
But, I can't think of a legitimate reason for him to have wanted out this year. To a man, this team seems to love Daboll and the entire coaching staff. On top of that, the team was winning and in desperate need of WR help. And, on top of that, NYC is certainly an area he could promote himself and his music if he succeeds. The stage was set for him. How was he not begging to be on the field?
My theory on this guy is that
John In CO : 11/17/2022 1:42 pm : link
he is a young EXTREMELY immature emotional kid. And like many kids, he seems to spend a ton of time on social media. Go back to last year when, from the very beginning of his tenure with the Giants, he was getting involved in back and forths with Giants fans who were giving him crap on Instagram, Twitter, whatever. Im thinking that right there, he decided that NY was not a place where he wanted to play. So he forced his way out. And, of course, as soon as he screws something up in KC, he will hear the same things there -they have social media too -so we will see how it goes. Again, just my theory, but it makes as much sense as anything.
RE:
cosmicj : 11/17/2022 1:43 pm : link
In comment 15910924 Dave in Hoboken said:


Bingo. Two different front offices and two different head coaches came to the same conclusion about Toney. He didn’t want to practice at times or play. Dan Duggan tweeted sometime during the offseason that Joe Judge and the front office thought Toney could’ve played the final 2 games of the season and Toney just said no.

As I said when the trade was announced, don’t be surprised if Toney is magically 100% healthy or that Andy Reid knows how to use him.


The guy just helped them win a game with a TD. It's already a bad trade...at least until we see what Schoen does with the pics.
Would Gettleman be afforded the same leniency
giantBCP : 11/17/2022 5:17 pm : link
if he traded a player that went on to produce for his next team? I think he’d be vilified for trading Toney under similar circumstances. And no, just because we’re 7-2 doesn’t mean that we can’t be critical of any of Schoen’s decisions because we have a winning record.
RE: RE: RE: He wasn't interested in getting on the field
Jint Fan in Buc Land : 11/17/2022 10:03 pm : link
In comment 15910883 JB_in_DC said:


Do you mind letting us know your name and role in the NYG organization?


You’re misunderstanding my comment. Not about player maturity/commitment. But in reference to LGG bemoaning posters behaving as manchildren. We’re grown men posting on a football board - there’s no need for us to pretend to be diplomatic about disliking a guy who quit on the team.
Kelce should go work for the FTX
LauderdaleMatty : 11/18/2022 7:36 am : link
Dmage control team with that quote. You know why he was traded. The whole league does. You can pump up your new team mate without being a liar and a shill
RE: RE: Would Gettleman be afforded the same leniency
giantBCP : 11/18/2022 7:44 am : link
In comment 15911715 chick310 said:

None of us really knows what happens behind the scenes. Maybe he was not salvagable here. Maybe not. Maybe he was reachable with the right buttons pushed. Maybe not. Daboll is proving to be an excellent coach, but he's not perfect. Nobody is.

It would've been really good for the Giants if we were able to get Toney on the field and producing. It didn't happen. I'm sure a lot of the fault is Toneys. I'm sure it was a challenge for the coaching staff.


It’s okay to be critical of any of the NYG regimes if supportable.