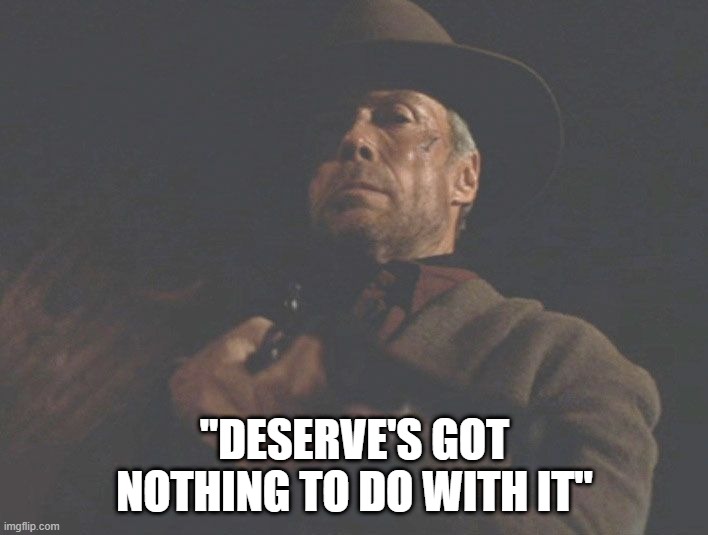 
It's bizarre. They moved the game ahead of time but didn't think to leave town early?
I saw video
moespree : 11/20/2022 1:58 am : link
They're shoveling these millionaire athletes houses and the millionaire athletes are just standing around watching. Not even helping. Most of them didn't even look like they cared or were grateful.


Hero worship makes stupid people do stupid things.
Side story, not worth it’s own thread.
Beezer : 11/20/2022 7:31 am : link
Picked up my bike yesterday (yes in 29 degree weather) after a bunch of work. Ride a short distance (just had to). Stopped for gas. Fucked doesn’t start.

I call the local H-D shop and send one of the guys with their van. We load up, head back and they determine it’s the regulator. Buddy of mine happens to be at the store while this is going on. Says, “remember that viral video of the Bills fan who broke the table and caught on fire a few years ago? That’s him.” Meaning the H-D guy who came out to grab me and the bike. lol

Good guy. Aside from the Bills fan thing. I did ask him if he has any scars. Nope! Said he stopped, dropped and rolled. 😂

Now back to the thread!
To the OP, right on
Emil : 11/20/2022 8:00 am : link
To the haters, you don’t know of what you speak. It never fails. You see people and organizations step up to help EVERYONE going through the same ordeal, and people instead offer disparaging comments absent the facts and reality.

I have several connections to that part of NY, directly in the area of greatest impact from the snow. These people always but always take care of their own. I can assure you, no elderly person went uncared for during this massive storm. I can also assure you that bands of good citizens in every neighborhood, in addition to shoveling out their own driveways, walked up and down their streets shoveling snow for neighbors regardless of who that neighbor was.

As far as the flight, the NFL did not move the game until Thursday at 4:00 pm. The Snow started about four hours later, with the heaviest coming down overnight and into Friday. There was no time to schedule a chartered flight for Thursday night and on Friday, the airport had a foot of snow. Saturday was the best day to get out as the snow band moved north in the afternoon.

As far as statements about misplaced priorities and shoveling out millionaires homes. There are 77” inches of snow on the ground in Orchard Park NY this morning. It snowed equally on rich and poor alike. That snow has collected over several days. It’s too much to dig out after the fact. You’ve had to be shoveling periodically for several days. For anyone who has not had to shovel feet of snow (even just once, much less repeatedly) I can assure you it is absolutely exhausting and stresses your cardio vascular system. No Bills fan, much less the Bills organization, wants players shoveling feet of snow 24 hours before a game. It wipes you out, and you can easily strain your back or hamstrings. Think of injured players like Josh Allen or Tremaine Edmunds. Shoveling this much snow would be incredibly stupid. Good on Bills fans for helping their hometown team out. (And all their neighbors)

You cannot blame players for not owning or hiring a plow. The storm was so massive that just about all the plows were dedicated to major roadways. The Bills organization paid for a plow to clear players paths, and members of the staff (like their Chief Operating Officer) drove to players homes to pick them up. The police escort was required by law for anyone to travel during the state of emergency on shutdown roads.

It’s worth remembering that they might be the Buffalo Bills, but the stadium is in a relatively small town surrounded by other very nice small towns. Most players live in these communities and are part of the community fabric. They are seen at grocery stores, gas stations, and picking up children at school. Bills fans don’t think of the millionaire player next door, they see their neighbor who happens to be a professional football player.
So Bills didn't leave Detroit until yesterday.
SFGFNCGiantsFan : 11/20/2022 9:10 am : link
And is flying back after the game?
Thanks for the feedback Emil
GiantMike92 : 11/20/2022 10:19 am : link
I honestly thought it is great what goes on up there, everyone helping each other. Also, remember I’ve been Giants fan for a long time but there fans are very passionate/crazy/rabid.