NFT: Landscapers or others: how to get rid of moles in the yard?

I noticed it first last week when raking out some flower beds and the ground was very weak and seemed like a hole. then I noticed more and more of them all through the mulch and now they are extending to the yard.

I have some pictures below. I called a professional wildlife removal company and the guy I talked to said it's getting to be so cold that the moles will hibernate and not be as active and anyone charging me now to treat/remove them is stealing money, but I still see the little bastards active.

He also said it's probably one or two at most and these guys can go bore through 80 feet per day. they are very destructive.

Any have a home remedy that doesn't involve poison or a blow torch?


the first picture I actually watched the dirt coming up and it was taken 10 minutes ago (I have a video) and the guy said the moles burrow deeper and there is nowhere to put the dirt so it comes up like a volcano. If the pictures don't display (sometimes they don't in an OP, I will post below) 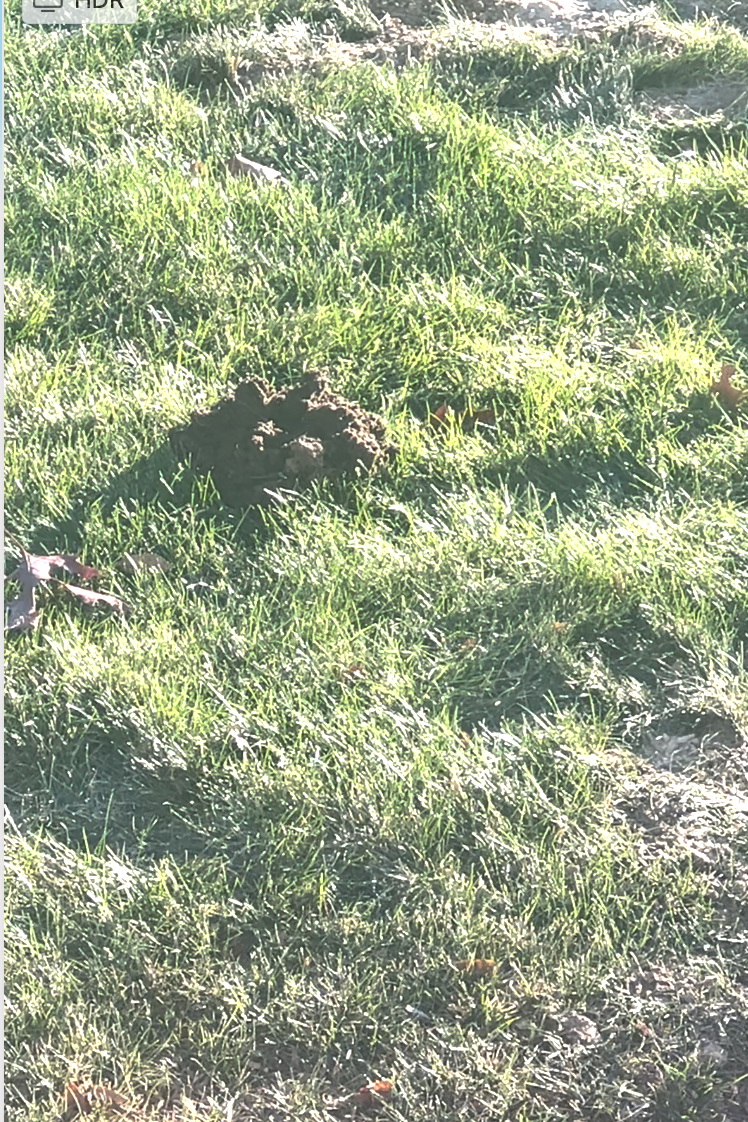 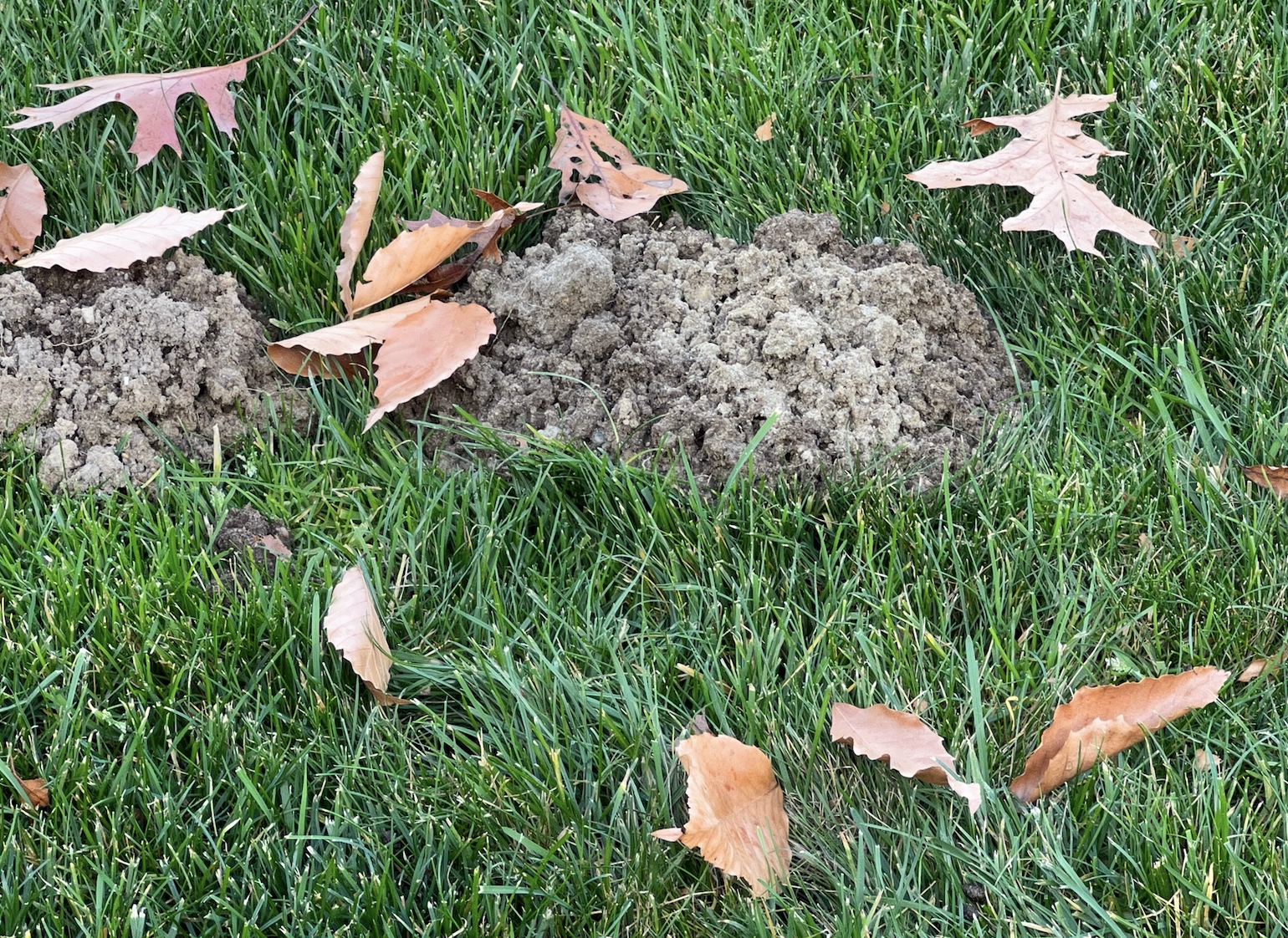 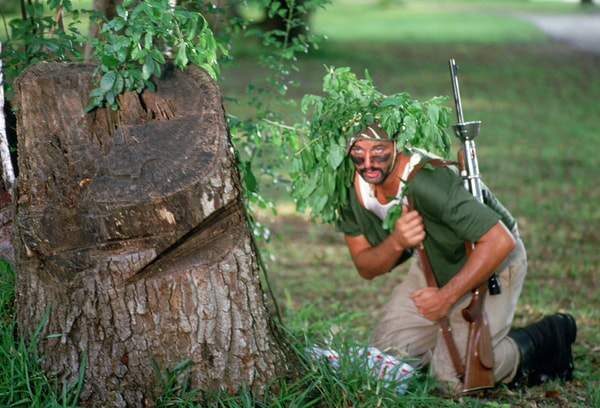 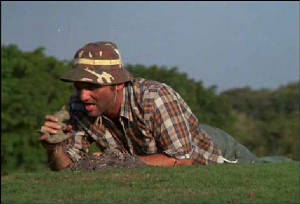 
I am trying to avoid poison in this case because so many dogs, cats, coyotes, foxes, etc. in the neighborhood I don't want to poison

but I will get some traps.


I think I could do that too, and normally I'd kill rodents, but I think moles are mammals and it just doesn't seem right to me (for now).

His recommendation was to ensure you find an active tunnel when setting them. You do that by walking on any tunnel you see to push them down (they are pushed up in a line) and then the next day you will see the fresh ones. You push it into each end of the tunnel and when the mole come through it will kill them.
Mole traps - ( New Window )
RE: RE: Traps or poison
19th Hole : 11/21/2022 12:32 pm : link
In comment 15916742 pjcas18 said:

Also if you treat your yard for grubs you will eliminate most of their food source and they should look for better feeding ground, basically your neighbor’s yard

Cat.
x meadowlander : 11/21/2022 2:35 pm : link
Had a female housecat that we would let outside. First year we got her was a bloody genocide outside. Dozens of moles, mice, birds... she wiped out whole families of chipmunks, even small squirrels.


thanks - good tip I'll see if I can pick some up, I do treat for grubs and have no grub evidence, but the mole evidence started in flower beds - which I do not treat.
Cat.
x meadowlander : 11/21/2022 3:01 pm : link
Had a female housecat that we would let outside. First year we got her was a bloody genocide outside. Dozens of moles, mice, birds... she wiped out whole families of chipmunks, even small squirrels.


I have a jack russell/corgi mix and she is a vicious hunter. rabbits, chipmunks, squirrels, and cats all have felt the wrath of rosie.

but this is in my front yard (flower beds into lawn just off the flower beds) and I don't let them out in front other than taking them for walks.


Since said he was uneasy about it for the moment, what I think about it is irrelevant. And if he is uneasy about it then this is a good way to get rid of them without killing them.
I'll kill them
pjcas18 : 11/22/2022 7:31 am : link
I would like to avoid it if it's convenient, but I don't mind really, normally for an animal outside the house if it's not necessary I would try and avoid it, but these things do a ton of damage.


Doesn't look like gophers, all the evidence points to moles, but I have not seen them yet. I did order some kill traps they come in tomorrow so we will see soon.
Stick a hose in the ground and flood the runs
Joey in VA : 11/22/2022 10:02 pm : link
They will surface and you kill them. I've also used ultrasonic traps that have pretty much eradicated everything that was forking up my mulched beds. Check Amazon for solar ultrasonic alarms that will keep everything out. They destroyed my flower beds because my yard is treated for grubs. I fought back and they are absolutely gone.
Spread castor oil repellent
GFAN52 : 11/22/2022 10:09 pm : link
comes in a granular form.
RE: Stick a hose in the ground and flood the runs
pjcas18 : 11/22/2022 10:15 pm : link
In comment 15918589 Joey in VA said:

See link below
Sonic Spikes - ( New Window )
I have dealt with plenty of moles
Mike in Marin : 11/23/2022 12:22 pm : link
on both coasts of the US. The best way is to hire someone who does it professionally. I tried many gadgets and methods and nothing compares to the speed and efficiency of a pro. They'll be dead in a week or so.