Detroit and the nine-man box

So does Dallas follow the same strategy? Every team comes into the Giants game with stopping Barkley as their number one priority. But no one stuffed the box like Detroit.

If I was Deboll, I would come out throwing on offense. Get those guys out of the box. Jones has had it easy this year as a healthy Barkeley has opened up secondaries. Time for Jones to repay the favor. Pass to set up the run.
I think
46and2Blue : 11/23/2022 10:30 am : link
Dallas is more talented on defense than the lions. They don't need to sell out to stop Barkley. Their fron is a handful. That said. Aaron Jones tore them up.
Come out throwing to who?
kinard : 11/23/2022 10:36 am : link
Darius Slayon? Lawrence Cager? Giants need to run the ball somehow and shorten the game. That's what they do best. Keep the Cowboy offense off the field. Win the special teams match up. Need a huge game from Saquon and few plays from Daniel Jones. If Daniel Jones is throwing the ball more than 25 times, we're cooked.
Flea Flciker on the Very First Play From Scrimmage
LTIsTheGreatest : 11/23/2022 10:47 am : link
for a touchdown! Jones to Barkely, back to Jones who hits Golladay for 75 yard strike!
I dont think its just come out throwing
nygiants16 : 11/23/2022 10:49 am : link
its spread them out and hit them with the RPO, make Parsons and Lawrence think a little bit and it slows them down on their pass rush just enough..

It also creates lanes for Barkley to hit because those DEs have to pause just a secons to make sure Jones doesnt have it
They'll come out stacking the box a bit
Producer : 11/23/2022 11:01 am : link
maybe not as much as Detroit, but this is the recipe to stop the Giants. Expect teams to do the "reverse Mahomes" and dare Jones to beat them.
Boy
ambr0se201 : 11/23/2022 11:10 am : link
I miss the days of starting out the game with an I-Formation playaction bomb from eli to burress. one vs the falcons always comes into my mind.
We kept
46and2Blue : 11/23/2022 11:38 am : link
hearing about Barkley lining up as a WR, and him being more involved in the passing game. Need to start seeing that. Maybe try to get him and Breida on the field and get him in out on some match up routes. Kafka needs to be creative if we are going to win this one.
I think the plan will be to possess the ball
Lines of Scrimmage : 11/23/2022 11:39 am : link
however the run/pass ratio breaks. Giants are at a disadvantage being on both short rest and having to travel.

You get into the second half of these games fatigue sets it.

The keys are play count and TOP.

That said, none of it will matter if they don't hold up on their blocks. It doesn't matter if the Cowboys rush 3, the blocking up front, which was as much of a failure of an OL in a single game I've seen as there was at any point during the Judge or Shurmur eras. It was disturbingly bad. I think it's a case of guys not being 100% and also the fact that Lemieux and/or Gates may not quite be back.

And I will say this re: Lemieux...prior to his injury, he was not a good pass pro guy. They miss Bredeson, and he's not a world-beater.

I think Lemieux and Ezeudu need to be coached up, hopefully they can show they can be part of the future before the end of the season. Would like the Giants not have to feel like drafting interior OL early is an imperative, although it still might not be a bad idea.
Huh huh
FranknWeezer : 11/23/2022 2:40 pm : link 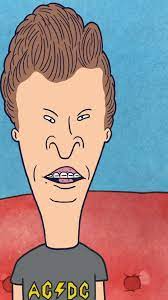 Ha! I visualized nearly the same thing except to Slayton.