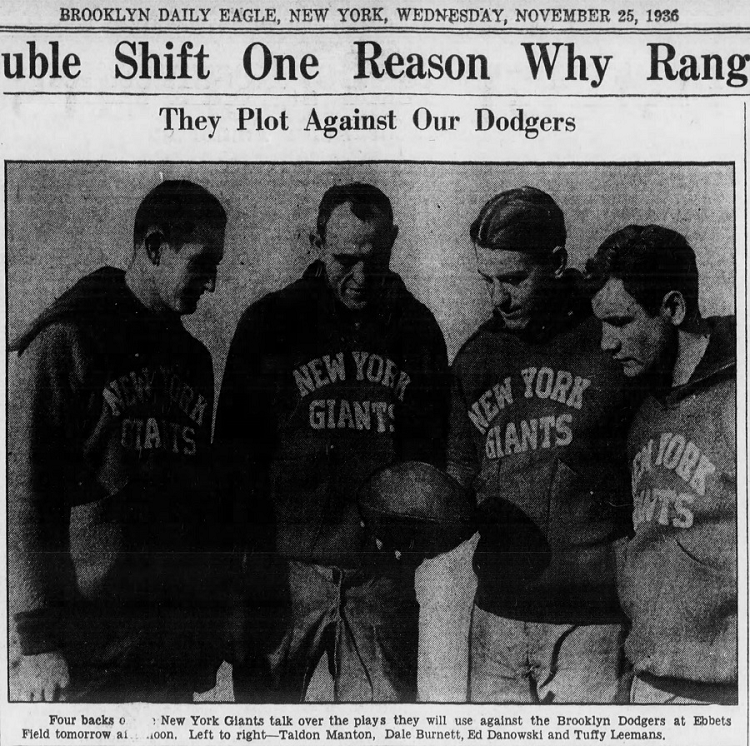 I always think it's fun to look back at the Giants early history when they played on Thanksgiving just about every year - usually visiting the Staten Island Stapletons (even in their pre-NFL days when they operated as an independant organization) or Brooklyn Dodgers.

Thanksgiving football is an age old tradition that dates back to the 1800s when rivalry games were scheduled to close the season (before there were bowl games) and carried over to pro football in the 1910s and 1920s. It began to fall out of favor after the NFL split into divisions and began playing a xhampionship game, the Detroit Lions being the only team to keep the tardition alive for many decades until TV networks decided a holiday football double-header was a good idea.

I've linked to an archived thread I posted a few years ago, and withing that thread is a link to an earlier thread, the first one I put together chronicalling the Giants on Thanksgiving.

Link - ( New Window )
The oldest Giants Thankgiving photo I have
truebluelarry : 11/24/2022 8:12 am : link
Unfortunately there are no Staten Island based newspapers available without visiting a libaray in person and scrolling through microfilm. About a year and a half ago we (the GUD staff) paid a researcher at a local branch to find whatever he could for us. The bounty was small, and that scans weren't exactly fantastic, but it did include this one little gem that I am very please to have in my own personal archive, as it not only plugged a hole in my Giants photo timeline, but offers a decent view of the inside of Thompson Stadium, which are rare. 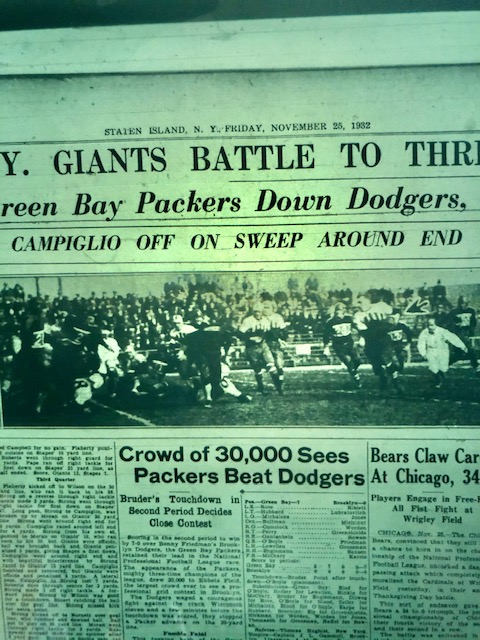 I didnt think so...Obviously I remember the Detroit 1982 LT inteception on the goal line game....I forgot about Dallas in 1992.....was that one even close?